Can the world close down for a year to save the planet?
Dr Diana Carroll 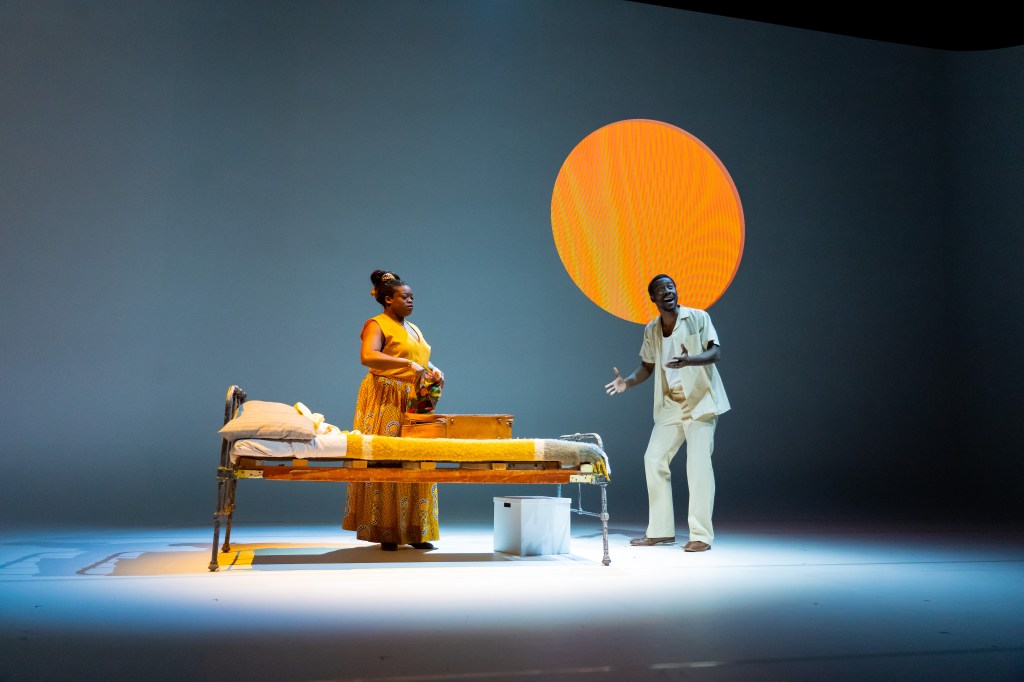 It’s the year 2030 and the earth is facing almost immediate devastation from climate change. Desperate and drastic action is needed to save the planet and its inhabitants.

Local playwright Finegan Kruckemeyer offers one possible solution in this ambitious new play. Can the human race emulate the animal kingdom and go into hibernation? This radical plan would see us all go to sleep under the apparently harmless effects of a new gas, known as 54E, which will be pumped across the globe. We will all sleep for exactly 12 months and wake up as before, giving the planet a chance to reboot and re-grow, literally from the ground up.

I love this as a hypothesis, an extreme take on blue-sky-thinking. Everything else has failed, so let’s try something so daring and so untried. This is, indeed, a last chance scenario.

The Adelaide audience was clearly impressed at the world premiere performance at the Dunstan Playhouse. Hibernation opens in a stylish ‘white box’ set with excellent lighting and a porthole screen back-of-stage for projections. The music evokes thoughts of French composer Jean-Michel Jarre and there is an unmistakable feeling of 1982’s Koyaanisqatsi  in the video sequences of life rushing by. Futuristic narratives are a popular cultural phenomena and this is a worthy addition to the canon. And it’s Australian, so even better!

The play looks good. The set and costume designs by Jonathon Oxlade are clean and defined but still have a very human dimension, and the lighting and sound design both add layers of meaning. It all looks and feels very slick and modern.

Hibernation is directed with a confident hand and clear vision by State Theatre’s own Artistic Director Mitchell Butel. The actors stride across the stage with fierce determination, some playing multiple roles as the drama unfolds.

The script doesn’t focus on the scientific details of the climate emergency, thankfully saving us from too many didactic monologues. It is simply stated, almost too simply for such big-picture issues. This does mean that much of the dialogue sounds like individual statements, or declarations if you like, rather than real conversation. It’s hard to feel empathy for characters who want to talk at you rather than to you. The moments where the characters become real, such as the father (Rashidi Edward) proudly polishing his family’s shoes before going to sleep, give the play some emotional depth. The relationship between Maggie (Elizabeth Hay) and Pete (James Smith) that develops in Act 2 is warm and real and almost feels like a scene from a different play.

There is precious little discussion throughout of human rights in this dystopian enforced hibernation, which is to be imposed regardless of opposition. Some more debate, or dissent, would strengthen the dramatic tension.

Hibernation is set in the year 2030, now only some 3,500 days away. Speculative fiction is often set in a more distant time and place  – 50 years, 100 years ahead – and that would make this scenario much easier to accept. And there are other small irritations such as the ministerial advisor who comes up with this audacious idea being incensed that her name isn’t on the plan. Surely that’s the reality of the job – you’re there to advise the minister?  And we’re told that half a dozen countries have not agreed to hibernate, but the script doesn’t resolve this issue. These may be small points but they do undermine our willing suspension of disbelief.

Finegan Kruckemeyer is an accomplished playwright who is probably best known for his works for children and young people such as the award-winning Man Covets Bird for Slingsby Theatre Company. His works have been performed across the globe and translated into multiple languages.

Hibernation is certainly an original idea and is brought to life here by a team of experienced actors and creatives.  And it is clearly a play of its time with all the recent reportage of the impending, and seemingly irreversible, climate emergency.