Flipping to reveal the underside of the gig economy.
Vanessa Francesca 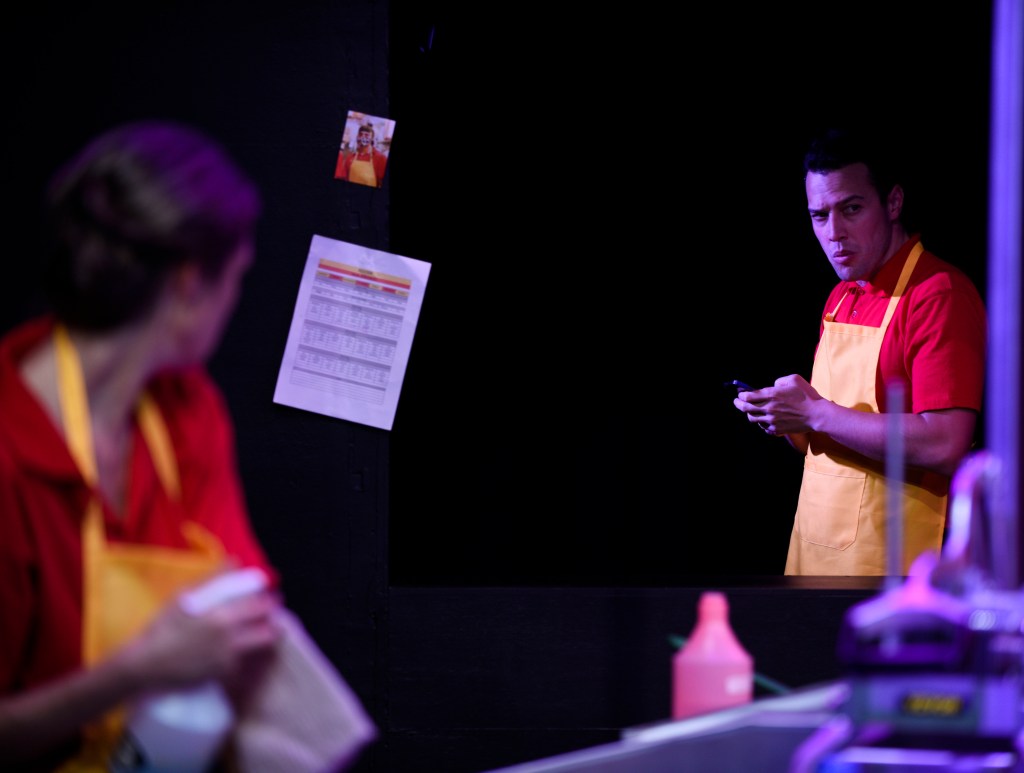 ‘…this relatable play about the gig economy crackles with wit and verve.’ Photo by Jodie Hutchinson.

Red Stitch Actors’ Theatre is an Australian arts institution on the scale of its Carlton cousin, La Mama. It is irreplaceable as an incubator for original Australian content, and its programming team often take exhilarating risks in supporting emerging artists. Red Stitch also runs the INK writing program, which supports new works from emerging Australian playwrights. Morgan Rose is one of these playwrights and her ensemble dramedy Fast Food is one of a string of well-received plays for Melbourne independent theatre companies such as Theatre Works, SpeakEasy and La Mama.

Were this not itself an excellent credential, the play was directed by Bridget Balodis, who is currently director in residence at the Malthouse and has been part of the Melbourne Theatre Company’s inaugural women directors program. In Balodis’ hands, this relatable play about the gig economy crackles with wit and verve.

Fast Food is a play about overworked people in underpaid jobs in environments that mistreat staff. The protagonists include a manager who is a refugee and vegetarian, a divorced single mum returning to work after a period of childcare, a nerdy girl, and a mean girl, both going nowhere in their lives.

These vignettes are when Rose’s episodic writing and Balodis’ emotionally immediate directing are most in sync with the actors’ holistic approach to their hourly rate worker protagonists. Particularly notable are the monologues where Kevin Hofbauer’s refugee character and Chi Nguyen’s freedom-loving internet trickster are brought to life in a way that lifts the humanism of the setting out of the dehumanising aspects of customer service retail.

The benefit of small theatres like Red Stitch are their intimacy, and Fast Food uses the dynamic between its performers and their audience to great effect. Rose and Balodis incorporate elements of improvisation that feed back into the script. The actors know their characters well and know how to convey vulnerability and connect with an audience.

The drawback of such an approach is that sometimes the dynamism of the performances override the realism of the setting, so the play becomes a dream we can’t wake up from and aren’t sure whether it’s staged or real. With so many accomplished theatremakers, this is a small price to pay for admission into a world where the workers, as well as the products, are the commodities.