The Light in the Piazza

The most romantic show you’re likely to see on the Melbourne stage for quite some time.
Reuben Liversidge
[This is archived content and may not display in the originally intended format.] 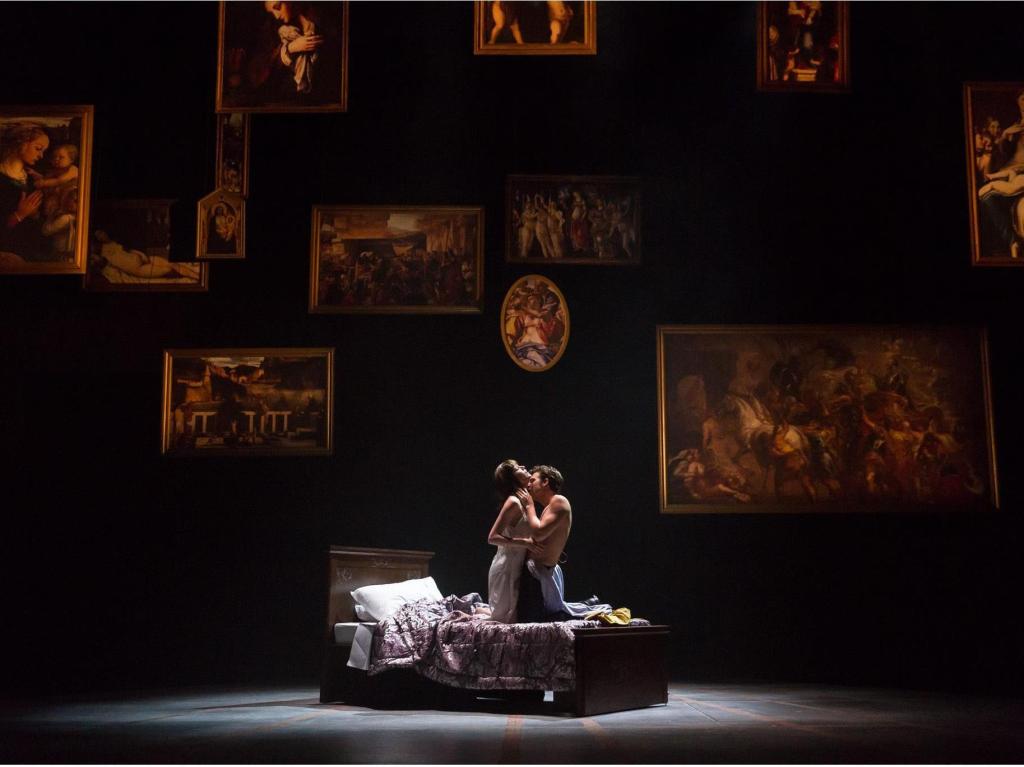 The Light in the Piazza, photograph by Ben Fon Photography.

A mother and daughter are on vacation in Florence, Italy in the summer of 1953. The daughter falls in love with a young Italian man and her anxious mother has to learn to let her go. This is essentially the plot to Craig Lucas and Adam Guettel’s The Light in the Piazza and while it may seem simple this ravishing musical is actually emotionally complex and musically avant-garde. It’s also the most romantic show you’re likely to see on the Melbourne stage for quite some time.

All of the characters in Piazza are brilliantly drawn three-dimensional human beings and the casting in this production is flawless. Chelsea Plumley plays the lead role of Margaret Johnson and she is brilliant. Her performance is nuanced and she brings out all of the complexities of Margaret’s character. Plumley puts her gorgeous soprano to good use throughout the show and sings Guettel’s score beautifully. When Plumley sings ‘Dividing Day’ in act one we see the disintegration of a marriage and a mother’s wish for a different life for her child in one perfect song and one poignant performance.

As the young lovers, Clara and Fabrizio, we have relative newcomers Genevieve Kingsford and Jonathan Hickey. Both performers are excellent in their respective roles and they are giving exciting breakout performances; these two look set to have long careers ahead of them. Kingsford perfectly captures Clara’s wide-eyed innocence and her burgeoning maturity whilst Hickey steals the audience’s heart with his passionate and slightly quirky Fabrizio. These young actors are also blessed with powerful voices and it’s such a joy to hear the lush score sung so gloriously. Kingsford’s interpretation of the title song is brilliantly complex, Hickey’s simple declaration of love in ‘Love To Me’ is perfection and their duet at the end of act one is thrilling.

The supporting cast are all wonderful. Josh Piterman and Madison Green are very funny as the bickering lovers Giuseppe and Franca, Anton Berezin brings the requisite authority to the role of Signor Naccarelli and as his wife Johanna Allen brings a warmth to the role as well as a powerful soprano voice. Director Theresa Borg really has assembled the perfect cast for this production.

This is Life Like Company’s third season at the Playhouse, they previously presented Passion in 2014 and City of Angels last year, and this production of The Light in the Piazza is their best to date. From the gorgeous set and costume designs through to the generously sized orchestra this is a sumptuous presentation of a beautiful gem of a musical. Borg’s direction is assured and the songs and scenes progress effortlessly. There are a few somewhat unsuccessful directorial choices. Why have both actors and stagehands move the set around? Also the numerous paintings that constantly fly in and out become a bit cumbersome and sometimes obscure the action happening on stage. But then we are also given some brilliant moments too, such as the choreographed flying of Clara’s hat in the opening sequence and the tense scene where she becomes lost in the streets of Florence; this latter moment’s effectiveness is greatly assisted by Tom Willis’ brilliant lighting design. Ultimately you couldn’t ask for a better production of Piazza and Life Like Company should be very proud of their achievement.

In the opening song Margaret sings of a ‘new old world’ and this is the perfect analogy for the show itself. Piazza takes the traditions of the classic musical and pushes the boundaries of what theatre music can be and how it can tell stories on stage. There are no power ballads or pop songs in sight. The music is thrillingly romantic and approaches the operatic in its scale and presentation. It’s the perfect accompaniment to the setting and story. The writers of this show trust the audience and challenge them to explore their world in a sophisticated way. About a third of the score is sung in Italian with no translation offered; these are real characters singing in their natural language. However, we never miss a moment because the characters are so extensively drawn and the performances so wonderfully realised.

But don’t misunderstand; this truly is a show for everyone. Lovers of complex musical theatre will be in heaven as will anyone who has ever been in love before or been a parent. For all its sophistication and intricacies The Light in the Piazza is ultimately about finding love and learning to let go. Now buy your tickets to this production and get ready to fall head over hills in love.

The Light in the Piazza