The Bluebird Mechanicals is a menagerie of wonders. It is, in short, a work that needs to be seen.
Charlene Li
[This is archived content and may not display in the originally intended format.] 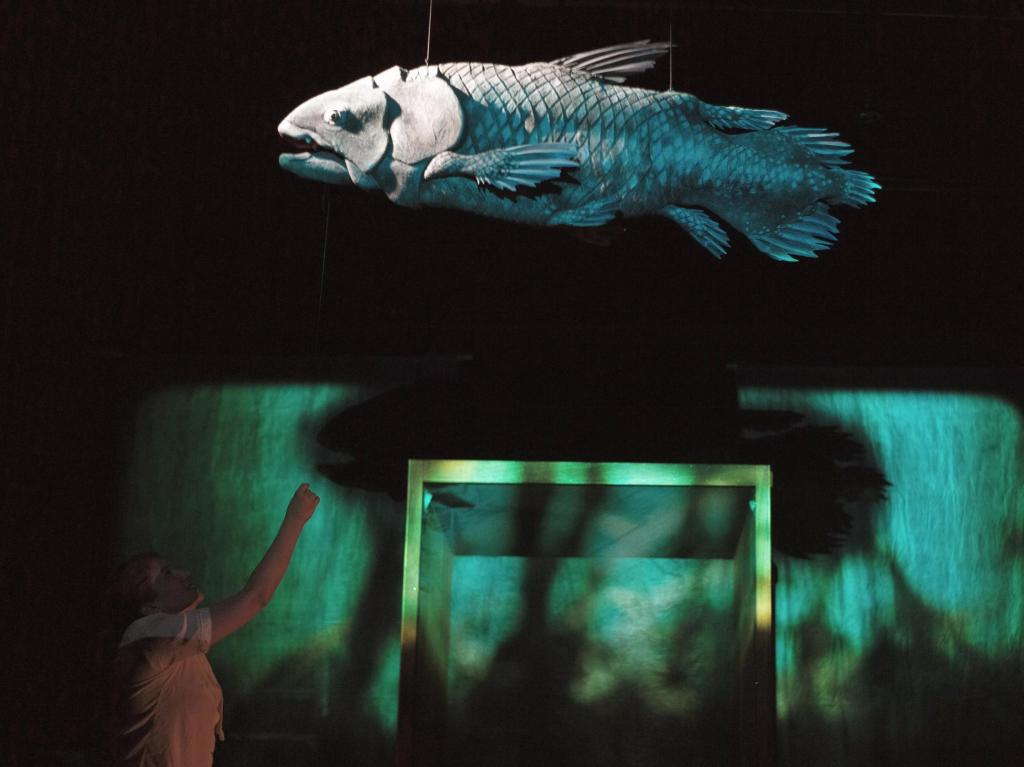 The experience of seeing The Bluebird Mechanicals is like passing through a series of surreal and intricately crafted worlds with a single clear constant: the ambient and pervasive sense of existential finality. It’s presented as an interdisciplinary solo theatre work but transgresses simple categorisations; there’s puppetry and performance art, film projections and immersive theatre. Talking animals, characters from Chekhov’s The Seagull and a voyage into oblivion are just some of the threads used to weave this fabric of magical realism. While the themes are dark and weighty, they’re treated with humor and absurdity. The most chilling moments are ones that convey a sense of resignation and weary indifference in the face of impending doom.

Talya Rubin as the performer, writer, and co-devisor takes on each of her roles on stage naturally and adeptly, and here ‘roles’ doesn’t just mean characters — she also puppeteers and facilitates scene changes with a few manoeuvres and the flourish of a conjurer. Rubin’s portrayal of the various characters are also excellent; her monologues as the old Russian lady has the enticing warmth of a grandma regaling her grandchildren by a fireplace, while the straight-talking stewardess on the voyage to oblivion is poles apart. The performances as Nina and Konstantin are nuanced, engaging, and often comical. The appearance of  various talking (and singing) animals in the form of puppets, wind-up toys and taxidermied animals is delightfully non-sequitur.

What could loosely be described as the lighting and set design is a masterpiece in its own right; a composite of wonders from a team of disparate talents, interdisciplinary like The Bluebird Mechanicals itself. There are moments when the stage could be mistaken for a museum, decked with dioramas, miniatures and taxidermied animals. Painted sets are used along with still and video projections to create strikingly beautiful backdrops, imbued with tone and character by the lighting. Konstantin and Nina appear against moonlit nature scenes lit with muted greens and violets, while the Harbinger flies in sharp relief against a projection of the night sky with a full moon in tow. Video projections are used thoughtfully to elevate or complete scenes, never gratuitously or as substitute for the live theatre; the way its used to create immersiveness is particularly well done. Sound design from Hayley Forward juxtaposes cheery standards from The Great American Songbook with ominous industrial electronica and jarring sound effects.

The Bluebird Mechanicals is a rare combination of being both expansive in scope and richly detailed; it’s abundant with pockets of meaning for the audience to impart. In spite (or perhaps because) of its fantastical elements, there is also the elusive sense that it has carved reality at the joints and dished it up as theatre. It is, in short, a work that needs to be seen.