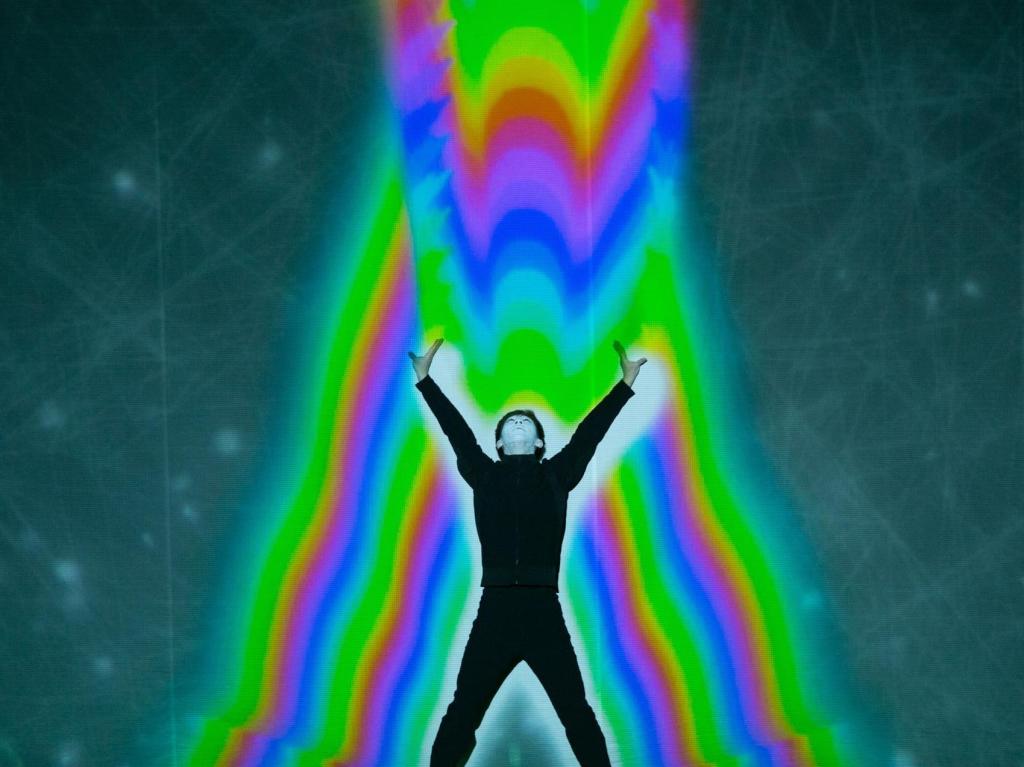 Awarded ‘Spirit of the Fringe Award’ at the Edinburgh Fringe in 2011, Siro-A has now toured widely throughout Europe and has competed in America’s Got Talent getting the Golden Buzzer from Piers Morgan and eventually progressing through to the semifinals. The America’s Got Talent website notes that the word ‘SIRO’ in Japanese means white, colourless and also, apparently, ‘impossible to define.’ The Siro-A company members all perform with their faces whited-out and their performance is really impossible to define.

The show Techno Circus consists of puppetry coordinated with utmost precision to interact with the projected imagery to animate it into 3 dimensions. The performance also features laser lighting, inventive shadow-play, mime, and highly disciplined and coordinated dance routines.

Techno Circus starts with the group members coming out on stage in front of the curtain and asking for 32 volunteers from the audience. Numbers of kids leapt to their feet to have their photos taken in various postures which were depicted for them in shadow form on pieces of card. These photos were later collated together to create a video background to accompany a dance section. This kind of interactivity with the audience marked the accessible inclusive nature of the show. The audience, which included a large number of kids below the age of 10, all absolutely loved it! Whooping and cheering and waving as the video camera panned across the audience and projected images of them live up onto the screen. At another point in the show, words sampled from audience members were used as the rhythmic basis for a digitally created song.

The precision of the dancers, especially in their interaction with the video, along with their inventive, zany sense of humour led to some genuinely funny moments. The show has a lighthearted feel, and the aesthetic is gentle and inclusive. The playful nature of the performers, together with the obvious delight of the kids in the audience at being included in the visual and the sound components of the show, combined with some genuinely funny retro moments to make for a most enjoyable performance. More shows have had to be added to cope with demand for tickets!