Sumi Jo dazzles in this tribute to Maria Callas
Lynne Lancaster
[This is archived content and may not display in the originally intended format.] 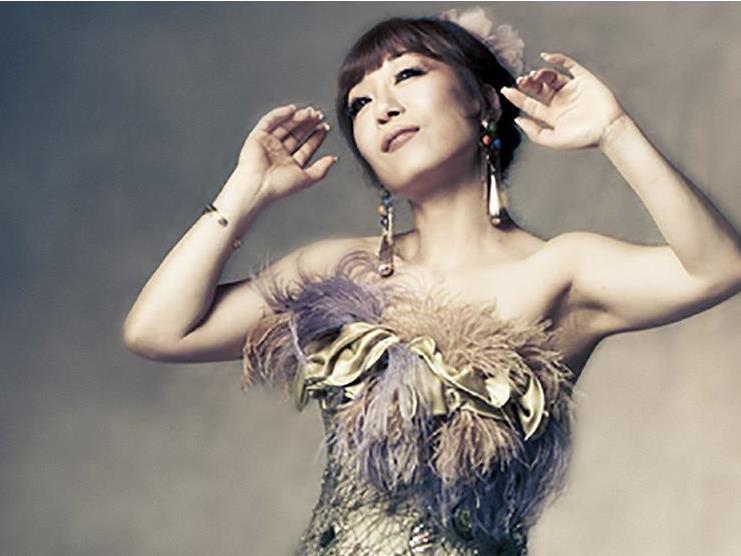 What a concert. The South Korean Grammy Award winning lyric coloratura soprano, Sumi Jo, is internationally renowned for her interpretations of the bel canto repertoire which had the audience at her feet mesmerized after the first song. With her heart shaped, kittenish face and incredible outfits she gave an amazing performance full of fluid, grace and phrasing. And at times showcasing coloratura fireworks in a tribute to the great Maria Callas; with a reflection in the programming. In this performance Sumi Jo was elegantly accompanied by Gary Matthewman on piano.

The concert opened with Bishop’s ‘Lo Hear the Gentle Lark’ from A Comedy of Errors. It was bright and energetic, at times like a bird darting with its rippling trills and amazing coloratura sections. Sumi Jo wore a spectacular red white and blue dress with a huge train and masses of frill bows and furbelows adding  to her stage presence.

Then came Rossini’s Son bella pastorella with its flirtatious waltz-like melodies. In some ways it is similar to the ‘Brindisi’ from La Traviata.

The major highlight of the first half was a ravishing, spellbinding version of Handel’s ‘Lascia Ch’Io pianga’ from Rinaldo that stopped everything else in its tracks with its powerful emotion.

Screams of brava followed after Dell’Acqua’s Villanelle – another fiendishly difficult showcase aria. We then jumped to Spain for Delibes’ ‘Chanson Espagnole’ – Sumi Jo was passionate and seductive , unleashing her inner Carmen.

A piano solo for Matthewman followed: a tremendous rendition of Debussy’s Reverie – it was a passionate jewel that eddied and flowed like the sea towards its rather fragile, delicate conclusion.

Having changed to a white and silver wedding style gown with a fish tail skirt and a veil draped over one shoulder, Sumi Jo was all lush, lyrical and romantic in Martini’s Plaisir d’amour which included some astonishingly challenging to sing showcase sections.To take us to interval we heard Adam’s ‘Ah! Vous dirais je, maman’ – which begins with ‘Twinkle Twinkle Little Star’ but that is taken and developed and twisted and fractured, leading to some almost impossible vocal fireworks that left the audience gasping.

After interval – acknowledging her Korean background – in a pale pink and green Victorian style ballgown Sumi Jo began with a languidly limpid Korean folk song Seya Seya – you could feel the sultry summer heat through her voice. The bright, inviting Into The Flower Cloud by Hungyeol Lee followed. Jung Moon Ahn’s lyrical, passionate Ari Arirang was next with the piano sounding like a Danso (Korean bamboo flute) . Balfe’s ‘I Dreamt I Dwelt In Marble Halls’ from The Bohemian Girl was luscious and dreamlike with rippling piano. Rachmaninoff’s Vocalise throbbed and pulsated and was powerful and hypnotic with tricky sustained notes excellently performed. Matthewman had great fun with a fast boppy solo of Gershwin’s ‘I Got Rhythm’.

Then came a showstopping, inspired, lyrical and emotionally powerful ‘Casta Diva’ from Bellini’s Norma that stunned and brought the house down. To finish the scheduled programme we had the brittle, fiendishly difficult showcase of ‘Olympia’s Doll Song’ from Offenbach’s The Tales of Hoffmann where Sumi Jo showed off her amazing phrasing and comic timing – a couple of times she had to be ‘wound up‘ and re-started by Matthewman. There was prolonged, hysterical applause and three encores were performed. The first was a heartfelt O Mio Babbino Caro by Puccini then a very fast ‘I Could Have Danced All Night’ from My Fair Lady and finally a hushed, reverent, angelically soaring Ave Maria.