Shirley Gnome Taking It up the Notch

​The title of this show is about as subtle as it gets, so those with delicate sensibilities, consider yourself warned.
Patricia Maunder
[This is archived content and may not display in the originally intended format.] 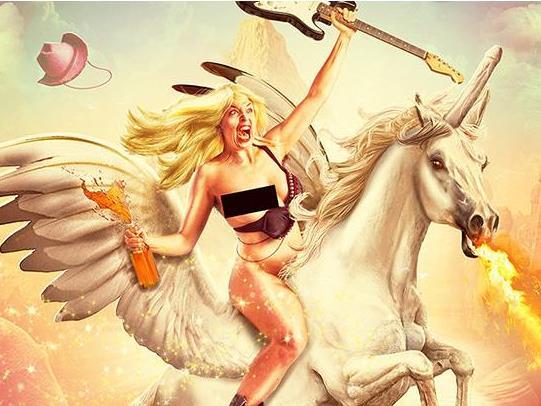 Shirley Gnome Taking It up the Notch image via Melbourne International Comedy Festival.

The title of this show is about as subtle as it gets, so those with delicate sensibilities, consider yourself warned. The opening number of Taking It Up the Notch left the audience in no doubt, as cabaret artist Shirley Gnome sang about how anything is possible – that is, it’s possible to put anything up one’s vagina. The grand finale saw Gnome comically pulling several items from up her skirt, including a cantaloupe (unfortunately, despite being in the second row, I couldn’t see much of this coup de théâtre because of the auditorium’s layout).

Gnome then gave any audience members who had got more than they bargained for the chance to leave, noting that ‘it will only get worse’, and gleefully adding that there were no refunds – an early example of how this Canadian gives voice to people’s often unspoken concerns and motivations. Everyone stayed put, and most of the audience proceeded to whoop it up at this appropriately late-night show.

Dressed in an outrageous sparkly, pink cowgirl outfit, and armed with a glittery silver guitar, Gnome delivered numerous original country-pop songs with witty, left-of-centre observations about human nature, particularly on the fraught subjects of sex and the body. She fearlessly tackled topics such as prominent nipples, birth from a baby’s perspective, farting for the first time with a lover, the concept of vegan semen, and how the c-word is not nearly as taboo in Australia as it is in her homeland. The latter was covered early on, in a joyous song that riffed a bit on John Farnham’s The Voice, and had the audience spontaneously singing along.

It was all pretty racy, but never smutty, cruel or offensive (though anyone with delicate sensibilities who inexplicably found their way into this show would be mightily offended). Gnome’s clever humour and sincerity – which was downright sweet at times, especially during her patter between songs – exploded the myth of women as either virgins or whores. She fleetingly referenced that enduring black-and-white concept while dressed as what you might call a naughty nun, one of two lyric-appropriate costume changes.

With her strong, pure voice, radio-friendly guitar melodies and pretty face, Shirley Gnome seems like the classic girl next door. She’s actually the woman next door with a positive body image who enjoys sex, and who also takes delight in getting us laughing about things we usually wouldn’t dare to whisper.

Taking It Up the Notch

Written and performed by Shirley Gnome

The Butterfly Club, Melbourne, until 18 April