Combining food and performance, Shabbat Dinner explores a Jewish tradition through the eyes of Jessica Bellamy.
Suzanne Rath
[This is archived content and may not display in the originally intended format.] 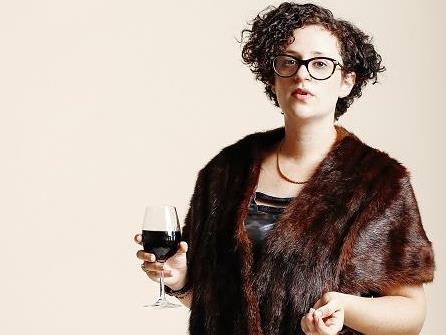 In Jewish tradition, Shabbat is a day of rest, ushered in just before sunset on Friday by the lighting of candles and reciting of several blessings. Kiddush is a blessing accompanied by wine or grape juice; afterwards, two loaves of challah bread are broken and a three-course meal follows. The role of the female family members cannot be underestimated; Shabbat itself is depicted as a queen in Jewish prayer, while women have responsibility for much of the evening, from lighting the candles to preparing the meal.

It’s fitting then, that Jess Bellamy conceived Shabbat Dinner originally as a chamber piece to emphasise the feminine. With director Anthony Skuse, she has recruited several strong women to assist her in the evening’s performance. Olivia Stamboullah’s family hails from Syria via the Sudan, while Kirsty Marillier emigrated from South Africa with her family at the age of ten. Not all involved are Jewish: Stamboullah and Marillier both learned a commendable level of Hebrew over the week prior to the show. However this is a story that is about so much more than a religious tradition: it’s a story about women, about family and about suffering and survival across generations and countries.

On entering the atmospheric Rocks pop up space, complete with its original stone walls and wooden beams, audience members are handed a glass of wine: kosher or not, depending on their preference. They are then seated in several rows facing the long dining table set for 10. With a welcome of ‘Shabbat Shalom’, Bellamy opens the evening. There is some instruction on what will come, some lessons on the history of Shabbat, a little singing and drumming, as well as some natural banter between the three performers. All read from their scripts: as Bellamy tells us, it’s impossible to remember everything otherwise, although the play has been performed with various ensembles in venues since 2013. This doesn’t detract from its production values, as Bellamy delivers just the right levels of information to intrigue and entertain.

After the initial introductions, the first diners are invited to the table. On nights when there is a small audience, there is more food; on this particular evening, most people went up for two courses. After the challah bread comes a borscht, a rich beetroot red soup that is vegan friendly. Main course is Russian rice and a vegetable dish, inspired by Bellamy’s Russian grandparents, while dinner is a honey cake served with a sweet date. A friendly atmosphere exists; guests chat over the food, while Bellamy invites us to help her serve and clear plates away.

The program for Shabbat Dinner contains numerous photographs of members of the Russian half of Bellamy’s family. Over the course of the evening, the reasons for this become more apparent, as Bellamy recounts her memories of her Babushka (grandmother). From moisturising to menstruation, her Baba had an opinion on everything that a woman ‘must do’, including suffering in silence. It was only after her death, when Bellamy and her family found pictures of the brother lost after the war and the father sent twice to Siberian camps, that they realised how much she must have hidden inside. It’s a powerful, universal tale of love, loss and the hardship that people, and women in particular, must still endure worldwide.

Shabbat Dinner is based on the Bellamy family’s traditional dinner and incorporates many of their place settings and conversations, including some excellent re-enactments of Baba’s mannerisms by Stamboullah. In the end, she tells us they’ve no longer held the dinner since her Baba died. Her audience should be grateful that it lives on through theatre and her strong, original voice.