Amos has the sort of commanding presence and confidence that could only have come from years of working the circuit.
Thuy On 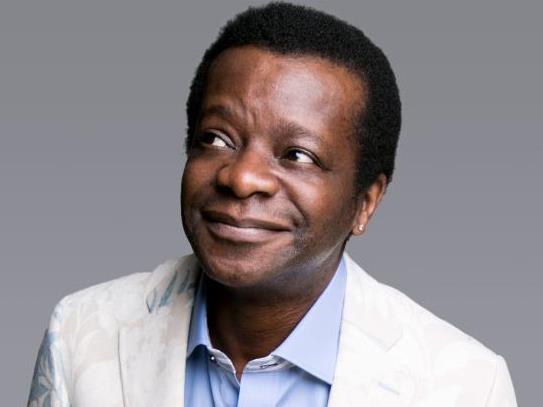 English comic Stephen K Amos has the sort of commanding presence and confidence that could only have come from years of working the circuit. His latest show reveals how he can easily play with the crowd, good-naturedly heckling the audience if the laugh-o-metre isn’t high or loud enough to his satisfaction. He has done his homework too, (even though he calls us ‘Melbournites’) gently ribbing about the inferior Adelaide mob in a previous festival before launching into a stream of locally-based material including, but not limited to: Pauline Hanson, Barnaby Joyce, same-sex marriage legislation, and Australian cricket (cue predictable but funny all the same comments about “tampering with balls”).

He uses his family to great effect, offering up a booming mimicry of his father’s stentorian voice as he relates the dramatic realities of growing up with six siblings. A potent meld of personal and social commentary is his performance schtick.

It’s not easy to create mirth from the thorny issue of race relations and racism (his ancestry is Nigerian), but for the most part Amos succeeds. Though he’s impressed by a screening of Black Panther, he is generally scathing of Hollywood’s abysmal record of using black actors and is not shy about pointing it out.

Even in the rare flat spots, Amos’ personality is such that he can override any bits that don’t quite work. And the show covers plenty of ground anyway so that even if some material doesn’t resonate, you just have to wait a few minutes before Amos comes up with something else that will.

Whether it’s Harry Weinstein, red heads, clowns, personalised number plates, social media obsession or gluten-free bread, Amos works like the pro he is. He has charisma, a good quality indeed when it comes to stand-up comedy.