A dark and thought provoking work of theatre, skilfully brought to life by a talented team of creatives and performers.
Kath Melbourne
[This is archived content and may not display in the originally intended format.] 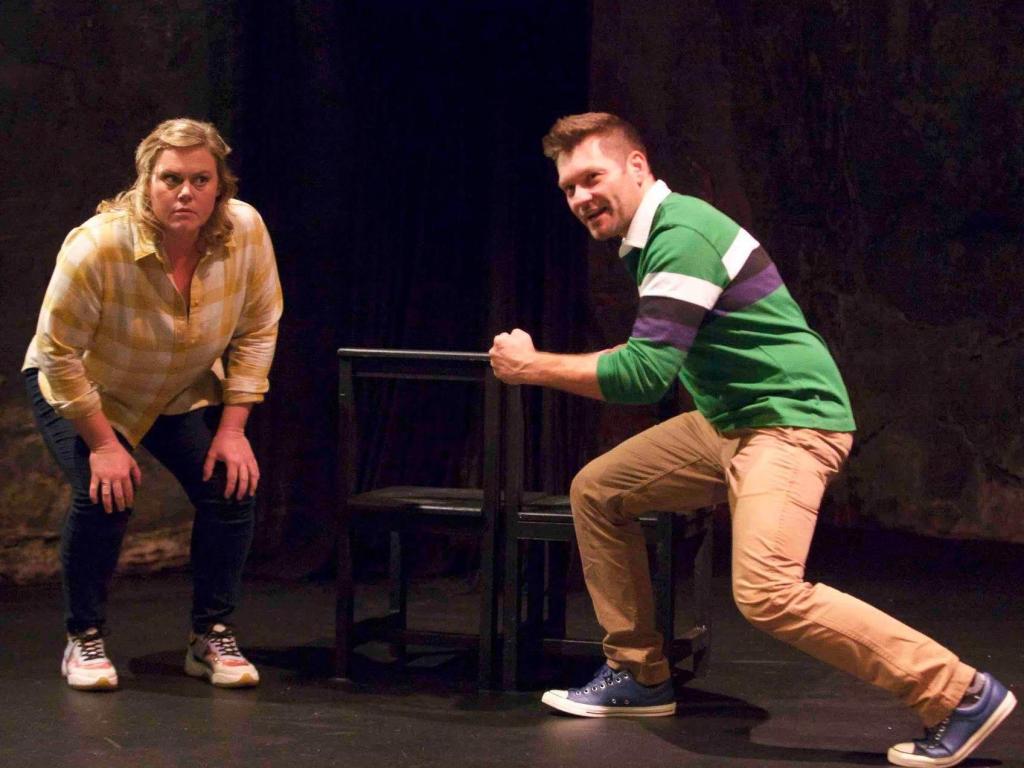 Nothing is a densely intellectual and philosophical piece of theatre, a slow burn that stays ruminating insistently in your mind after you leave. Its dark Scandi-Noir undertones are cloaked by a seemingly innocent story, but the characters’ search for meaning (or lack of it) reveals an uncomfortable journey through layers of Existential, Nihilist and Capitalist metaphors. The script is clever and multidimensional and the characters’ journey mirrors so effectively what is asked of the audience.

Nothing began as a young adult fiction novel by Danish author Janne Teller, published in 2000. Authorities initially banned the novel due to its dark and controversial nature. Despite this it has won multiple literary awards and has been adapted into a film, an opera and this play, written by Pelle Koppel. Nothing describes the journey of a group of Seventh Graders who try to persuade one of their classmates (Pierre) that the world has meaning by creating a kind of shrine to him that comprises of all their most treasured objects. As Pierre Anton’s insistence on the world and life being devoid of meaning becomes progressively smug and goading, his classmates rise to the challenge in a way that has irreversible consequences.

The work is a challenging task for the two actors who are called upon to play multiple roles, unflinchingly changing between characters, first person and third person within the space of minutes. Both Jane Hamilton-Foster and Josef Ber rise to this challenge as they bring to life a multitude of 7th Graders- the girl with beloved sandals, the class star who plays Beatles songs on his guitar, the girl with calculated inner rage or the smug boy having an existential nihilist awakening in a plum tree. Finding variance in rhythm is challenging and while the two actors find a pace that drives audience engagement and maintains focus, some of the text felt hurried and I longed for moments of breath and silence in which to absorb some of the pivotal turning points during the first third.

The play is more focussed on structured multi-person storytelling than it is a deep dive into individual characters’ inner worlds, however this doesn’t feel lacking; rather, it prompts the audience to focus sharply on the philosophical. Nothing is not without emotional connection however, and as an audience member you are pushed to define your own lines of personal responsibility, morality and ultimately to reflect on the values of connection and meaning, simultaneously material, moral and the emotional.

Director Kate Gaul skilfully finds the moments of humour and absurdity for the audience to laugh, both at themselves and the child-like innocence in which the two actors engage with the dark tasks they enact as the play builds towards its conclusion.

Gaul’s design skill is also showcased here, with her simple but deeply effective choices bringing poignancy, cohesiveness and otherthess to the world created.

Composer and sound designer Dylan Sheridan’s work is delicate and thoughtful, helping support the rhythm of the play and reinforce its darkness. There is a lovely sense of play in Greg Thompson’s lighting design, which is used to great effect to heighten movement, chaos and otherness.

This production of Nothing, its Australian premiere, is a dark and thought provoking work of theatre, skilfully brought to life by a talented team of creatives and performers.