This confined, vociferous drama works wonderfully, despite trimming away the bulk of Melville's novel save for the few spare segments that are action-oriented.
Glen Falkenstein
[This is archived content and may not display in the originally intended format.] 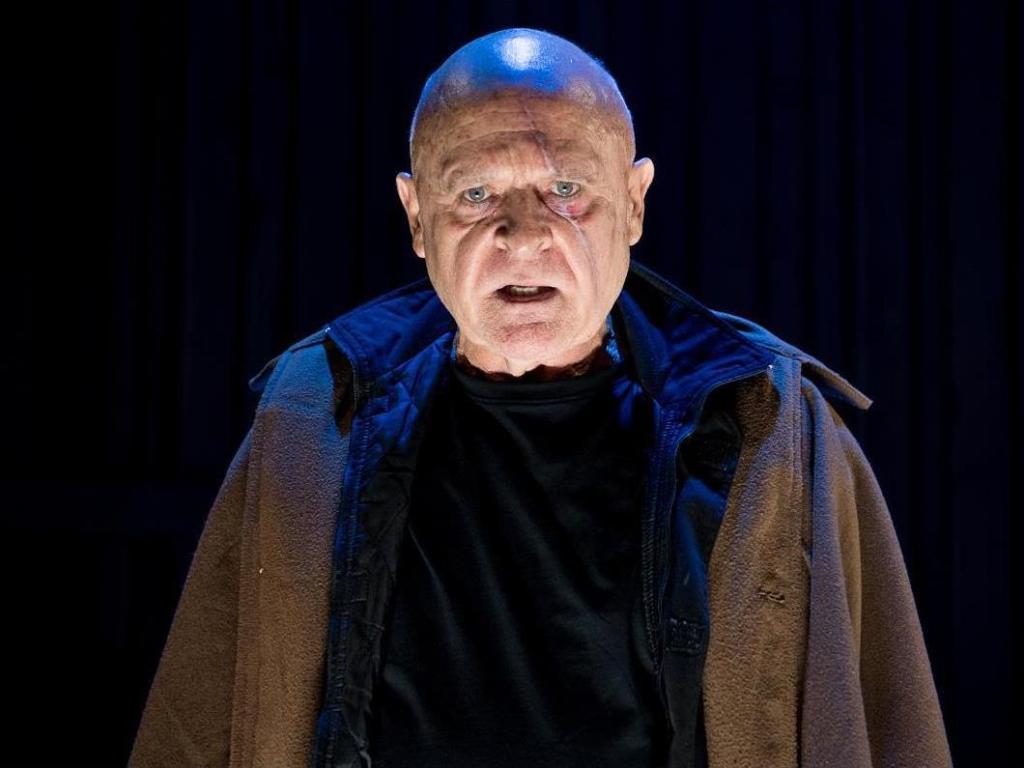 There are many advantages to books – they paint a picture for us, while permitting us to dive deep into our imaginations. Sport for Jove’s production of Moby Dick manages this with aplomb in this very, very abridged version of the novel.

Cutting out the hundreds of pages of cetology and facts such as just why so few whalers leave their ships with toes intact, the original stage adaptation by Orson Welles is here brought to thrilling life. Transfixing us with the few spare segments of the novel that are action-orientated, we jump degrees and latitudes from one confrontation to another, whether it be between our Captain Ahab (Danny Adcock) and his crew or that between same and those mammoths of the ocean, the whales.

Loyally exploring some of the novel’s richer themes, those endeared by Melville’s labyrinthine musings will not find same in this production. It is after all a dramatic retelling and by consequence of its form, far from a painstaking recreation of 12 hours of page-turning.

It’s a rare compliment to make for any production, but Moby Dick showcases its best dramatic and technical capability during, of all things, its transitions. You would barely figure you are shifting from one encounter to another as one piece of action or character slowly encroaches on proceedings to take centre stage. This effect is most visible in Adcock’s seamless introduction to events which best reflects the coherency of some of our most endearing novels, Melville’s among them.

This staging is made all the more complicated by the famous presence of Ahab’s wooden leg. Here, that particular staple of this story is well managed as are oft-debated aspects of the Captain’s character, here emerging from his cabin a charismatic and thunderous force to be reckoned with. Save two of the minor figures and Tom Royce-Hampton’s Ishmael – our point of view counterpart for much of the play – no character is here visible or present enough to bear a similar or such resounding effect.

Cycling all too quickly between several voices and personalities, the stage is crowded more often than not, giving way to one or two too many characters for whom we have space to adequately account throughout Moby Dick’s concise running time. The staging by and large distracts from much of the adaptation’s shortcomings; the use of ladders to simulate the tides and traditional sheet metal for those blustering storms are a joy to watch.

Sound too is deployed to great effect, most notably upon the arrival of the raging winds and one set-piece centred on the hurling of a spear, and in spite of what little we glean of much else that is not Ahab, the confined, vociferous drama works wonderfully.