An exceptionally fine performance successfully proposing that ‘less is more’. Presented at the Melbourne Recital Centre.
David Barmby
[This is archived content and may not display in the originally intended format.] 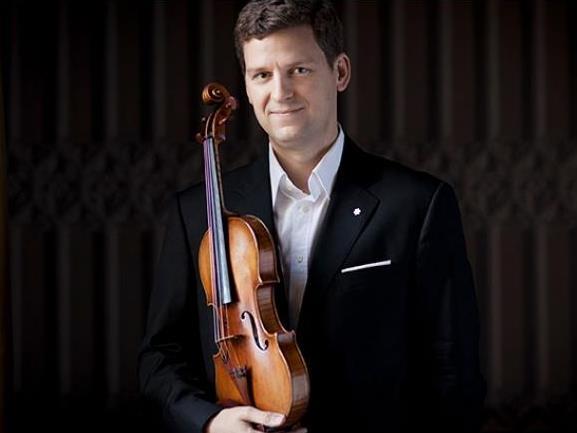 J S Bach’s remarkable three Sonatas and three Partitas for solo violin present us with a puzzle in that the genesis of these works is unknown.  Given the very high quality of the music, it seems improbable that they were conceived as mere technical studies, yet there remains no evidence that they were ever performed in concert.  We know that they infinitely extend a Baroque Germanic tradition of solo violin works written to demonstrate advances in instrument making and the evolution of technique.  Furthermore, they were composed between 1717 and 1723 when Bach was employed at the Calvinist court of Köthen, where he focused on creating instrumental and secular, rather than vocal and sacred music.

Although Bach was better known as an organist and harpsichordist, he was also an excellent violinist.  Perhaps the intention of these six unique compositions was purely to provide a source of private joy as he played them through to himself; beauty to be enjoyed for its own sake while maintaining and extending his technique.

Although it may be argued that the six solo Cello Suites were composed first, these works for the violin are unique because without the support of basso continuo Bach devises compositional methods through careful melodic contour, contrapuntal writing and double stopping to imply forward harmonic motion using a single instrument.  The fugues in particular present formidable challenges in sustaining at least the impression that all of the parts are represented. The Sonatas each maintain a consistent form, while the Partitas are more varied collections of dance suites.  One senses that these works contain the substance for much larger-scale compositions refined down to its very essence.

They have provided a lifelong fascination for Canadian violinist James Ehnes, now happily a regular visitor to Melbourne’s concert season as recitalist and concerto soloist.  He has recorded them all and has programmed them into recent seasons, with this same concert performed in the Sydney Opera House’s Utzon Room last Sunday.

On Monday night the stage was entirely bare, not even a music stand, as Ehnes entered to perform the Partita No 3 (BWV 1006), the Sonata No 3 (BWV 1005) and finally the Partita No 2 (BWV 1004).  In sum, his performance was exceptionally fine with all three works performed to very near perfection.  There was excellent intonation and technique, subtle shaping and phrasing, and a heartfelt sensitivity and rhetorical clarity within each and every bar.  If that was not enough, the warm sound of Ehnes’s ‘Marsick’ Stradivarius of 1715 within the wooden walls of Elisabeth Murdoch Hall was richly satisfying.  There was a wonderful bloom to the sound, the artist choosing to have all of the acoustic baffles removed so that the hall was fully resonant.

A highlight was his performance of the Partita No 2 for solo violin in D minor, a darker, more dramatic and occasionally even tragic work.  The work ends with the great Chaconne, a recurring bassline pattern providing the basis of 60 variations.  Regarded as one of the composer’s finest achievements, the work may be interpreted in several ways.  Ehnes chose a gentler approach than some, closer to the original temperament of this stately 18th century French dance, by providing a luminous virtuosity when required that was never overbearing or self-absorbed.

As the Chaconne came to an end, the large audience stood and cheered.

We look forward to James Ehnes’s performances with the Melbourne Symphony Orchestra later this week with Aaron Jay Kernis’s Violin Concerto, a work written expressly for this exceptional soloist.