Eleanor and Mary Alice is one of several of events mounted to coincide with the 70th anniversary of the Universal Declaration of Human Rights.
Judith Greenaway
[This is archived content and may not display in the originally intended format.] 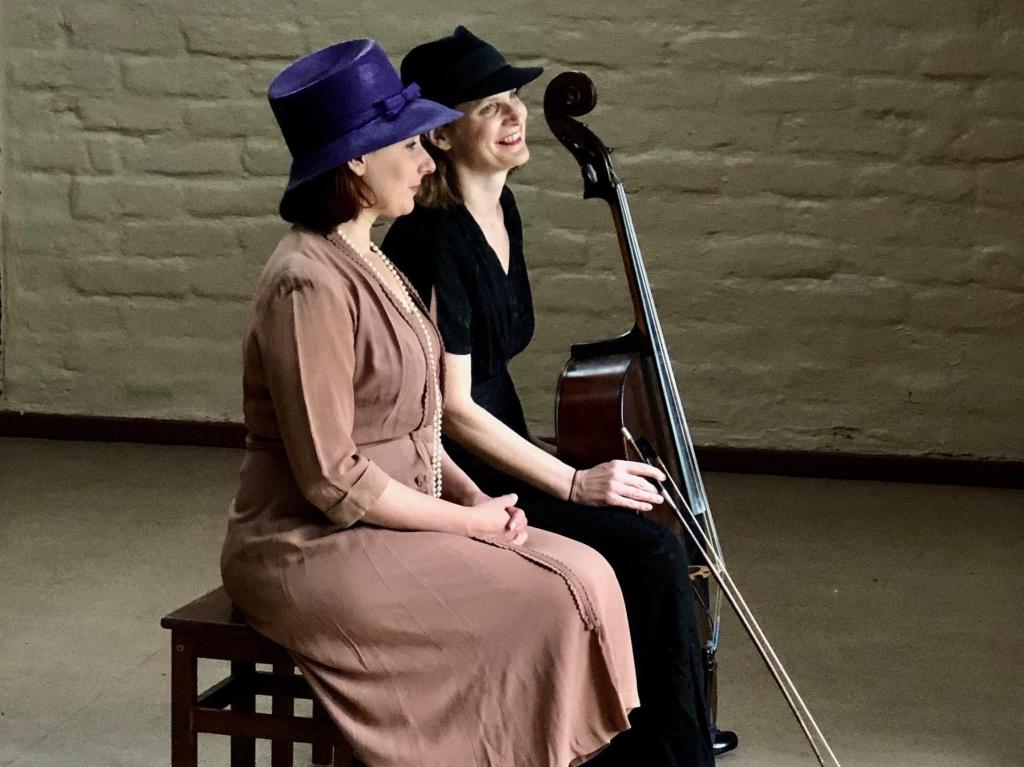 Petra Kalive and Adi Sappir in Eleanor and Mary Alice.

With the resonance of a venerable cello the women will meet twice. Firstly in war time and again in the geopolitical disturbance of peace. Based on ‘the lives of real people and actual events’ according to the program, Eleanor Roosevelt and Mary Alice Evatt will bond as wives of great men in the way of their time, but, for we who watch at a distance, as women of singular passion and strength.

Eleanor and Mary Alice is one of several of events mounted to coincide with the 70th anniversary of the Universal Declaration of Human Rights on 10 December 2018 and it is an intimate invitation to reflect and quest for more.

The audience meets the women as they meet each other, standing and formal but there is a warmth evident between them. Their friendship will grow over the 60 minutes of the play and the text allows an entry point for the audience to see what drove these women. Eleanor driven to doing her bit for the war effort then to become a champion for human rights, Mary Alice similarly engaged, then a respected artist and champion of modern art.

Eleanor, as played by Sarah McNeill, is impressive and imperious when purposed but the frailty of achievement hits hard and the light and shade of this complex, driven woman is very well modulated. Mary Alice, has a gentle way about her – an artistic, poetic soul and Petra Kalive plays her to perfection. There’s a fire within, too, the rebellious girl flashes. But what is so impressive about the text by Peta Tait, is the way in which these women exist solely as women of their time. No false modernity, they understand and articulate the society in which they live, without railing against it. The script allows us to engage with their achievements in that context.

Especially telling is one scene where both are equal despite opposing views – one the voice of restraint and the other driven by compassion. The viewer is necessarily torn between the points of view with an empathy that is very well orchestrated by Director Deborah Leiser Moore. Moore also allows the humour to rise in the characters and some wry comments are beautifully placed by director and cast. Also cleverly expressed is the instant warmth between them and how that grows during their conversations and sharings.

With the beats and silences held, without contrivance, by Moore, the audience can fully appreciate the power of live music in performance. The cello, from Adi Sappir, is punctuation in its way. Light and lyrical behind a description of Spring and foregrounded in the reprise of the lower notes during times of tension. A little bird hopping may be literal in the musical execution but more effectively, Jewish refugees are outlined with an eerie high pitched whine from the strings.

With limited scope for lighting effects it is a well-used period projector that provides the most evocative technical support to the performance. But essentially this is play where women speak of weighty matters.  Problems which still resonate today and Eleanor and Mary Alice is an exhortation to do more in our own time.