In these times of compulsory virus lock-down, performing arts companies across the globe have hit the airways and social media.
Suzannah Conway 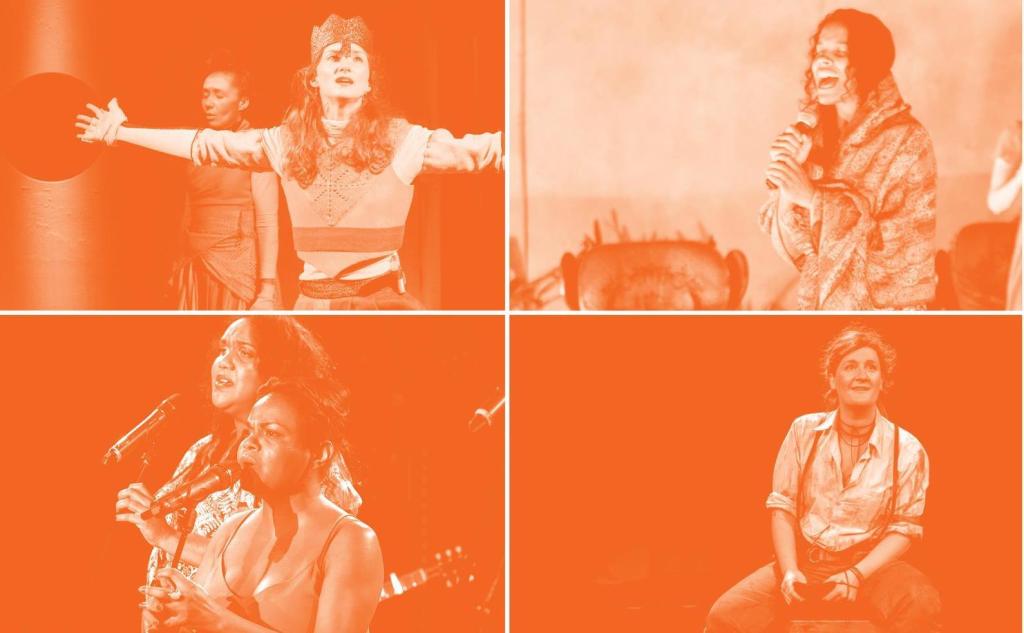 They have provided a wide-ranging variety of theatre, music, opera and dance performances to entertain us, ensuring audience support, when governments might appear to forget their value to our society and culture. From company archives videoing past productions, alongside performances from individual creative artists from their homes and backyards, we have been treated to a feast of high quality and stimulating work. And it just keeps coming.

In Australia, the much-beloved Belvoir St Theatre, home to innovative and risk-taking work over many years, broadcast an online concert over the weekend. Peppered with some of the best of its songs from past musical productions, the original cast members gave specially recorded performances from their homes or interesting locations, mostly singers in one location, musicians in another; the items cleverly edited by musicians Yve Blake, Brent Hill and Xavier Samuel with atmospheric cinematography by Jack Saltmiras. It made for a fun and interesting concert, hosted by the incorrigible Virginia Gay from her apartment in Los Angeles, giving snippets of information and details that wove the work into a neat whole from beginning to end.

First up was Virginia herself singing the ‘Black Hills of Dakota’ from her star role in Calamity Jane in 2018. This was a truly magical rendition of the song, in blue-grass style, yearning and wistful. She was joined by Laura Bunting in the second half, the two soprano voices creating an impressive harmony.

Two pieces were presented from the hit 2019 musical, FANGIRLS. Chika Ikogwe and Kimberley Hodgson were splendid as the two 15-somethings in ‘Night of Our Lives’, raw, pulsating and funny, while Ayesha Madon and James Majoos, playing a number of characters and dressing appropriately, transitioned ‘Don’t Exist’ into a comment on corona virus lock-down, which worked well.

Paula Arundel’s menacing and rather creepy rendition of Kurt Weill’s ‘Mack the Knife’ from an early production of The Threepenny Opera, was filmed in semi-dark in the back of her car, both sound and visuals being a little problematic. Similarly, there were some sound issues with the Whitney Houston song, ‘I Wanna Dance With Somebody’, sung by a stunning Zahra Newman on a tractor in the middle of a NSW farm. This song was from the 2015 production of Chekhov’s little-known work, Ivanov, though its links to imperial Russia seemed tenuous at best.

Three other songs were presented as spoofs on original productions.  Set in The Forest of Arden, the 2011 As You Like It here showed Gareth Davies in his backyard playing Touchstone. Breaking into opera as the Duke in Verdi’s Rigoletto, he mimed ‘Bella Figlia Dell’Amore’ to his Audrey (Maddalena).  It was a fun take-off with cast members, Charlie Garber, Shelly Lauman and Yael Stone, playing Audrey’s sheep. Nicely done, even if the singing and song was not theirs.

Xavier Samuel made an alluring black cat complete with swishing tale in ‘Outta Tha Bag’ from The Dog/The Cat, appearing first in a bath sipping milk from a wine glass, then in his living room and finally on the roof. Wry with hip-hop styled music.

The 2017 Mr Burns production concerned an apocalyptic future, one in which the Simpsons are the only cultural lifeline to the past. Esther Hannaford, with musical support from Brent Hill, made ‘I Stand On the Deck/Last Song’ a desperate link to the future.

Two stand out pieces came at the end of the concert, with Mike McLeish rendering ‘Light on the Hill’ from Keating the Musical a fine and very moving tribute to the show and to the man himself. There was relevance and poignancy in lines such as ‘Bring us back our comfy bloody country, Take us back to simple days of yore…’

From Barbara and the Camp Dogs, Ursula Yovich and Elaine Crombie, with support from Troy Brady and Adm Ventura, were a powerhouse of vocal strength in ‘Let in the Love’. Terrific harmonies and instrumentals made this a fitting conclusion.

Of particular allure in this presentation was not just the love and commitment of the artists themselves, but a heartfelt sense of belonging to a Belvoir community; love for the theatre, its staff and the space itself. The viewer, as audience member, joins the theatre throng at the opening, as the doors open for the show. We meet front of house and some back of house staff, alongside the ‘socially distanced staff band’, before the first number cuts in. At the closing, artist Virginia Gay appears to leave the theatre with usual late-night banter. As she moves away from the bright light of Belvoir Street, she hums then sings a refrain from Light on the Hill, a poignant moment. This fades into a final spoken farewell from Artistic Director, Eamon Flack, a moving eulogy to Belvoir and its connection to its cultural community. A beautiful moment as one theatre light stays on, while the building stays temporarily closed.

Belvoir in Concert – Belvoir St Theatre
The best of Belvoir in song hosted by Virginia Gay
Free online from 22-24 May 2020
Belvoir Facebook page, Youtube, and website