The surprisingly modern Fourth is considered by many pianists to be the most beautiful piano concerto ever written.
Dr Diana Carroll 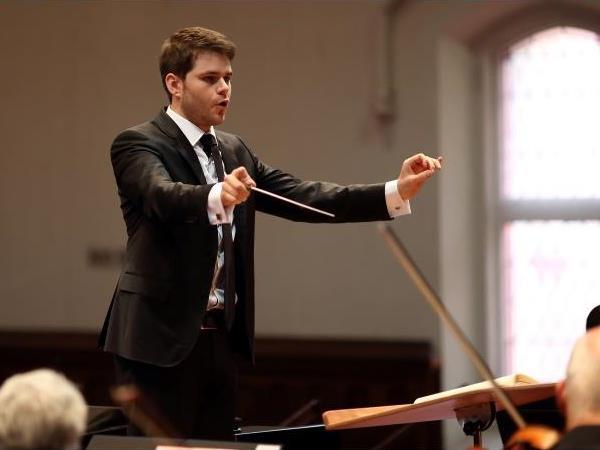 This is the second of four concerts this month by the Adelaide Symphony Orchestra showcasing the Beethoven Piano Concertos. Curiously it was Concerto No. 4 that was programmed, not No. 2.

The ASO’s outgoing principal conductor Nicholas Carter was again centre stage with pianist Jayson Gillham leading the way in the Beethoven. And in a timely coincidence, the listeners of ABC Classic FM, for whom these concerts are being recorded, have just voted Beethoven their favourite composer in the Classic 100.

The concert opened with the Overture from La Clemenza di Tito by Wolfgang Amadeus Mozart. This is one of Mozart’s less popular opera serias and is not often performed in the modern opera canon. It was composed in 1791 for the coronation of Leopold II as King of Bohemia and premiered just nine weeks before Mozart died. The overture has been described as a dramatic argument and it certainly does make a grand statement.

From the setting of ancient Rome, the orchestra segued into another work that is infrequently performed these days, the Chamber Symphony No. 1 in E by Viennese composer Arnold Schoenberg. This relatively modern work, composed in 1906, must have sounded very radical when it was first performed, and is still something of an acquired taste. Indeed, Adelaide audiences have had to wait 45 years for the ASO to perform this work for only the second time in its history.

Written for 15 instruments, this is a symphony but not as you know it. The work is scored as one continuous movement, even though there are discernible changes in mood and tempo throughout, and it builds to a furious finish. The ensemble worked tightly together and principal cello Simon Cobcroft was especially impressive.

After the interval, it was down to the business of Beethoven with the Piano Concerto No. 4 in G with Jayson Gillham taking his place at the Steinway Grand. This superb work is considered by many pianists to be the most beautiful piano concerto ever written. It opens soulfully with the solo piano taking the lead for the first few bars before the orchestra comes in. When the piano reappears it is again with a gentle touch that becomes a divine, and demanding, solo at the end of the first allegro moderato movement. Such was the pace and power that Gillham needed to take a kerchief to his brow between the first and second movements!

The Fourth Symphony sounds surprisingly modern, especially in the ‘perpetual motion’ of the second movement.  And then it all comes together in the fever of the final rondo with orchestra and soloist working magnificently together. It is astonishing to remember that Ludwig van Beethoven was completely deaf by the time he composed the Fourth in 1806.

Their efforts were well appreciated by the Elder Hall audience with clapping, cheering, and foot stomping. Some may have been concerned for the stability of the balcony in this lovely old Hall, such was the enthusiasm of the audience. Their applause was rewarded with a superb encore from Gillham of a Schubert song. The Miller and the Brook, transcribed by Liszt, sounded like a sweet lullaby to send us off into the chilly Adelaide evening.

This was another first-rate performance by the ASO, conductor Nicholas Carter, and soloist Jayson Gillham. The Fourth has a special place in Gillham’s heart as the piece he played to astonishing success in the 2014 Montreal piano competition, winning almost every prize on offer. And it was good to see Gillham’s parents in the audience, coming down from Queensland to share these concerts with their son.