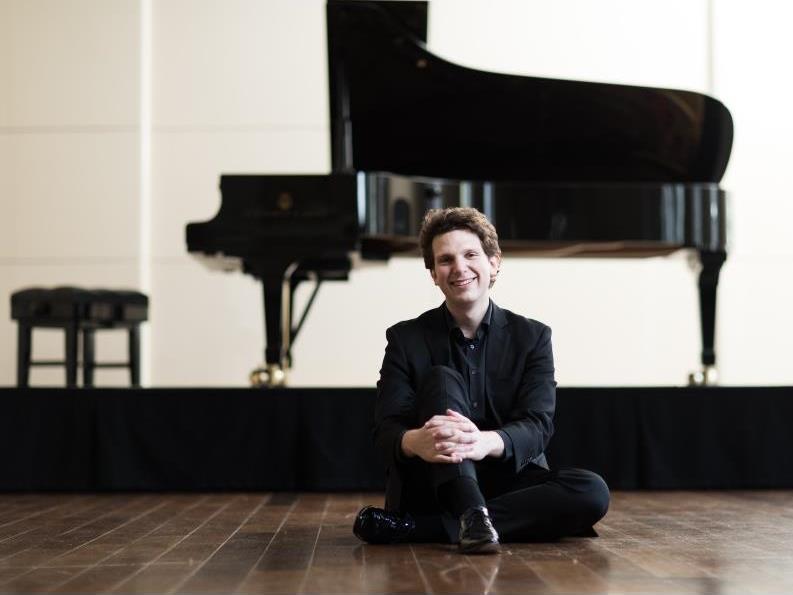 This month, the Adelaide Symphony Orchestra is performing all five Beethoven Piano Concertos over four concerts, each playing for one night only.

The appetiser for the first concert was Haydn’s majestic The Representation of Chaos, the overture in C minor to his famous oratorio Creation. Coming in at just six minutes, this is an impressive work. The taut opening under principal conductor Nicholas Carter and inherent drama of the piece were thrilling.

Next came the highlight piece, Beethoven’s First Concerto in C for piano and orchestra, featuring the guest soloist, young Australian piano virtuoso Jayson Gillham. Composed in 1795, when Beethoven was just 25 years old, the concerto shows all of his audacious confidence and musical inventiveness.

The intimacy of the staging in the Adelaide University’s Elder Hall gave a salon feel to the concert. Sitting in the stalls, you could almost reach out and touch the sleek polished wood of the piano. The occasional note bouncing back off the walls added to the vitality of the work.

Jayson Gillham was superb giving a fine interpretation of the solos. The opening allegro con brio movement was especially impressive, and the dramatic ending of the third movement was simply stunning.

Gillham plays with a relaxed elegance and obvious enthusiasm. There is little affectation to his work apart from the occasional celebratory flourish. The audience showed their warm appreciation as he took his bows looking flushed and exhilarated. He rewarded their applause with a brief ravishing burst of Scarlatti.

After the interval, and a major rearrangement of the stage, the orchestra was back for Mozart’s robust Symphony no. 39 in E flat major. While some musicologists say this is not as impressive as the 40th or 41st, it is a vivid and complex work.

It is believed that Mozart composed these three works together over just a few weeks in the summer of 1788 and they deserve our every attention. He was suffering depression and ill-health at the time and yet these works are masterful and original.

The first movement of the 39th is intriguing, with its singing allegro, and the andante second movement is a beautiful expression of pure Mozartean composition. The winds do much of the heavy lifting in this Symphony, with the bassoons, flutes, and clarinets all in fine form. There are darker tones here, especially in the slow movement, but these are relieved by the brighter tones of the finale.

Conducting from the floor, Carter was especially expressive, moving freely without the restraints of a podium. There was warm rapport evident between the conductor and the players of the ASO. This was a superb concert and a wonderful introduction to the Piano Concertos.