A sex-positive and playful cabaret about life as a bisexual woman.
Richard Watts 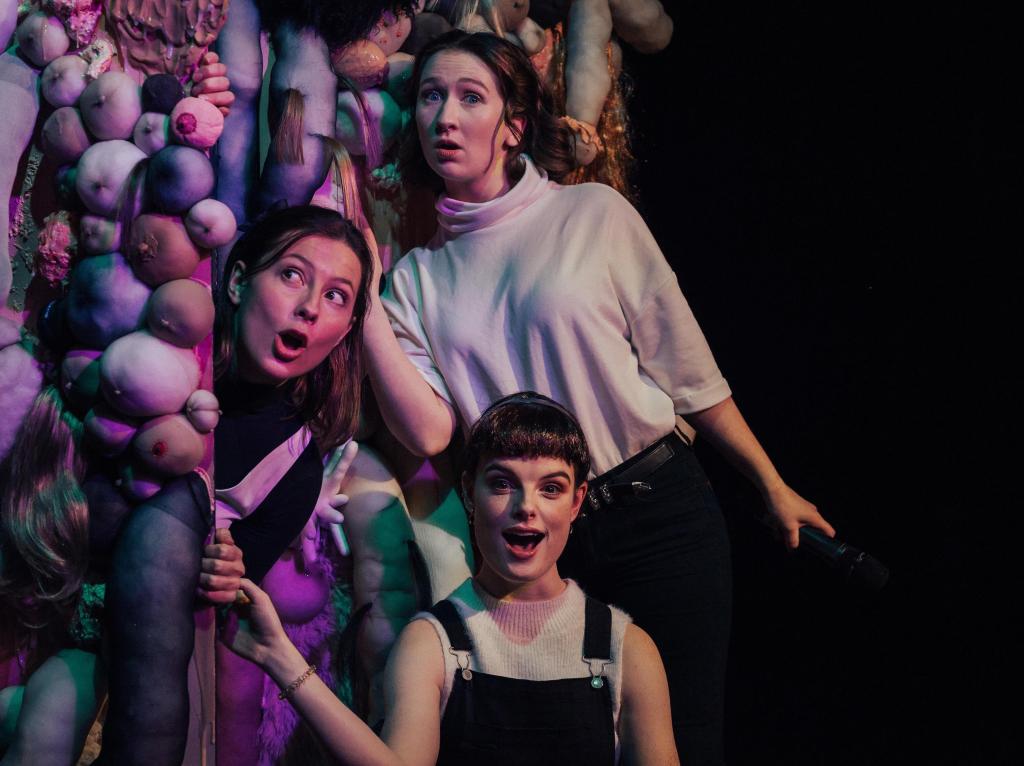 From bisexual invisibility, when a male-female couple are assumed to be straight no matter how queer one or both partners may be, to creepy guys called Brent who lasciviously explain how hot it is to watch two women make out, the vagaries and delights of bisexual life are examined with gusto in Flesh Coloured Panties Productions’ Baby Bi Bi Bi.

Written and performed by Annabel Larcombe, Erin Pattison and Samantha Andrew, this warm, witty and raunchy cabaret draws on the performers’ personal experiences to create an hour of sex-positive entertainment. Performances are strong and the trio harmonise together strongly (despite one of them clearly battling a cold) across a range of original songs.

The overall tone is upbeat and playful, as expressed in such numbers as ‘Salad with the Girls, But in a Gay Way’ and ‘Do I Wanna Be You (Or Do I Wanna Fuck You?)’, but the trio aren’t afraid to shift gears into more poignant territory. A powerful spoken word sequence explores the sometimes traumatic experience of coming out, with overlapping voices highlighting shared experiences and commonalities, and individual monologues focusing on more personal experiences and challenges. Coupled with a sombre ballad which had the woman seated next to me in floods of tears, this emotive sequence grounded the show beautifully.

Not every element is as successful – Larcombe’s series of short comedic sketches exploring hybrid pairings and portmanteaus runs out of steam relatively quickly, though her physicality is a delight; and a portable closet placed centre-stage feels underutilised despite being beautifully designed – but as a whole, Baby Bi Bi Bi is definitely more hit than miss. Larcombe, Pattison and Andrew have a confident and engaging stage presence, even when they leap off stage into the audience, resulting in an exuberant hour of entertainment.

Richard Watts visited MELT as a guest of the Brisbane Powerhouse.