A celebrated tenor performs one of his most iconic roles along with a well supported cast.
Jenna Schroder 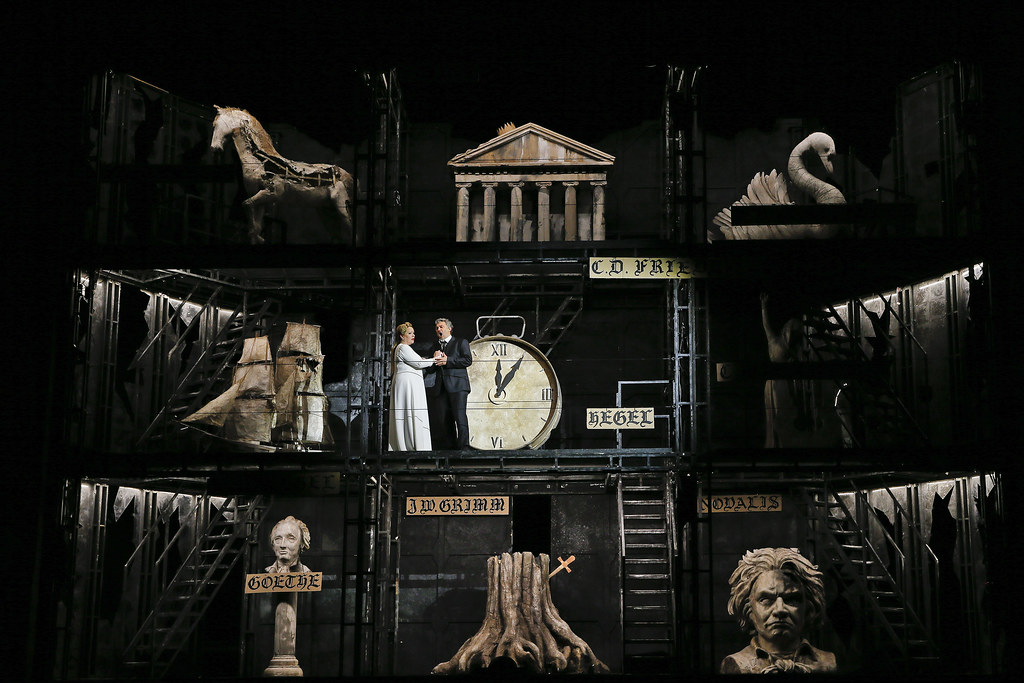 ‘The story itself is one of magic and myth.’ Photo supplied.

Opera Australia’s production of Lohengrin is, as advertised, the opera event of the year. Despite financial concerns and company redundancies, Opera Australia has come back from COVID and delivered one of their strongest productions to date.

Lohengrin is an opera by Richard Wagner, a composer famous in equal measure for transforming the possibilities of operatic music and being antisemitic. It’s therefore a strange choice by director Olivier Py to place the fantastical story in Berlin, bomb-stricken at the end of World War II. This historical context doesn’t add anything to the narrative, though it’s clear Py is trying to tell us something as sets, props and costumes are laden with symbolism and European references. Unfortunately, in an Australian context particularly, Py’s choices are too esoteric and almost certain to go over audience’s heads.

The story itself is one of magic and myth, a reverse Rumpelstiltskin with pacing that lacks dramatic structure and is dated to say the least. Lohengrin, a heroic knight, saves a noble woman, Elsa, from false accusations of murder on the proviso that she not ask for his name. But nefarious plotters, Ortrud and Telramund, ensure she won’t be able to resist temptation.

These narrative weaknesses are not important. This production is a gift to the classical music community of Australia, performers and audiences alike, and they’re here for the company’s musical delivery of Wagner’s spectacle and to see world renowned tenor Jonas Kaufmann. And neither disappoint.

Conductor Tahu Matheson and the musicians of Orchestra Victoria are faultless. It is deeply satisfying to hear them build such robust sound. The overture is a particular showcase of this, supporting the many voices on stage.

Jonas  Kaufmann as Lohengrin is exceptional in both musical and acting technique. His vocal control is unmatched and particularly impressive when his whispered singing resonates like crystal throughout the theatre then quickly tumbles into powerful declarations. The transition between the two dynamics appears utterly effortless and seamless. Lohengrin is clearly a well known role for  Kaufmann dramatically; he plays the noble and adoring hero with confidence and smooth physicality.

Despite  Kaufmann’s strengths, the cast are not to be outdone, especially Elena Gabouri as the sorceress Ortrud. Gabouri is electric and arresting. Her characterisation is outstanding and easily one of the best seen in an Opera Australia production in the last 15 years. When she’s at the helm, the otherwise drawn out story seems to race. Despite leading Elsa into turmoil, the audience is drawn to Ortrud’s side, aided by every sinister eyebrow raise and witty delivery Gabouri laces through her role. This alone is a rare treat but Gabouri also shines with her vocal chops, imbuing Otrud’s emotions into her delivery. She is like honey when manipulating, piercing when plotting.

Lohengrin is a triumph for the male chorus (Wagner leaving little for women chorus members to sing). It’s fantastic to see them front and centre, thanks in part to Pierre-Andre Weitz’s thoughtful set design, and they meet the challenge of building musical momentum during climatic moments with ease.

Lohengrin’s lacklustre storyline and long duration makes it a production for the committed opera-goer but it is, regardless, one of the best performed productions Opera Australia has staged in recent years and something not to be missed by appreciators of the art form who will be guaranteed to witness a vocal spectacle at its finest.