A spirited monologue, full of passion, wit and rage.
Nerida Dickinson
[This is archived content and may not display in the originally intended format.] 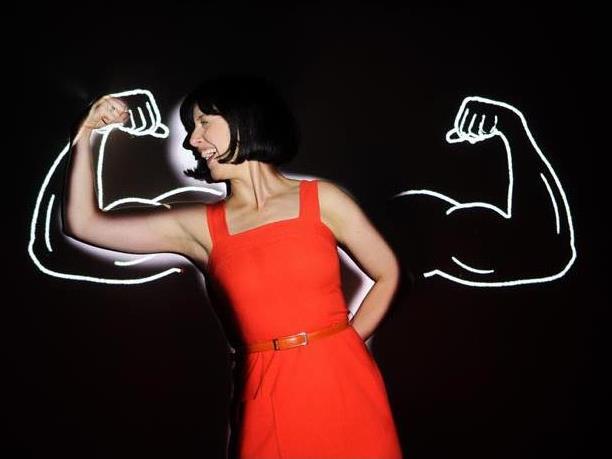 Emma Mary Hall is a woman who has loved men. Many men. And now, she is moved to celebrate them in a 14 chapter farewell based on Sophocles’ Ode to Man.

The opening credits, projected next to Hall, are a precursor to the detailed journey ahead. She interacts with the words on the wall, as they break down the bare statements with asides and elaborations, never taking herself too seriously (as demonstrated in her forays into contemporary dance).

Through her chapters, each presented in its own style and key, she remains brutally honest about herself, although with an ever present open grin. No aspect of her performance remains unexamined, from the nature of poetry to the devastating attractiveness of unavailable men.

Similes of men as horses, frogs and 8-year-old boys, pictorial depictions of the patriarchy, Tinder profiles, etymological musings, relative skill sets, authors popular with MRAs, long-distance relationships and the liberation of the single life are all touched upon in Hall’s monologue, delivered at thoughtfully modulated levels of intensity.

She ruminates, celebrates and commemorates her experiences with distinctly individual men, acquaintances, colleagues and exes, who end up becoming a pastiche of the inherent contradictions within modern masculinity, #notallmen. Hall acknowledges the diversity beyond her own personal experiences, and she includes these through examining ancient sculpture, academic research, books and newspaper articles on the relationships between men and women as well as case studies of interesting men and famous dead white men whose words have defined ‘manliness’.

While the content covers so much material, Hall shines in the spectacular delivery of her thoughts, her writing not only rich and cleverly structured, but her spoken words spill out and fill the room with an ever deepening pattern of ideas, repetition creating its own foundations on which to build a portrait of so many men through the chosen few who each have their own story but, tellingly, never names. The building of these characters in the end reduces them to a series of words, fits them into a place more fitting in the context of her undiminished single female self.

More than a tribute to misguided relationships or personal angst, this is an engrossing poetic performance that informs as Hall shares her emotional reactions in a roller coaster experience of being on the receiving end of modern masculinity’s expression.

Hall is ably supported by tight technical work, with Lindsay Cox’s projection and animation design funny and working with the monologue rather than distracting from the performance. Ruby Smedley’s set design is also important here, as the stark whiteness and angles frame the performer and provide a clear screen for the animation sequences.

Funny, informative and provocative, Ode to Man entertains, educates and celebrates both men generally and the genius of the particular woman behind this work.