The Adelaide Symphony Orchestra explores a new work and a new world in this first-rate performance of three lively works.
Dr Diana Carroll 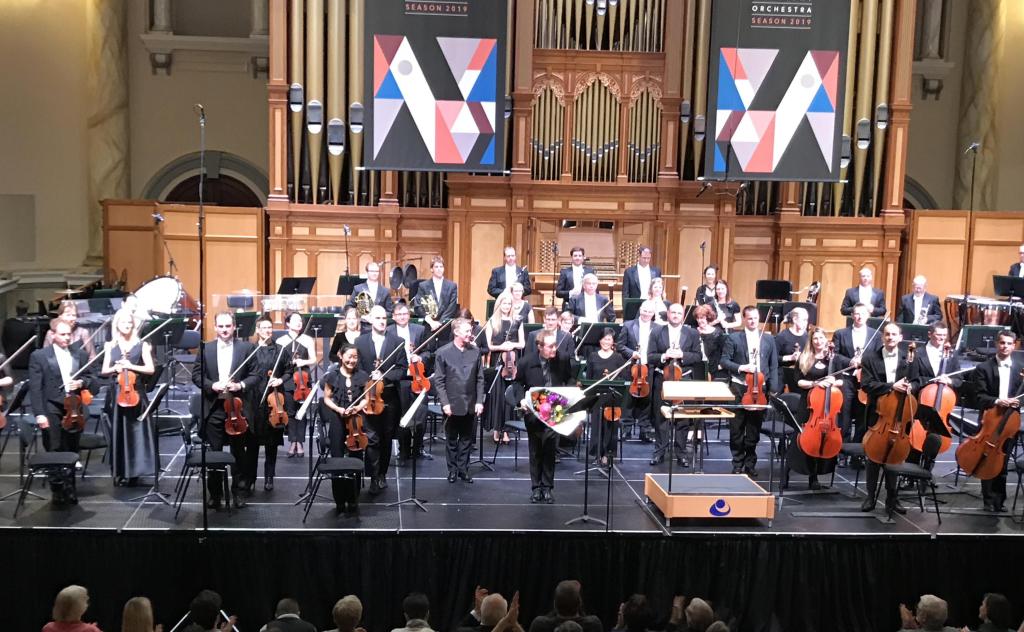 Dvořák’s much-loved Ninth Symphony may have featured in the title of this Master Series concert but it was Robert Schumann’s intriguing Violin Concerto in D Minor that really stole the spotlight.

Written shortly before the composer’s confinement in an asylum, his wife and daughter decided that this, along with others of his later works, should not be published. They feared these pieces were of a lesser standard and would tarnish his musical reputation. We can only be thankful that after 80-odd years, the concerto finally came to light.

For this performance, the ASO was joined on stage by British violinist Anthony Marwood and conductor Douglas Boyd. Marwood is an astonishingly popular and successful musician with a catalogue of over 50 recordings and an MBE last year from Her Majesty.

The lost Schumann concerto and Marwood were a perfect pair. The concerto may not be the most complex work ever written but it does have a stellar solo line, full of unexpected themes and deeply emotional moments. The slow second movement and brighter third movement, ‘lively, but not fast’, were played without a pause, building to a final flourish.

Marwood’s relaxed, enthusiastic style of playing was matched by Boyd’s expressive conducting. This was an interesting and intelligent piece, played well by the soloist and orchestra, and the Adelaide Town Hall audience showed their fulsome appreciation.

After interval, it was off to Antonin Dvořák’s impressive Symphony No.9 From the New World. This is one of those pieces that is in everyone’s Top 100 (maybe Top 10) classical numbers. You know it even if you don’t know you know it and have to stop yourself humming along during the concert.

The ASO handled the symphony with ease from the precision of the first movement to the robustness of the fourth. Boyd was a delight to watch in full flight, urging the players ever onward and upward but always maintaining a crisp line.

And from the new world to the new work: the Schumann was presaged by the world premiere performance of a new work by Cathy Milliken, the ASO’s composer-in-association.

Weave is composed as a continuous movement of 15 minutes. The opening bars are so quiet that it’s easy to miss them, especially with a mobile phone ringing up in the gallery. But then the colours appear and Milliken creates an evocative musical landscape, inescapably Australian in tone and style. And just like the Australian landscape, sometimes the colours were overwhelmingly big and bold. With six basses, a large cello section, and some vigorous work from the percussionists, this is a piece with plenty of grunt.

Milliken was at the Town Hall for this premiere performance and was greeted warmly as she came on stage for a bow.

This was a well-balanced program of the new and the timeless, and another excellent performance by the ASO.