In times like these we are privileged to be presented with a magnificent triple bill full of splendid playing.
Lynne Lancaster 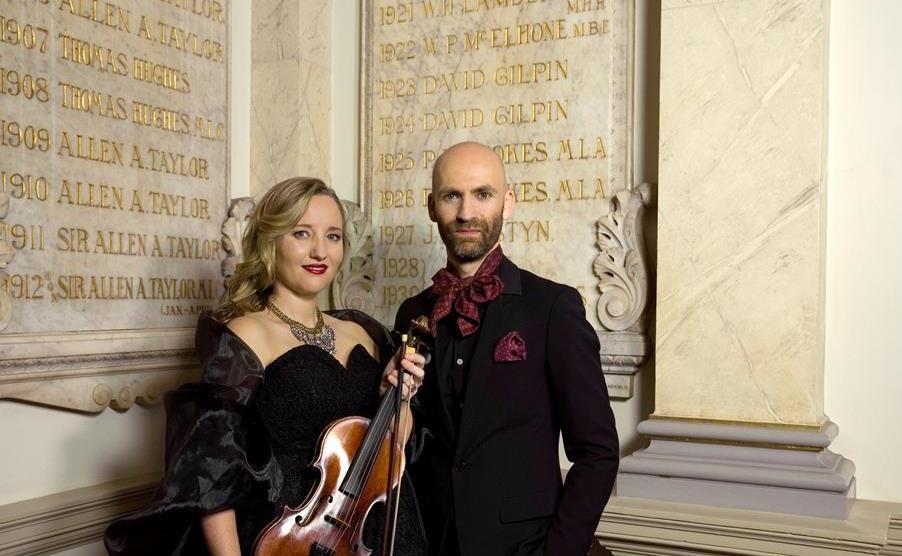 The main title of this work, which gives this concert its name, translates into English as: ‘Times are changed; we, too, are changed within them’.

Times have certainly changed, as the Australian Haydn Ensemble quickly transferred from stage to online screen when the current Sydney wave of Covid-19 hit.

First up was the Bocherini in four movements.

The first movement was very brisk, with Helyard leading on piano. His playing was teasing, darting, leaping and sparkling while the strings were kept far more serious. The tone was rounded and rich with the mood of the movement a scurrying dialogue of question and answer.

The second movement was an emphatic yet well-mannered group discussion with strong strings and a rippling pulsating piano.

The third movement was breathless, sharp and spiky with a darting piano and rumbling cello. In contrast the final fourth movement which was more emotional and with a slower tempo.

The piano cascaded and rippled while Yeadon on cello pulsated and throbbed. This was followed by a stately segment which segued into a breathless allegro group discussion, led by the piano, and with a whirlwind ending.

Next was the magnificent Mozart opening with a robust group discussion in the first movement, led by Helyard on piano. The work consists of a slow, lyrical movement book marked between two impassioned allegros.

Mozart completed this work when he was twenty. Helyard shimmers and scurries up and down the keyboard, fluttering and rippling in extremely accomplished cadenzas reminiscent of the ambitiously challenging keyboard solos of the Baroque. The others answer back, somewhat dazzled.

The piano cascaded and rippled while Yeadon on cello pulsated and throbbed.

The second meditative, lyrical and delicate movement was rapturous with its pulsating strings and swirling melody was highlighted by pizzicato by violist Karina Schmitz and cellist Daniel Yeadon.

By comparison, the third movement was exuberant and bouncy, Helyard again sparkling on the piano and leading the animated group discussion.

The final work was the Australian premiere of Johann Salomon’s distinguished eighteenth century chamber version of Haydn’s Symphony No. 64 with Melissa Farrow on flute delightfully joining the ensemble. It was introduced by violist Schmitz.

The third movement was bright and bouncy with a vibrating, rocking rhythm.

The last movement was vigorously fast with a delectably undulating theme on the violin answered by mischevious staccato passages – Helyard dazzling on the piano leading to a great flourish at the end.