Expressions Dance Company and Opera Queensland take on Mozart.
Charlene Li
[This is archived content and may not display in the originally intended format.] 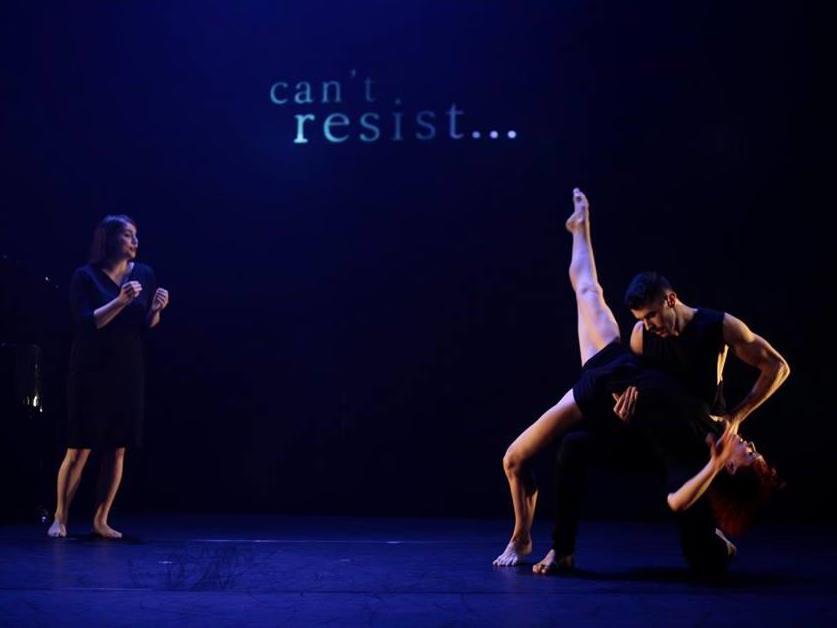 Mozart Airborne is a collaboration between Opera Queensland and Expressions Dance Company, taking the form of a series of contemporary dance pieces set to a selection of Mozart’s arias and piano works, culminating in a finale set to Lacrimosa from Requiem Mass in B Minor.

The premise is brimming with promise: a synthesis of opera and contemporary dance. However, in spite of its potential and the wealth of talent behind it, the final result that is Mozart Airborne misses a few key marks.

When speculating about the intent behind the creatives of Mozart Airborne the two recurring themes that come to mind are collaboration and experimentation.

There is a sense that Expressions Dance Company wants to show us something we haven’t seen before, but in doing so neglects other elements of the work with the end result feeling incohesive and not as engaging as it could be.

Furthering the theme of collaboration, the respective dance pieces in Mozart Airborne each have different choreographers; the team comprising of Natalie Weir, EDC Dancers, and guest choreographers. The choreographic style most consistent throughout is one that’s less technical (although still very athletic and impressive) than the kind seen in previous works Expressions Dance Company; more organic and naturalistic, choreography that doesn’t appear choreographed. Much of the choreography seen in Mozart Airborne could conceivably work well set to different music and pinned to a different theme, however, here it seemed incongruous with the music.

The opera singers and the dancers shared the stage in a way that was awkward and didn’t really make sense, furthering the sense of incohesion. Conspicuously absent are the lyricism and sweeping, fluid lines in some of Natalie Weir’s previous choreography; features that would have worked beautifully with the operatic arias.

The dance pieces are abstract, with no narrative or discernible concrete theme. Instead, the dancers are used to create a series of patterns and arabesques using the music as stimulus – in a way reminiscent of music visualisers. While the patterns and images that result are often striking and at times surreal, this also means that the full dramatic and emotional power of the operatic arias are neglected. With no surtitles and only hints of what the arias are about in the program notes, it is apparent that they are relegated to function primarily as background music.

The costumes, set and lighting are kept spartan and unremarkable which itself isn’t a problem but the be potential is there to do a lot more with just a little extra flourish. In particular, it would be nice to see the plain, loose black clothing adorning the dancers swapped out for something more flattering and line revealing – yet still simple.

As an exercise in experimentation Mozart Airborne is a undoubtedly worthy; however whether it’s also successful is questionable.