Opera Queensland brings to the stage a Puccini classic.
Charlene Li
[This is archived content and may not display in the originally intended format.] 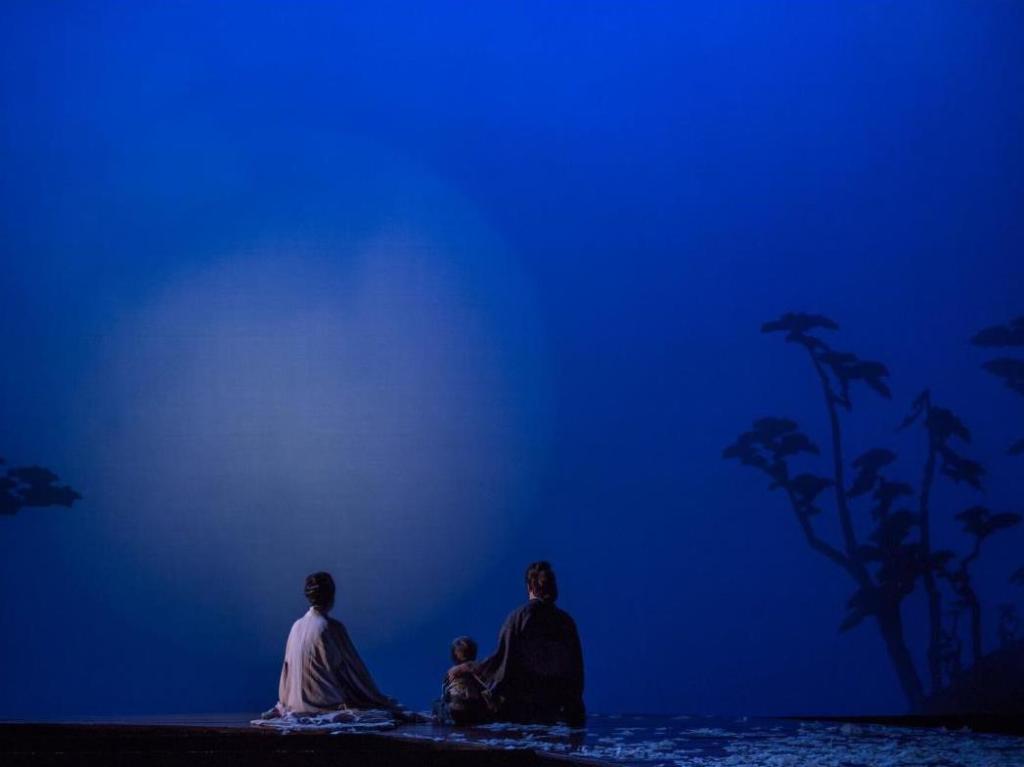 Few operas are as iconic and beloved as Puccini’s Madama Butterfly, with it’s lush, sweeping orchestration, it’s tragic plot, and a cultural permeation that extends beyond the world of opera. In spite (or perhaps because) of its prominence in the operatic repertory, staging this opera is not without its challenges.

The story is set in Nagasaki, Japan where 15 year old geisha Cio-Cio-San is arranged to marry Pinkerton, a US Navy lieutenant stationed there. Madama Butterfly is best appreciated as a work of its time, and best enjoyed for the music and drama rather than a culturally and historically accurate depiction of early 20th century Japan. To the audience that attended its premiere in 1904, Japan was an exotic otherworld, strange and unknown.

As the Madama Butterfly Cio-Cio-San, Korean soprano Hyeseuong Kwon is physically well suited for the character. However, while there are moments her silky lyric soprano shines, it lacks the punch to sustain some of the dramatic phrases this role requires, and at various points is overpowered by the orchestra. Her characterisation is regrettably one dimensional seeming more of a stereotype than a character with motives and agency. At times, it tends toward cartoonish affectation.

Bradley Daley as Pinkerton is solid vocally, but his character is similarly lacking depth and as a result hard becomes hard to sympathise with.The relationship between the two romantic leads ultimately isn’t compelling enough for the audience to care about their fate, nor does it develop in a convincing way.

Jonathan Summers as the American consul Sharpless is full of wit and worldliness, with a baritone voice as rich as it is complex. His mere presence on stage adds interest to the scene. Hayley Sugars imbues the role of Suzuki the housekeeper – which on page is bland and nondescript – with warmth and a quiet strength complimented by her mezzo-soprano voice. Her Suzuki is not just a housekeeper but a loyal friend and a rock.

The set design is on the minimal side (although not minimalist) but effective, working beautifully with the costumes and lighting design to create scenes accented with bold lines, shapes, and bright colours.

The Queensland Symphony Orchestra under the baton of conductor Johannes Fritzsch faithfully bring to life Puccini’s powerful score, as does the Opera Queensland chorus. Moments such as the Humming Chorus in Act III with Cio-Cio-San, her young son, and Suzuki perched together on a rotating set are sublime.

Staging an opera is never easy, but there are two challenges that seem to present for this opera in particular. The first is that given its popularity, a significant portion of the audience will probably be very familiar with it, and perhaps have stagings or recordings they favour. For a staging of an opera as popular as Madama Butterfly to hold a candle to a favoured version someone in the audience might have, it has to be exceptional in every aspect. The second challenge is that a contemporary staging of Madama Butterfly needs to resonate with its contemporary audience. It isn’t necessary to invert the original story or even stray from it, but giving depth and nuance to the two main characters would make it easier to overlook some of its more archaic elements. A more sensitive treatment in the depiction of Japanese characters and Japanese culture, one where they are shown as people rather than a spectacle would similarly go a long way.

Opera Queensland’s Madama Butterfly is a high quality production with great moments, but whether it meets the challenges that present it is debatable.