The versatile talent brings a mix of forms to her latest concert tour.
Virginia Balfour 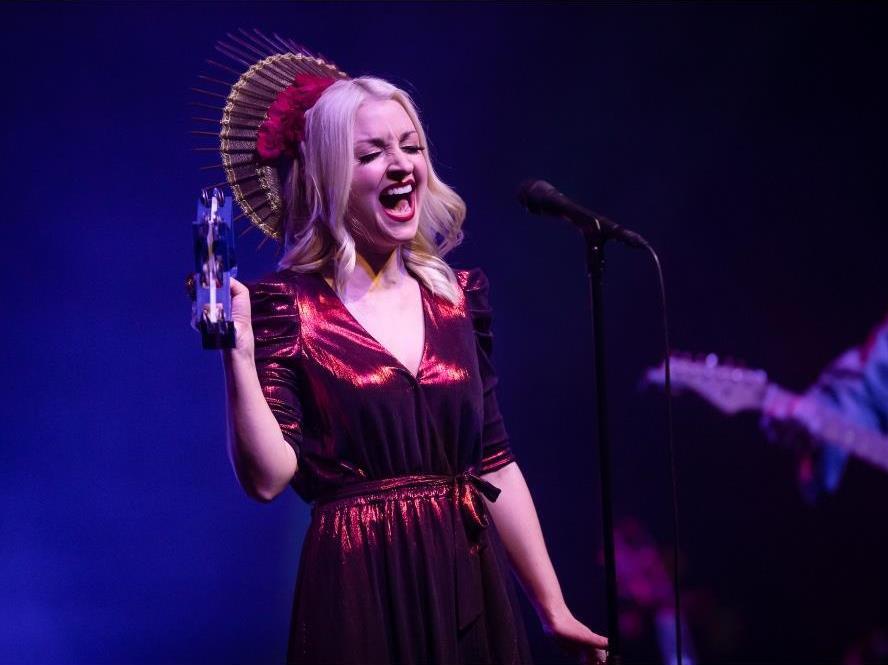 Playing to a full house, the show began with a nod to one of Miller-Heidke’s other creations, the hugely entertaining musical version of the hit 1994 film, Muriel’s Wedding. The performance quickly reminds us, however, that Miller-Heidke has a broad set of talents. She is a poet as much as a musician, as demonstrated by the lyrics of Believe Me, I’m Sorry, about teenage regret at letting down a friend in need; Sarah, which tells the true story of a girl who goes missing at a music festival; and her latest single, Ernie, a tribute to her 3-year-old son.

Ernie apparently tells his mum that he doesn’t like her music, and that it ‘makes his ears cry’, but he may well be alone in that thinking. Miller-Heidke is very versatile and although the Opera House set plays largely to her strengths as a folk musician, there’s some opera, jazz, rock and pop thrown in to the mix too. The result is has been likened to Enya on crystal meth, but that’s perhaps a little unkind: it’s a mesmerising and exciting mix of forms which is constantly inventive and surprising.

Miller-Heidke is an entertaining performer whose ballads are balanced with a humorous narrative. This swagger is matched in songs like You’ve Underestimated Me, Dude, an anthem to the power of women that Miller-Heidke wrote for International Women’s Day, and the edgy and exciting Humiliation.

She’s backed by multi-talented and consummate musicians Keir Nuttal (who also happens to be Ernie’s dad) and Isaac Hayward. Hayward deftly skips between playing cello, piano and guitar and Nuttal adds humour and energy to his electric and acoustic guitar playing. Their true talents are demonstrated when the two musicians improvise a duet on guitar and piano, which is both captivating and awe-inspiringly good.

Co-singer (she really can’t be called a backing singer) Jess Hitchcock is also outstanding. Trained as an anthropologist at Sydney University, she’s a talented opera and jazz singer with a voice full of gorgeous mezzo and alto tones which complement Miller-Heidke’s soprano perfectly.

The set includes just one song from Muriel’s Wedding – the ballad to friendship sung between Muriel and Rhonda. It’s a beautiful and moving song, a poignant moment in both the stage show and the Opera House set.

Earlier this year Miller-Heidke represented Australia at the Eurovision Song Contest, where she performed rock opera Zero Gravity from the top of a 6m swaying pole. Her father-in-law likened her performance to a singing loo brush, and UK comedian Graham Norton apparently compared it to what you would get if windscreen wipers could sing. Miller-Heidke performs the song in the first of her encores, and this version, minus the 6m poles, is less eccentric and more touching. Like many of Miller-Heidke’s songs, there is deep meaning below the surface. Zero Gravity was written when Miller-Heidke was suffering from postpartum depression after the birth of her son, and the zero gravity of the title is the need to break free of depressive thoughts.

The true talent of this performer is her ability to swing us from pathos to joy in the space of a song, however, and in her second encore, Miller-Heidke and Nuttal perform David Byrne’s Psychokiller. It’s a fabulously spontaneous and irreverent version of the Talking Head’s hit song which highlights all the eccentricity and talent of this performer.

Shamefully, there’s only seven performances on this tour, so if you want to experience this extraordinarily unique and talented Australian performer, you’ll need to grab your tickets fast.

Tour continues through Australia until 7 October 2019