Harry Potter and the Goblet of Fire in Concert, Adelaide Symphony Orchestra (SA)

This ‘CineConcert’ brings together superb filmmaking, a brilliant score, and the orchestra displaying their versatility.
Dr Diana Carroll 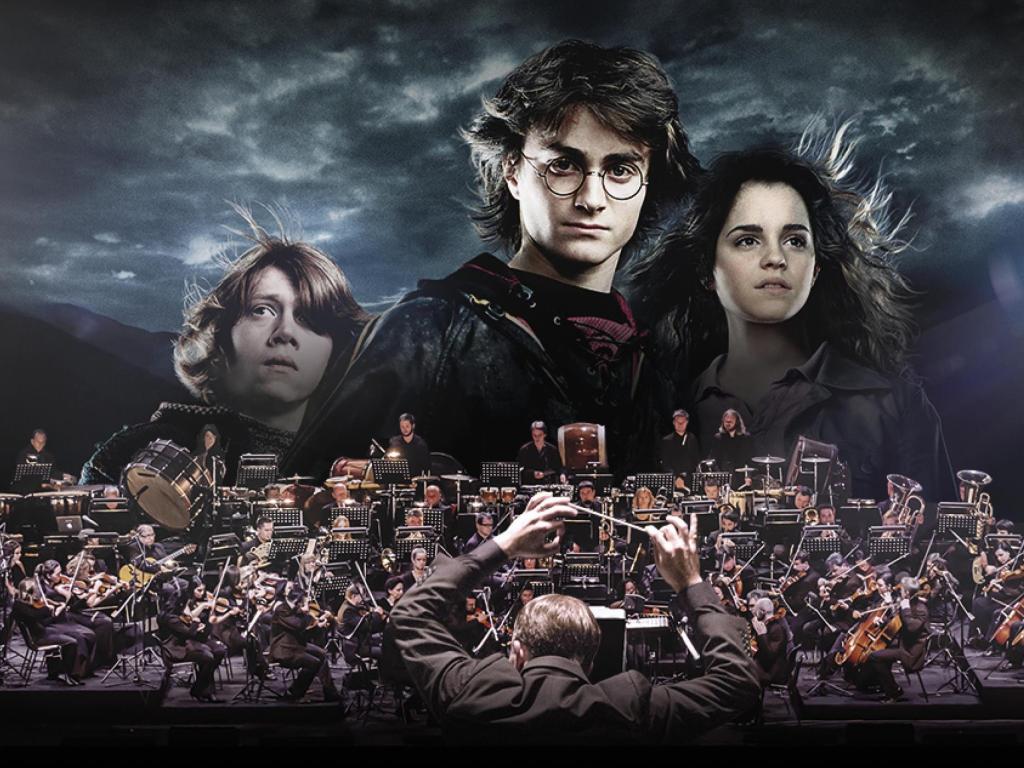 The fourth in the Harry Potter CineConcerts series, Harry Potter and the Goblet of Fire is the first to be scored by the acclaimed composer Patrick Doyle, taking over from John Williams. Image supplied.

The Adelaide Entertainment Centre becomes home to Hogwarts for one night only.

The Harry Potter CineConcerts productions have been an astonishing success with over a thousand performances to date and a full calendar of dates across the globe. And their popularity shows no sign of waning if the enthusiastic full-house in Adelaide on the weekend is any guide.

Harry Potter and the Goblet of Fire is the fourth book in the Potter series and begins a darker phase in the storylines. The principal characters are teenagers now and so the stories become more mature in their themes, making them satisfying fare for adults and older children. There’s also a little flirtation and the hint of a love interest on screen. The film is rated M but none of the younger members of the audience seemed to mind, their attention mesmerised by the action on screen. My eight-year-old companion squeezed my hand tightly in a couple of scary moments but declared the event ‘amazing’.

The Adelaide Entertainment Centre foyer was draped with the house flags for Gryffindor et al making for lots of quick photo opportunities as we waited for the doors to open. It was good to see that it wasn’t just the kids who entered into the spirit of the event – there were plenty of adult Harrys and Hermiones too.

Some of the atmosphere was inevitably lost when we entered the auditorium given that it is such a big and bland venue. And no doubt the late start was due to the ridiculously ineffectual but painfully slow security checks at the door that created massive queues down the street and around the corner. As with all the Potter films, this is a lengthy affair, going to three hours with interval. Many younger children (and their parents!) would have appreciated an earlier starting time – even 6.30pm rather than 7pm would have made a difference.

The 40-foot screen dominated the view with the 72 players of the Adelaide Symphony Orchestra seated across the stage. Conductor Joshua Tan, guesting from the Singapore Symphony, engaged in the usual pre-film chat but was perhaps less conversational than others I’ve seen on the podium for these special events. And although there was some cheering, the chilly setting did seem to dampen the audience’s spirits a little at first.

None of that mattered once the lights dimmed and the film began. Here for our delight was superb filmmaking, a brilliant score, and the ASO in full flight.

Harry Potter and the Goblet of Fire is the fourth in the CineConcerts Potter series and the first to be scored by the acclaimed composer Patrick Doyle, taking over from John Williams.

The darker themes in this grown-up Potter film are all intensified by the music surrounding them. There are tempestuous moments for the trumpets and tubas; drama galore for the drums and massed percussion; and superb passages for the beautiful, evocative strings. This is a vast landscape for the composer and Doyle takes advantage of every dramatic opportunity. Despite the vacuous acoustics of the venue, the sound and the mix were surprisingly good.

The delight of these In Concert performances is that they really do bring the music to life. And the ASO was in fine form for this performance. The precision timing and robust changes in tone were all handled with ease as the orchestral accompaniment enhanced the emotional texture of the film. This was especially powerful in the moments of tension and suspense, excitement and sadness. I did find the English subtitles on the screen a tad distracting, finding myself inevitably drawn to reading rather than watching.

These events offer a perfect introduction to classical music for new audiences and remind us all that an orchestral performance doesn’t have to be traditional and conservative. And they really do breathe life into the movie music that is so often overlooked in the thrill of the action. It’s also a great opportunity for ASO regulars to see the orchestra displaying their versatility in a new venue and style.

It was noticeable that many people left their seats as soon as the end credits came on the screen even though the ASO was playing some of its most stirring music. Perhaps this is something the conductor could mention in his opening remarks to encourage people to stay until the end of the performance. Great work, ASO. And in the words of Dumbledore: ‘Ah, music, a magic beyond all we do here!’