"Comedy" that goes behind the scenes to reveal the art form is no laughing matter.
Nerida Dickinson
[This is archived content and may not display in the originally intended format.] 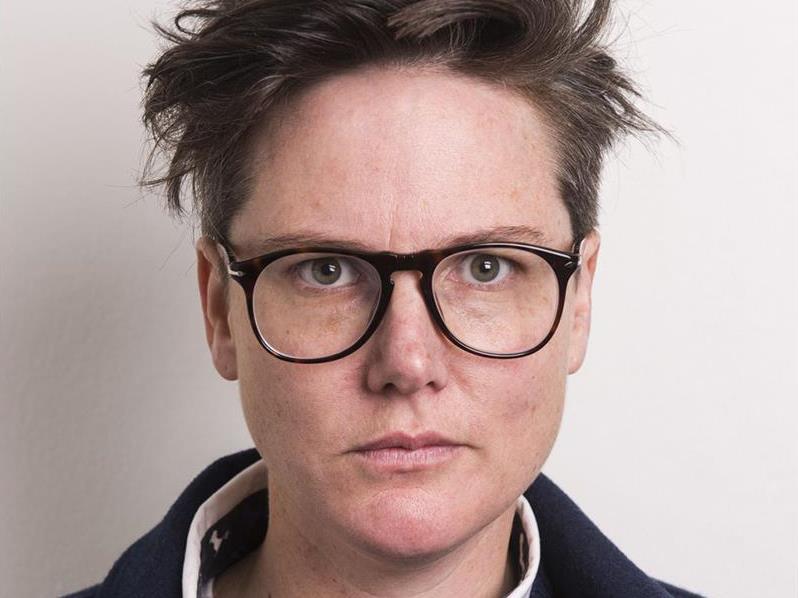 Hannah Gadsby is a good comedian. Through years of experience she has developed her craft and established her unique persona and repertoire. Opening with easy-going patter, Gadsby explains the show’s incongruous title and performs some classic stand up, familiar to her fans from television appearances. She reviews her career development, ‘helped’ by feedback from lesbian activists and opinions from straight white men. Using personal experiences, Gadsby shares the funny side of discovering her sexual identity in 90’s Tasmania, personally believing it to be a shameful crime. Droll, wry, finding the ridiculous moments arising from knee-jerk bigotry and referencing stereotypes, Gadsby makes us laugh with accessible and comfortably entertaining observations.

Then, the mood changes.

Gadsby reflects on the nature of humour, the mechanics of comedy performance and why we laugh. With clear confidence, she reveals the simple binary structure at the heart of comedy: the performer’s manipulation of an audience, creating tension and then timely defusing with punchline relief. Contrasting that with the structure of a narrative, its three parts not necessarily creating laughter, but revealing the outcomes beyond the punchline. Assessing her own situation as a comedian, Gadsby examines how both comedy and the world are structured around power, the celebration of certain identities and the attraction of ‘fitting in’. She realises that her brand of self-deprecating humour, presented from her own marginalised position, is punching down and re-traumatising herself with each performance.

Considering her own need for personal growth, her desire for context and dimension and passion and change and grief and tears to be shared beyond a trite punchline, Gadsby rejects comedy as a useful part of her life. She has short-changed herself within the limits of comedy, denying herself the chance to be true to her own story.

Performed with honesty and openness, with clever interweaving of a thread of art history’s relevance to modern life, Gadsby brings laughter and tears. While we come for the comedy, we encounter tragedy and leave with an enhanced awareness of not just Gadsby’s revelation of the despair of the ‘sad clown’ but of ourselves and the world around us.

Defying over-simplified myths, ranting against straight white men and acknowledging the twists and turns of mental illness, Gadsby does not shy away from confronting her audience and rejecting expectations. Declaring her departure from comedy, Gadsby may deprive us of a great exponent of stand-up patter, but it seems the world will be richer with her championship of truthful storytelling through narrative.