Ghost Sonata is indeed as spooky and gothic as the name suggests but an edgy score puts a strain on the production.
Jenna Schroder 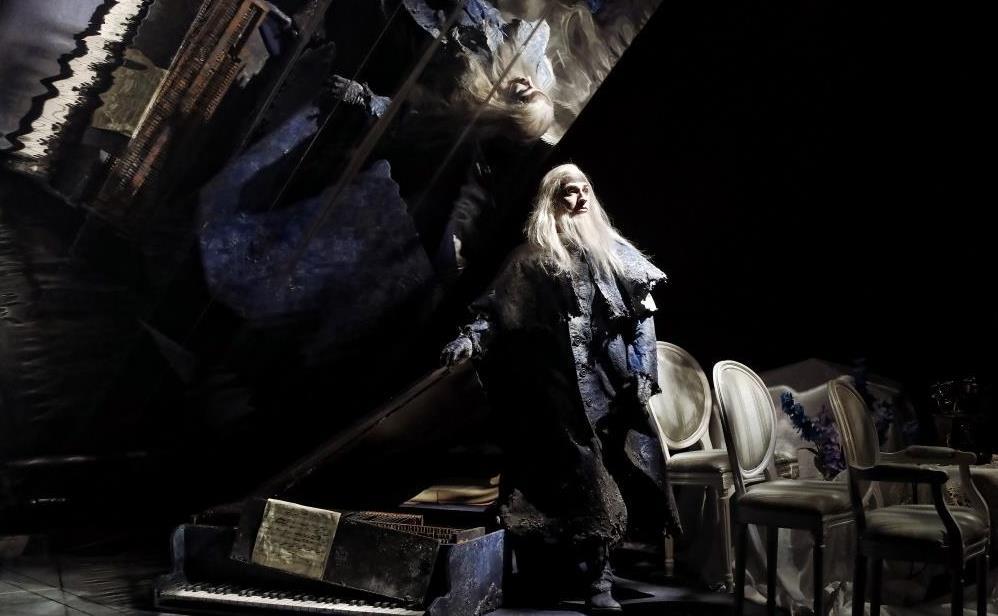 Ghost Sonata is an operatic interpretation of August Strindberg’s play of the same name. It is an unsettling gothic story steeped in mystery, a genre quite unique to the Opera Australia repertoire.

On orders from an Old Man he stumbles upon, The Student ventures into a secretive house. Inside this house are a plethora of characters, all with secrets and wrongdoings tying them to the space. The supernatural and darker aspects of humanity link arms as the mystery unravels quickly, the climax of the production wrapping up the narrative with what feels like a biblical sermon.

The cast lean into this non-traditional production, grabbing the nonconforming score by the horns. The Mummy, performed by Dominica Matthews, has a unique sound; dark yet resonant. Virgilio Marino gives a genuine and likeable portrayal of the manservant Johansson, and John Longmuir as The Colonel is aptly weak-willed and broken. Danita Weatherstone, performing the role of the Young Woman, succeeds in creating a sense of line through her phrases despite the score’s preference for notes to fall haphazardly across the stave.

While the story is intriguing, Ghost Sonata is a difficult production to engage with, primarily due to Aribert Reimann’s music. Experimenting with the sound of horror, the score is scratchy and disjointed. The abrasive melodies are unpredictable and clash tumultuously with the chamber orchestra.

The real star of this production is designer Emma Kingsbury. The set captures both the atmosphere and concepts of Strindberg’s play. It is at once deeply oppressive and exposing. The use of mirrors creates a fresh and captivating tableau on stage while enhancing the production’s theme that people are more than what they appear to be. Much like the characters, the set is unhurried in revealing all of its secrets, creating a gothic treasure trove that unfurls along with the narrative.

Ghost Sonata challenges the Opera Australia mould but it is by its very nature, particularly the score, an uncomfortable production.