This exhibition questions how we use collective cliches to construct narratives, but is it the best route to truth?
Gina Fairley 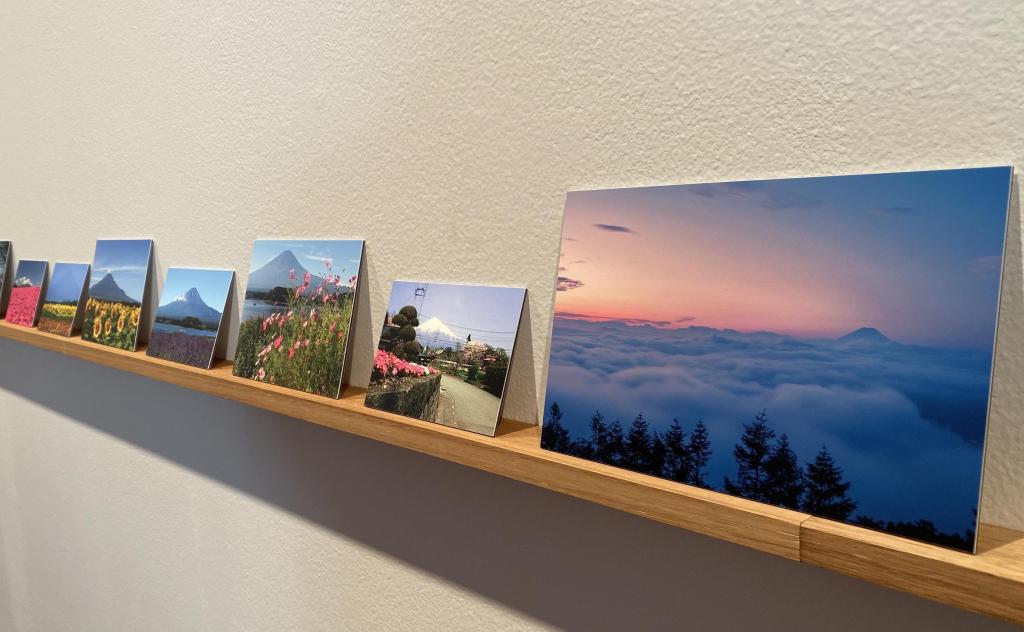 If asked to picture Mount Fuji, collectively as a global audience we could quickly conjour an image – heck, we could even draw it. Does that then give us some sort of ownership over this iconic natural form, which speaks of universal beauty, tourism and Shinto spirituality?

It is a curious thought to ponder in the context of Fiona Tan’s exhibition Ascent, which is presented by the Samstag Museum of Art in association with the Adelaide Film Festival and 2019 OzAsia Festival.

Tan was born in Pekanbaru, Indonesia, to an Indonesian Chinese father and Australian mother, before spending her early childhood in Melbourne, then bouncing around Europe before making The Netherlands her home. She even represented The Netherlands at the Venice Biennale in 2009.

Tan described herself as ‘a professional foreigner’ a couple of years back, a gong she now resists. Does that peripatetic bounce allow a certain perspective or permission when adopting the cultural icons of others? I am not so sure, but the perpetual bounce does keep the eye fresh.

In the context of Tan’s Ascent, one must ask whether her take on Mount Fuji offers authentic conversations, or does it have that twang of the FIFO (fly in / fly out) artist, parachuting in on a residency and hooking onto the easiest common denominator?

Ascent comprises a 77-minute single-channel film, accompanied by 150 colour photographs mounted on a shelf. For all, the subject is Mount Fuji. Indeed the film is not far from an old-fashioned slide-presentation of those 150 photographs, many of which have been taken by unknown authors.

Tan made the film in collaboration with the Izu Photo Museum, located in the foothills of Mount Fuji where, during a residency, she was given access to their photographic archive. During her residency, the museum launched an online project where anyone could upload their own images of Fuji. I have read that uncannily around 4,000 photographs were submitted: weird given than Mount Fuji is just under 4,000 metres tall.

What is resounding, walking around this exhibition at Samstag, is that a sense of the collective is paramount. It also speaks to notions of historical record and questions authorship when it comes to the writing of those histories.

Narrative, clearly, is the foundation to Tan’s film – well, a slip and slide between filmic narrative and photography – which is loosely framed on a love story: an English woman’s letters (voiced by Tan herself) to a Japanese man (voiced by Hiroki Hasegawa) who has been dead for several years. The woman is grieving.

The popular Japanese belief is that life itself originated on Mount Fuji, as it was closest to heaven. And yet at its base, during World War II, the Americans held a military camp and censored any images of Mount Fuji. All these narratives, however are usurped by modern tourism.

It is a canvas on which viewers can project their own associations or readings; Fuji’s histories are both spiritual and threatening – not forgetting it is a volcano.

The film is heavily didactic as a result and I would suggest not Tan’s most successful work. And the cynical among us might ask is Mount Fuji indeed Tan’s story to unravel, or further complicate?

Perhaps the photographs were enough in themselves, marched out along a banal shelf. They left more room for truth, and for the viewer.

Walking into the gallery, this is what visitors first journey around, the shelf sitting just below eye height. The photographs are beautifully presented – gorgeous, succinct objects that feel familiar and nostalgic. They re-deliver the narrative that we have collectively constructed of Mount Fuji, regardless of whether we have visited the Japanese icon or not.

It works as an installation. And it leads us to question notions of peripheral detail, from archive to technology, history to oppression, affluence to culture – the things at the edges of these Mount Fuji images that speak of truth rather than awe. It is an eloquent study of culture in its broadest most textured sense.

Tan has been widely celebrated internationally; her works are housed in top-tier contemporary art museums and she is a regular highlight of the biennale circuit. But what really do her Mount Fuji pieces mean in our times of post-analogue appropriation?

Moving to the upper level, there are another two works presented: Elsewhere (2018) – also filmed during a residency, this time in Los Angeles – and Vertical Red (2018). It feels thin in comparison. The long expansive wall overlooking the lower gallery has been kept vacant, and reads as an opportunity missed to string the two parts of the exhibition together through sight lines.

In a blackened smaller gallery is the single work Vertical Red – a string of traffic almost caught in stasis defined by their tail-lights. The ever-slow creep forward plays with our read of time and reality.

As an artwork, it is a quick read for viewers, but that doesn’t diminish this piece. I like its compact, relational narrative. However, I would have liked this one-liner to be extended through other works or contexts.

In combination, these works have taken a cliched moment of a residency engagement and escalated it to the attempted profound.

Collectively, this exhibition is true to Tan’s reputation – widely regarded for her poetic meditations on representation, time and place. Ascent is the first significant presentation of the her work in Australia in a decade. Samstag Museum of Art has a fantastic program in making those connections, persistently reaching and pushing, sparring and riffing between here and our region, and exploring the edges of contemporary practice now.

This project is no exception to that.

I kind of like that I feel unsettled in my thoughts about this show. It forces me to think, without relying on the wallop of socially and culturally assertive making. But – going against all prior reviews of this 2016 filmic ‘master work’ – to this humble reviewer the film feels like it has been pushed too far, while the exhibition as a whole feels like it hasn’t.