Capsule reviews of a range of RISING productions including The Picture of Dorian Gray and Stephanie Lake Company's Manifesto.
Richard Watts 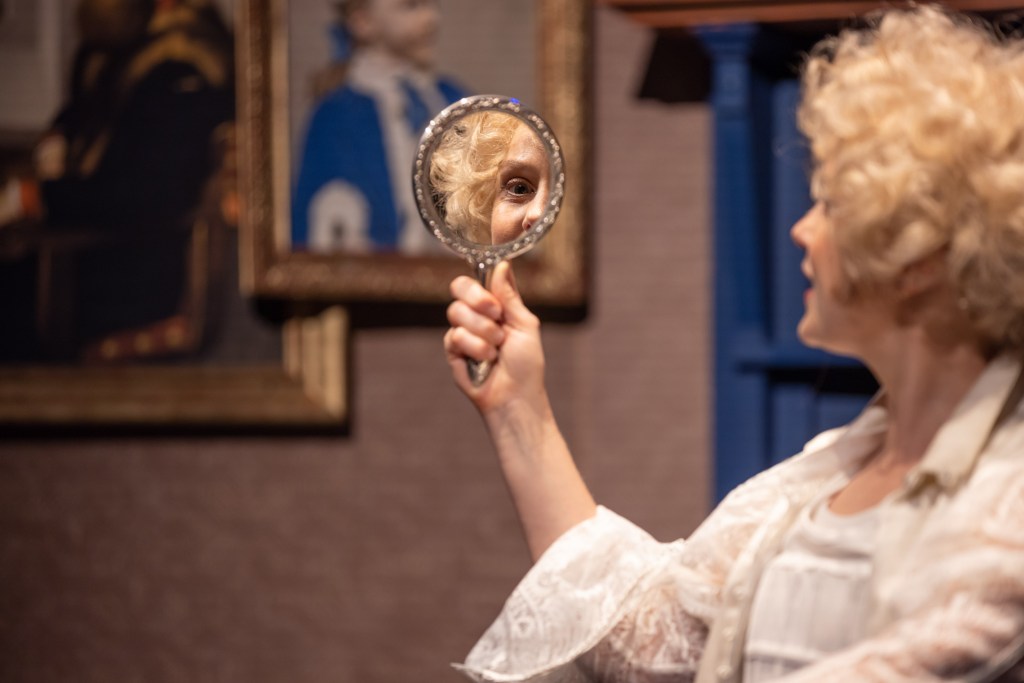 The last Melbourne International Arts Festival was staged in 2019 and its new incarnation, RISING, was cancelled outright in 2020 because of the pandemic. Last year, RISING opened for a single, bittersweet night before grinding to an abrupt halt, its ambitious program a victim of Melbourne’s fourth ‘circuit-breaker’ lockdown.

Consequently, it’s been a long time between drinks for festival-hungry Melbourne audiences.

With much to see in this year’s RISING program, here are a series of short critical reflections from our Performing Arts Editor Richard Watts about the works he’s seen at the festival to date.

It’s rare to see a contemporary dance production in which the audience are whooping, whistling, cheering and otherwise expressing their delight throughout the performance, especially in the usually more conservative confines of a major theatre, but Manifesto – the latest work from talented Melbourne choreographer Stephanie Lake – is a dance work like few others.

Nine lithe dancers dressed in white sit on a semi-circle of chairs on the stage of Malthouse Theatre. Behind them, on a raised, semi-circular dais at the rear of the stage, sit nine black-clad drummers, each with their own drum kit.

The percussion, when it begins, is almost shocking – a sudden, explosive retort that ends as quickly as it begins, but not before sparking an equally short, explosive movement from each dancer. Audience members gasp and laugh, shocked by the sudden sound.

Another short burst of sound, another abrupt movement from each dancer. A pause, a beat, a move; a tableau of bent arms and gaping mouths; then again, and again, the pattern building and increasing in frequency until the dancers leap from their chairs and the wild revels are fully underway.

Manifesto is an ecstatic hour of dance in which the drummers – and Bosco Shaw’s lighting cues which focus our attention on them – are as tightly choreographed as the dancers themselves. Robin Fox’s complex score builds and grows, shifts and shivers, one moment evoking heavy metal, the next jazz, post-rock and industrial rhythms and soft, ringing chimes.

The movement vocabulary is equally ecclectic and lively, a hint of circus here before the dancers flow together there in fluid, interconnected groups. Bodies splay, dive, twist, spin; drumbeats shift from driving to subtle, solo to ensemble; a selfie is taken, a grin flashed – and an arse.

Manifesto is unpredictable and beautiful, driving and euphoric, silly and sensual; a joyous celebration of primal sound and exquisite, rigorous but free-flowing dance. Costume changes, connection, tenderness, a rock star moment and pure, unfettered joy – this production has it all.

On the occasion of its original publication in Lippincott’s Monthly Magazine in July 1890, Oscar Wilde’s The Picture of Dorian Gray – the only novel he would ever write – was decried as perverse and dangerous.

Indeed, the conservative poet W. E. Henley, then editor of the Scots Observer, went so far as to describe its plot as dealing ‘with matters only fitted for the Criminal Investigation Department or a hearing in camera,’ while the book itself was condemned as being fit reading matter ‘for none but outlawed noblemen and perverted telegraph boys’ (a reference to the Cleveland Street scandal of 1889, in which London police discovered a homosexual brothel operating in the West End suburb of Marylebone).

In response, Wilde wrote in the preface to a revised and expanded version of the story that: ‘There is no such thing as a moral or an immoral book. Books are well written, or badly written. That is all.’

Today, Wilde’s Dorian Gray is celebrated as a baroque, gothic gem. This STC production, adapted and directed by Kip Williams and staged in Melbourne as part of RISING, is equally celebrated.

Approaching a work that has received so much praise, so many five star reviews since its world premiere in 2020, is all too often an enervating and dispiriting task. Few such productions live up to the hype that surrounds them.

Thankfully, The Picture of Dorian Gray is one such work. It is, quite simply, exceptional.

Erin Jean Norvill plays the titular Dorian Gray – an impossibly handsome youth who, after first setting eyes on his freshly-painted portrait exclaims: ‘How sad it is! I shall grow old, and horrible, and dreadful. But this picture will remain always young … If it were only the other way! If it were I who was to be always young, and the picture that was to grow old! For that – for that – I would give everything! Yes, there is nothing in the whole world I would not give! I would give my soul for that!’

Dorian’s wish comes true. The portrait ages and decays, becoming a loathsome reflection of his increasingly corrupt soul, while Dorian himself remains in ‘his rose-white boyhood’ for many years, as slim and handsome as the day the finished painting was signed in long vermilion letters by the artist Basil Hallward.

Erin Jean Norvill also plays Basil Hallward in this production. And Hallward’s friend, the decadent aristocrat Lord Henry Wotton. And every other character in the play – 26 characters in all. It is a brilliant, breathtaking, bravura performance.

In this Norvill is aided by carefully choreographed and blocked cinematography and staging, and Williams’ incisive direction. A small army of stagehands and camera technicians whirl around Norvill to facilitate the transformations we see play out on screen: multiple screens hang above and glide across the stage, some displaying a live feed, others employing clever video trickery to show Norvill in conversation with herself – or multiple versions of herself.

Wilde’s wit is present at every turn, though occasionally cheapened by a clumsy interjection – a fart joke, for instance, feels unnecessary – while the novel’s original themes of performance and personae, transformation and beauty find new weight and resonance in this production by echoing contemporary obsessions and concerns.

Dazzling and inventive, The Picture of Dorian Gray leans into excess but knows just when to pull back and focus on Dorian’s lost humanity instead of revelling in artifice. At other moments its gaudiness (thanks to Marg Horwell’s superb design) is almost grotesque, echoing the darker aspects of Wilde’s original novel.

Assured, intelligent and dazzling, this adaptation of Dorian Gray is a near-perfect match of source material, directorial skill, acting talent and production elements. Don’t miss it.

A collaboration between two nationally significant companies, Rewards for the Tribe subverts the idea of bodily perfection – as immortalised in Da Vinci’s Vitruvian Man – and celebrates the wonky reality of everyday life.

Manipulating a series of Mondrian-inspired props deigned by Jonathon Oxlade, and utilising microphones concealed within several of the objects, the dancers create beautiful chaos both visually and aurally, their grunts and sighs amplified and incorporated into Aviva Endean’s pervasive sound design. Limbs extend in high kicks and hands intersect; sharp, angular poses suggest the constraints of daily ritual; order breaks down into gleeful absurdity. Genuflection becomes celebration, a parade of pixels, with an elegiac undercurrent creeping back in as the piece concludes.

Rather than striving for impossible perfection, the work seems to say, true satisfaction lies in embracing all the messy absurdity of existence – a simple enough proposition, embodied here joyfully and beautifully.

Australia is a nation of jailers, an ugly truth explored with fierce beauty in this latest dance work from Marrugeku.

The production embraces painful truths but never feels hectoring; it also features palpable moments of delirious joy – a necessary respite from the tears so often generated in its darker passages.

One of the finest works I have seen this year, Jurrungu Ngan-ga left me breathless, exhilarated, and deeply, deeply moved. As our reviewer Kate Rendell observed of its community preview in 2021: ‘It is exquisite and unmissable.’

Arab Strap at The Forum

Dark and driving songs – many from the 2021 album As Days Get Dark – showcased Aidan Moffat’s mordant wit and melancholy worldview, with guitarist Malcolm Middleton a silent, solid presence throughout.

Starting the night as a full band, the encore was performed by Moffat and Middleton as a duo, echoing their earliest collaborations.

A hiccup saw one song grind to a halt twice before Moffat eventually identified the problem (blaming his on-stage consumption of cider for the error) but overall, the band were tight and the sound mix pure – with the end result being a bleakly beautiful night of music.