An eclectic showing of artists from here and afar touch on a diversity of themes around language and identity.
Vanessa Francesca 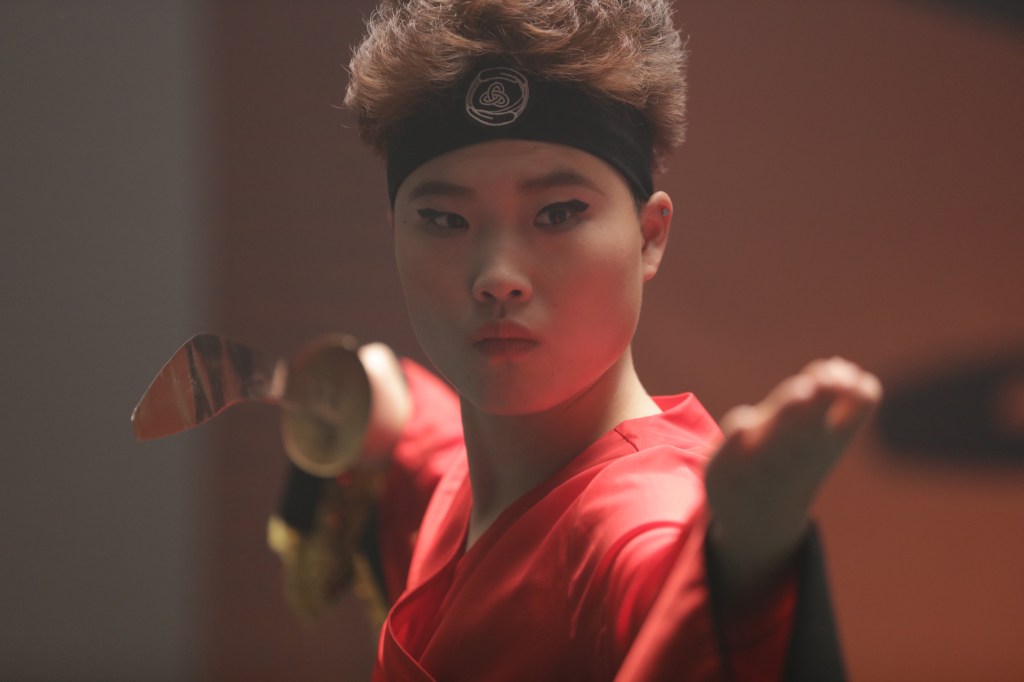 One of the great talents of Monash University’s little known Monash University Museum of Art (MUMA) is that it is able to marshall big, diverse exhibitions of artists with varied backgrounds and lived experience under the umbrella of some big curatorial ideas. Language is a River runs from 27 November – 15 January 2021 and touches on themes of multicultural and queer identity, modernity and postmodernity, and the subjective subject, while featuring a range of artists from Australia and internationally.

Ellen Van Neerven’s poems, which, without officially being part of the exhibition, set the tone. Van Neerven is unquestionably one of our nation’s – and the First Nations’ – most visible, versatile and witty poets and the poems repurpose the personal and the political and explore the Rubik’s cube of contemporary identity.

Further from home, the exhibition also presents the Melbourne debut of contemporary Glasgow-based artist Charlotte Prodger, whose Turner Prize winning video BRIDGIT 2016 creates an aura of mystery with a series of juxtaposed videos that bring Scotland’s haunting landscape to one of Melbourne’s most diverse suburbs.

Another highlight is the video of Shen Xin, a Minnesota and London-based artist whose Commerce des Esprits is a compelling and arresting examination of personal and philosophical aspects of language across a variety of settings. Zurich-based artist Wu Tsang’s film, Duilian, flips the gaze of the viewer through an anti-Orientalist exploration of two nineteenth-century Chinese women re-enacted against a motif of muted reds.

But the exhibition also contains reflections of contemporary life. Sarah Rodigari’s series of sound and visual installations based on a residency at Monash Business School are bold satires of contemporary alienation delivered with piercing detail and insight.

Overall, the exhibition curated by Hannah Mathews and Melissa Ratliff is an intricate, intertextual experience that explores a number of different elements of the interaction between language and identity. The results are often charming, sometimes funny, and always memorable. If the exhibition is bigger on curatorial ideas than formal clarity, this is to the benefit of the viewer, who is able to dive in at a variety of points and experience a range of subjects and emotions through this group show. The ideal viewer for the show may be quite specific, and come from the kind of critical environment that liberal arts educations make ubiquitous.

That said, Melbourne is a destination for contemporary art and Language is a River is a compelling feature of mixed media, film, sound and installation works that will appeal to the palate of a discerning viewer. One of the hallmarks of city planning in new urban environments is the ability to attract and sustain a specific creative class. In other words, if theory heavy contemporary art is a thing in the world, why not make it a thing in Melbourne? In engaging with post structuralist ideas about the limitations of language, the exhibition brings a range of ideas about identity to the fore, and starts a conversation that will certainly take a long time to finish.