A brief peak into the mundane and mysterious lives of Elizabeth of England and Elizabeth of Sydney.
Kyle Walmsley
[This is archived content and may not display in the originally intended format.] 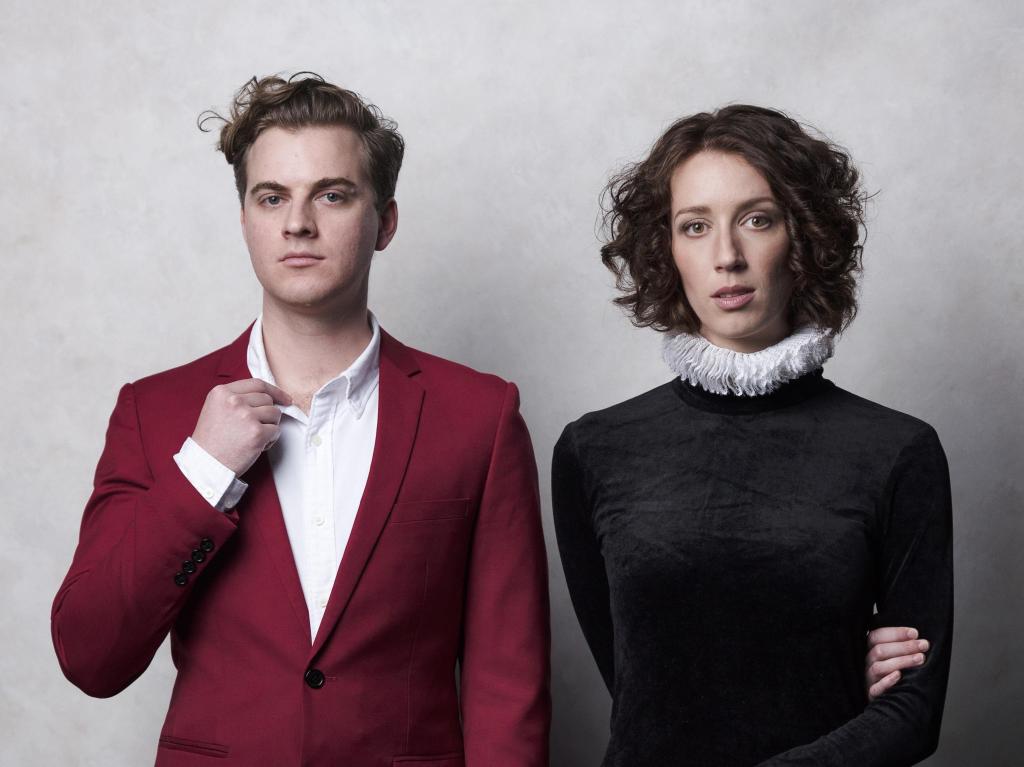 The story of Elizabeth I tells the intersecting stories of two Elizabeths – one working in a pharmaceutical company customer satisfaction department in Sydney 1997, and the other is the Virgin Queen of whom we are familiar (from Blanchette to history book interpretations).

The ’90s-era Elizabeth has a slew of particular quirky facets to her otherwise mundane life: She has a bizarre medical history; unrequited love of her co worker Robbie D; a pug, and her ongoing dance training. After a series of mysterious and low voiced phone calls threatening to kill her by morning, Elizabeth does whatever it takes to get on with attending and enjoying a Halloween Dance she’s been looking forward to. This includes summoning Elizabeth I, Queen of England. As the Elizabeth’s begin to assimilate as one, things get increasingly more bizarre.

If it sounds like the plot is a little thin at this point, it is. It plays second fiddle in this production as a vehicle to explore a series of clever and beautifully realised clownish moments. There’s a familiarity of imagery and delightfully satirised tropes but without a strong sense of why. The show explores styles and elements familiar to those who grew up on 80s and 90s movies as a kid – where wishes are granted at vintage arcade machines, and time travel and transformation are as simple as lightning in the right time and place.

Monsters Appear and Ben Shostakowski’s stamp is crystal clear on the production – it’s delightfully wrapped up in theatrics and imagination, but never departs too far from our awareness of the very stage we see in front of us. It’s full of the joy of ‘performing’.

The comedy of the piece is carefully balanced on the technical wizardry of the show causing moments of great 80s cinema joy. Jason Glenwright’s lighting design is a key player in the comedic precision of the transformation of Elizabeth and the worlds. The soundtrack as well is excellent and the mix of baroque strings, choral and 80s power ballads and 90s techno, all aid in the rollercoaster collision of worlds.

Emily Burton as sole performer and both Elizabeths is exceptionally watchable and is a theatrical machine. Her work is particularly physically nuanced in her transformation between Elizabeths, and the intricacy of interplay between performer and technical elements is masterful. Burton has the gravitas and supple ability to be able to bring Elizabeth I to life, delivering Elizabeth’s Tilbury Speech one moment and turning on a dime to inhabit the awkward and second-guessing Elizabeth. The script is sprinkled with historical artifacts, rather than a historical timeline. Elizabeth I’s original poem ‘On Monsieur’s Departure’ is delivered by the modern day Elizabeth in a gesture of romance.

Sitting at around forty minutes, the show felt a lot more like a showing at one end of a really interesting creative development. A development that will no doubt extend to even greater things. (As hinted at by the final image on stage a projection of the words: ‘To be continued’.) Also, with an adult ticket plus the Powerhouse booking fee, it felt a little brief as a stand alone work.

Described as historical fanfiction, the fun and enthusiasm of the team is evident in the central style of this work – kooky, detailed and at times unashamedly frivolous – it’s fanfiction not just for Elizabeth but for cinema, the 80s, 90s, theatre, and performing. Let’s hope Elizabeth I gets another outing soon.

ELIZABETH I from Benjamin Schostakowski on Vimeo.