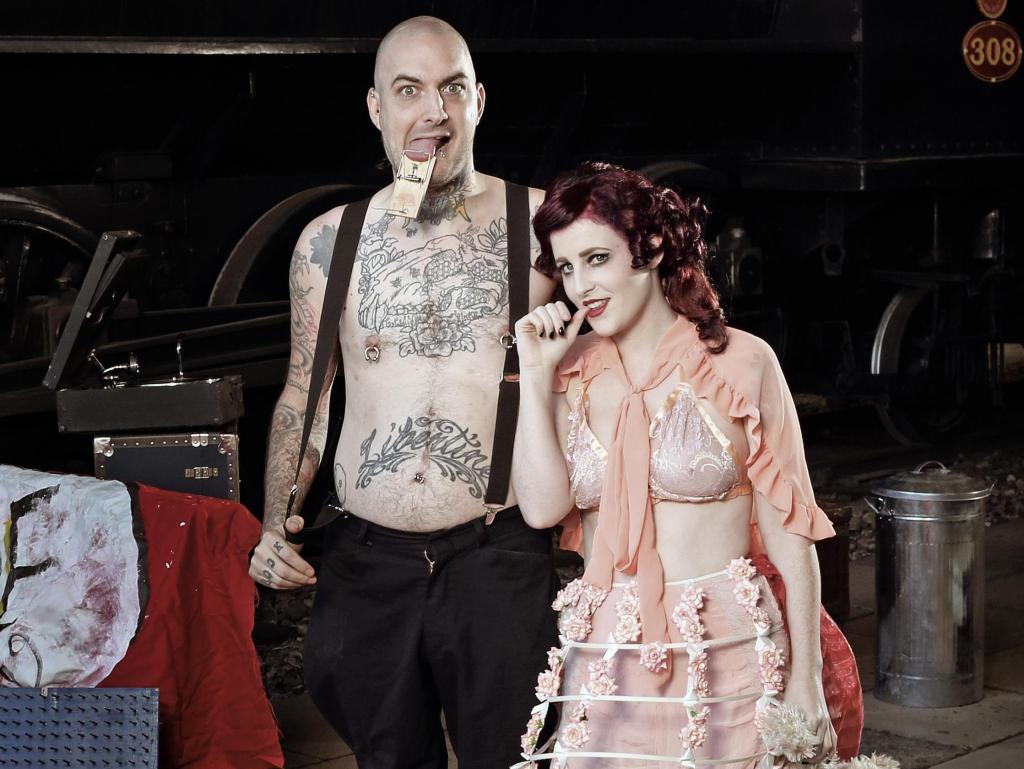 Twisted Vaudeville Circus bring more darkly entertaining variety to Fringe World with their latest incarnation of Dark Cabaret, tailoring the performance to fit the theatrical venue of the Empyrean in an ambitiously long run of shows.

A luxurious venue change from previous presentations in spiegeltents, the mood is decadent as the audience file in to ensconce themselves in cinema style armchairs, serenaded by live jazz being crooned in various languages. Once the door closes, the magic commences: a tight parade of talent bursts onto the stage, each act its own little world of breathtaking spectacle. The precise line up promises to change from night to night, but the sophisticated musicians are masters of the shifting atmosphere. Dazzling smiles are the order of the day, from elegant burlesque strip teases, to fantastically flexible contortionists, casual aerial hoop displays, fire-eating and other flame play, wince-inducing use of piercings and staple guns and some sultry singing and lip-synching.

Highlights of the night include an eerily calm and broadly smiling contortionist, who opens and closes the show to the strains of ‘Blue Moon’, arranging her body into positions that should not be physically possible. The Rybka Twins, also doing a contortion piece, work in with a music hall number about double acts that has the main singer shimmying across the stage. Vivian Marlowe captures our attention with a strip tease following a strong narrative – using a piece of hunky man meat as a prop – while Miss Kelly Ann Doll unfolds herself from box with a snake charming-inspired burlesque routine. Circus Carnis demonstrates just how far the human body can be tortured in the name of entertainment, with more than a few gasps at the sight of blood streaming from piercings (by which the much-pierced man was being pulled around the stage).

Despite the slick production and professional approach of each of the acts, each and every one seems to have only a short turn on stage. There appears to be far more potential for each, with the show as a whole not seeming crafted to provide an overall progression for the audience.

While it is a fact that pieces involving stunts, and those which place extreme physical demands on performers, may not always work on the night, the audience deserve more than the perfunctory ‘nick off’ given by the otherwise dashingly charming lead singer on opening night. The show must go on, and the return of the smiling contortionist is a good move, but cutting the performance short by 20 minutes (allowing for the late start) without any explanation or apology is a poor response to whatever happens behind the scenes. Twisted Vaudeville Circus have done far better than this in the past and will hopefully look back on Dark Cabaret: Theatrical Oddities as a low point in a continuing series of dazzling presentations yet to come.