A captivating performance from a rising star.
Leila Lois 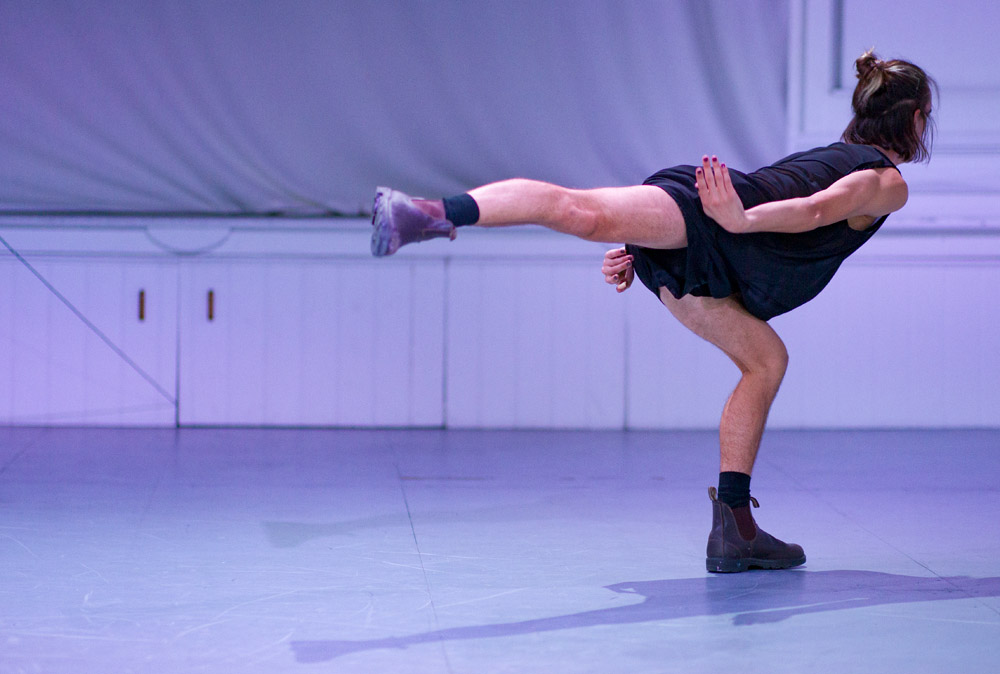 Dance, the most poetic of non-verbal art forms can, at its best, tap into the heart’s channels like no other art. Alice Spring-raised, Melbourne-based choreographer and dance artist Benjamin Hurley is a bright star and his most recent work, UpAndUpAndUpAndUp, was quite simply a blessing for the eyes.

Set and costume designer Andrew Treloar made a beautiful composition of striking makeup; loose mesh black shorts/singlet/riding boots combination; diagonal lift lines and intimate staging in the round, accentuated the dreaminess of Hurley’s dancing. He has a unique slope and curve to his movements, one that might be perceived in the most sublime natural settings, such as a waterfall or a whirlpool. He seems to melt in his body rolls and sways, leading with a slight of the head, a flutter of the hand, a fly of the arm. A line from Frank O’Hara’s poem ‘Having a coke with you’ floated through my mind: ‘and the fact that you move so beautifully more or less takes care of Futurism…’

Hurley’s movement vocabulary and choreographic signature is fluid and quite simply divine.

The score, by Robert Downie, moved between the swells of impressionist piano to soft chimes, and an engine humming. This suited the live yet meditative energy of Hurley’s dancing as it washed over the audience.

The piece tracked Hurley as he eddied, spun and flew. The intimacy of his position in the round, dancing off-balance skilfully within centimetres of the audience, was breathtaking. His visage was a picture of contemplation and focus throughout as he appeared to be taken over by the dance. The piece ended in a pool of red light fading to black. A wetsuit, boots and a red anorak were the major props that were suspended, put on and removed, hinting perhaps at the shedding of skins, revelation, disguise and renewal.

Hurley created a piece of captivating dance that had my eyes fixed and glazed, drinking in the beauty right until the last drop. Watch this space. Benjamin Hurley stands out as a uniquely captivating dance artist and is set to soar.