Concert review: Songs That Made Me, Jess Hitchcock

A singer at the peak of her game travelling across musical theatre and opera, country and folk, jazz and pop.
Gillian Wills 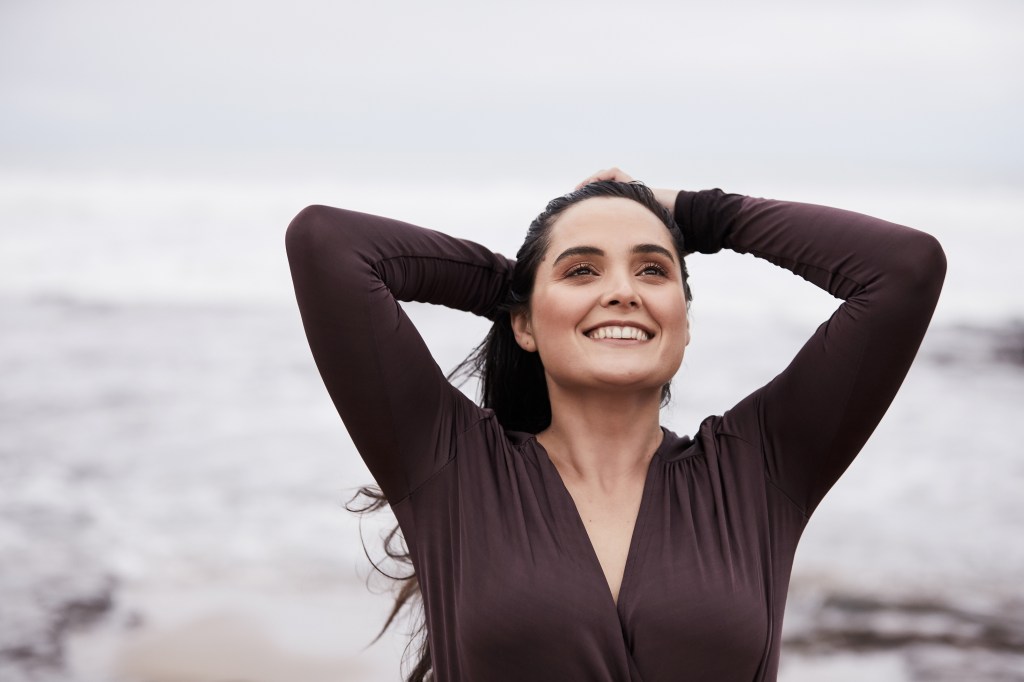 ‘Her voice was a powerful, malleable instrument which she used to great musical effect.’ Photo supplied.

Brave, soul-searching and self-deprecating; Jess Hitchcock exudes musical confidence. She’s a performer through and through. Banter between songs can be awkward, but shining through Hitchcock’s repartee was authenticity and a celebration of her vocal talent and the adventures she’s experienced because of it. She’s sincere, direct, intense and very much at home on stage, which enabled her audience to become immersed in her at just-the-right-length 50-minute presentation that left the crowd wanting more.

Her lyrical power is crucial to Hitchcock’s well-being. She told her audience at Queensland’s Opera Studio that when she was 17, she fell in love musically with Louis Armstrong. She’s toured with Kate Miller-Heidecke and Tina Arena. She’s a musical associate of Archie Roach and she had a spat with Paul Kelly over his suggested lyrics for a jointly written song. But soon after she and Kelly wrote, ‘Every Day My Mother’s Voice’ which she performed.

Piano associate Trevor Jones drove a bold, invigorating approach to the piano; shape-shifting his accompaniment to suit the variety of music. He can sound like a support band and generated much energy in adapting to the vibe of each of the songs Hitchcock sang through her broad-ranging music. When Hitchcock strummed her guitar, he wallowed in a deeper piano register to fatten the accompanying sound.

Her voice was a powerful, malleable instrument which she used to great musical effect, from a hushed beginning to an anguished, belted yowl in a moment of high drama, for instance in ‘Woman,’ a music theatre song, or a rhythmically stretched, swung jazz number. From the very first song, her voice leapt off the stage in the intimate Opera Studio space.

There’s a classical focus when Hitchcock sang a poignant song composed by Deborah Cheetham, jazz in Skylark, blues in ‘No More Blues’ and in the work she’s composed such as ‘Stay With Me’ from her album Bloodline. Her own material was emotionally intense, accompanied on ukulele or by herself on the piano or else intensely strummed on guitar. She can switch sound-makers in a seamless no-fuss manner. There are traces of Katie Noonan, Tina Arena, Joan Baez, Joni Mitchell and others in her approach and yet her voice is original and not derivative.

It’s fashionable nowadays for singers and musicians to talk about music as story-telling, but Hitchcock is one of the few who brings that off; she shaped the introduction, the tension, the pathos, the climax and drama. This was a refreshing, entertaining show. Hitchcock has a formidable talent.