A rock tribute to David Bowie, with circus arts among the glittery mix
Charlene Li 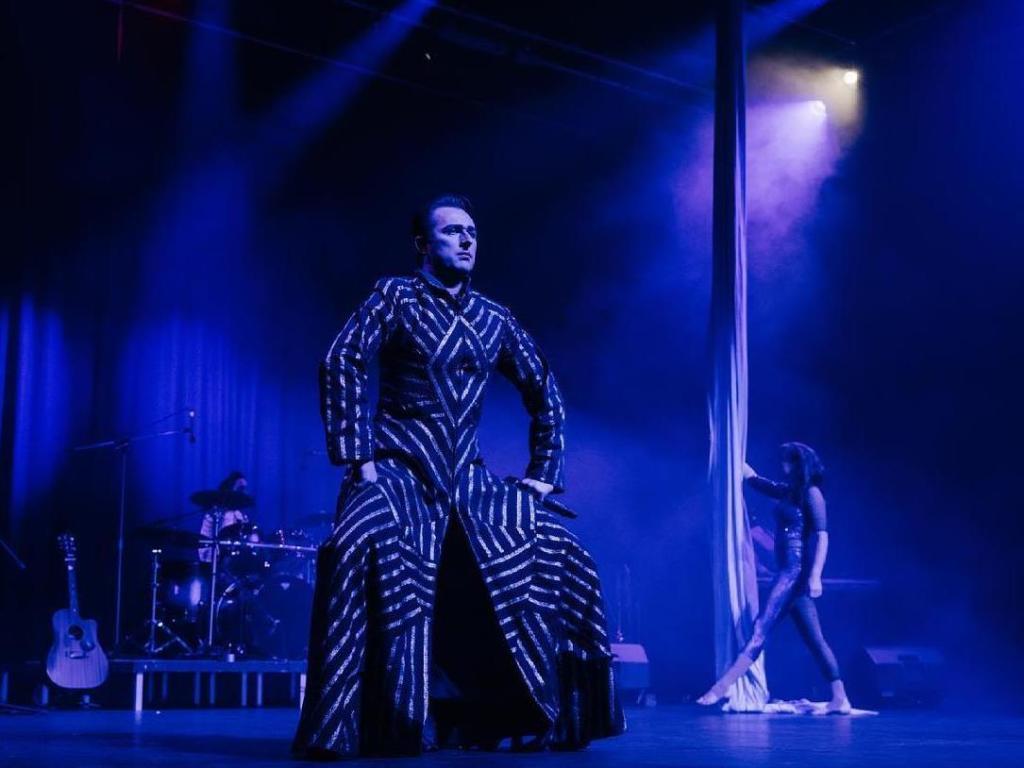 Rebel is a rock-circus tribute to David Bowie covering some of his most iconic songs, with some acrobatics and circus arts thrown into the mix. Stewart Reeve on lead vocals has the rather unenviable task of stepping up to Bowie’s role both vocally and in terms of stage presence, and carries the show. Making up the ensemble is aerialist Jane Schofield, and a group of multi-talented and multi-utilised rock instrumentalists/circus artists.

A rock-circus tribute to David Bowie is a premise with great promise and potential – there are so many facets to Bowie as both an artist and a human that could be delved into and expanded on in live theatre. Regrettably, this iteration of Rebel doesn’t come close to the promise or the potential of the show, and feels rather like a tribute concert performed in a pub or RSL club with a smattering of circus tricks haphazardly scattered throughout.

Stewart Reeve is a competent vocalist and his task isn’t easy, but his performance was neither similar enough to be a satisfying facsimile of David Bowie – for those who want that – nor his own unique interpretation of the man and the concept. While each of the performers are perfectly capable (if not technically dazzling) and remain commendably committed throughout, moderately okay performances aren’t enough to sustain or justify a show.

Rebel flounders in two key and overarching ways, and small improvements here could go a long way: a lack of integrity and cohesion in every sense, and lack of tonal and textural variety.

Despite the fact that some of the instrumentalists also performed circus tricks, overall the circus elements – particularly the aerials – felt disconnected from the rest of the show, as if thrown in as an afterthought. There is a lack of on-stage chemistry and rapport among the cast, despite the small ensemble. Each of the instruments were played in a way that competed and clashed with each other, rather than complementing or blending to make a greater aural whole.

Each of the songs are performed with an almost identical energy, style and even volume, despite there being enough variety in the songs themselves for a wider palette to be used on stage. This particularly noticeable from lead vocalist Stewart Reeves who’s onstage for much of the show, and sustains the same aggressively energetic performance style and vocal quality throughout. As a result, Rebel feels bland and monotonous – despite the colours and sequins on stage. Exploring light and shade, contrasting moods, styles and  decibels – without straying from the brief of David Bowie – would go a long way to making Rebel the show it promises to be.