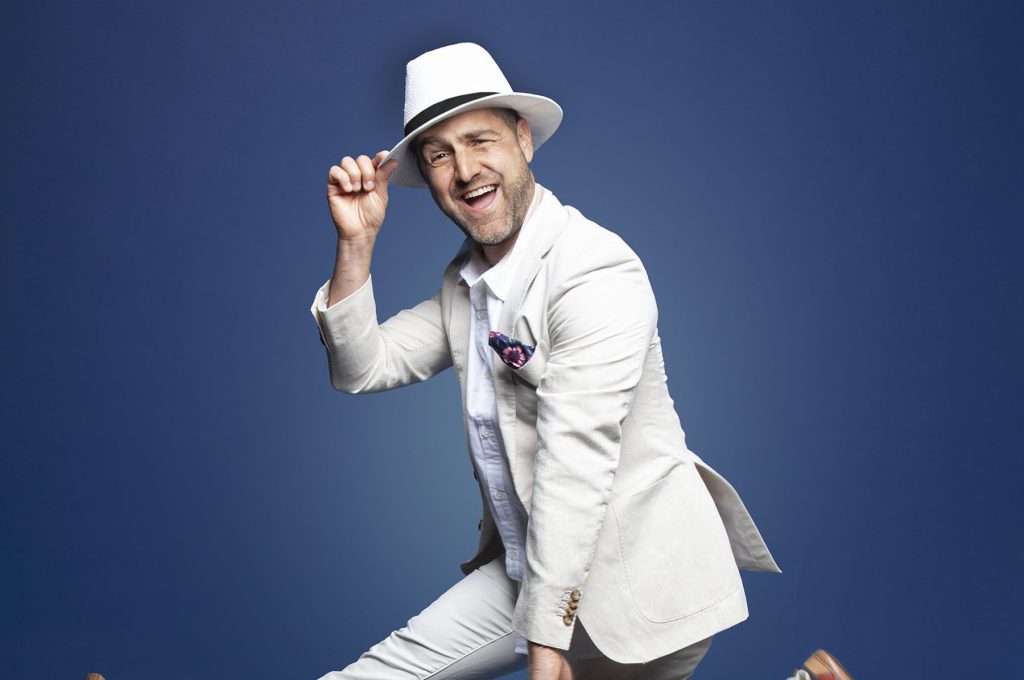 ‘Aristeguieta is a prime example of that thing comedy can do better than anything else: disarm with laughter in order to reveal truths or insight.’ Photo supplied.

Ivan Aristeguieta weaves a powerful story that packs a funny punch. He is, at various times, an immigrant, an Aussie, a Venezuelan, a child, a lover, a parent, a psychologist, a drug-pushing psychiatrist, an anxiety-ridden set of neuroses, a frazzled ALDI shopper. He takes us from parenting to parkour, from perspectives on tequila to a forensic analysis of that Aussie saying ‘She’ll be right mate’. Regardless of the story he’s telling, he’s always funny and insightful at the same time.

Aristeguieta appeared at the Athenaeum throughout the Melbourne International Comedy Festival, making audiences roar with laughter and murmur in recognition. He tells us he’s in the business of making people happy, just like his parents, who were a psychologist and a psychiatrist. As you might expect, there’s a fair amount of humour about the joys of mental health.

If you’re anything like me, you’ll be simultaneously laughing and agreeing with Ivan as he lets loose a fast-paced word cloud of anxious thoughts and catastrophising. If you’re a parent or the friend of a parent, you’ll be laughing in agreement as he takes gentle pot shots at both. If you’ve learned to expect the unexpected thanks to COVID, you’ll see yourself in his stories.

Like any good child of mental health experts, Aristeguieta is at times a mirror – reflecting back to us our hypocrisies and insecurities and why they’re endlessly funny – and at times a window – showing us a world that’s unfamiliar and reveals yet more about what it means to be human.

The Melbourne International Comedy Festival all about laughs, of which there are plenty in Aristeguieta’s show. But underneath the insightful humour and carefully crafted tales, there’s a deeper awareness of what it means to be human. And a deep, abiding compassion for those humans.

This is intelligent, thought-provoking comedy that will stay with you for hours or for days. Aristeguieta’s storytelling is well-paced and cleverly written, not just relying on one-liners or dick jokes. He starts a story with a single quip that elicits guffaws, then unpacks the idea through a series of stories, ending with a final hilarious observation that has the audience roaring.

Aristeguieta is a prime example of that thing comedy can do better than anything else: disarm with laughter in order to reveal truths or insight. While we’re laughing at conspiracy theorists and others of that ilk, he turns the mirror on the audience, so we recognise our own stupidity and are also able to laugh at ourselves. In the end, I walked out with greater compassion for the ‘fucking stupid’ in all of us. This is the job of comedy.

Don’t get me wrong; it’s not all serious messages and empathy. Aristeguieta also had us in stitches with his imitations, his reminder of how much ALDI and IKEA can mess with the human brain, his acronyms for both. Deftly weaving themes and stories from his birth home of Venezuela with his ten-year-home in Australia, he explains how a home with a toddler is like a dictatorship, how his friend’s grandmother’s bones were stolen from her grave, and why he went commando on New Years Eve one year – instead of wearing the requisite yellow undies.

More than anything, Aristeguieta’s humour is superbly self-deprecating. As he reveals who he is, his neuroses and needs, he laughs and smiles and laughs at himself and yes, makes us happy. It’s an abiding happiness, thanks in part to the genuine warmth wafting off Aristeguieta. We can all get something from this Happy Papi, whether it’s just an hour of cheek-splitting laughs or a deeper acceptance for self and others.