A gregarious pusher of boundaries and a spinner of tales.
Vicki Renner 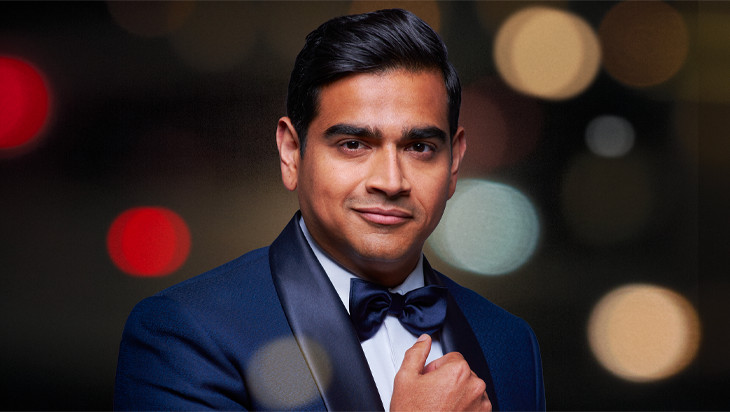 ‘At times, Jayasinha goes deep, providing insight into his own pain, his experiences of racism, and the human condition. ‘ Photo supplied.

Dilruk Jayasinha pushes boundaries in his comedy show Dil’icious – a mash-up of his name ‘Dil’ and a reference to his time on MasterChef (among other tasty things). He spins a good tale with characteristic self-deprecating humour that at times borders on the gross. How much do we need to know about his bowel movements? By the end of the show, I knew more about his body and the noises it makes than I ever thought I needed to. But that didn’t stop me from guffawing throughout.

As Jayasinha takes the piss out of himself and his physical frailties throughout his show, not only do we feel (a little) sorry for him, but we also feel (a little) embarrassed and aware of our own bodily grossness. Moments of levity and clever puns are made more meaningful with moments of revelation about what it’s like to straddle both Sri Lankan and Australian identities.

At times, Jayasinha goes deep, providing insight into his own pain, his experiences of racism, and the human condition. At times, he goes deep throat. (No, I’m not giving the punchline away.) At times, his comedy elicits an ‘Oooh I think that’s too far’ reaction, but he deftly steps away just in time with funny one-liners and carefully crafted stories.

Every now and then he says, ‘I can feel you pulling away’, as he pushes the envelope on what’s acceptable in talking about or even imitating other races. As he says, it’s time we white people (the majority of the audience on the night I was there) felt a bit uncomfortable. There’s a bit of schadenfreude as he laughs at our discomfort, and we laugh along with him. We can’t help it.

Like many other comedians during this year’s Melbourne International Comedy Show, Dilruk mines the COVID experience. Now that we’re (mostly) on the other side of that collective chaos, it’s cathartic to laugh at it, to take a look at something that’s nearly in the rear vision mirror. There’s recognition and shared understanding in the room as we laugh at his stories, and it’s entertaining to hear a COVID story that differs from our own.

The longest running story, full of observational humour, one-line puns, and honest, sweet analysis of people, is about a woman he met online during the pandemic. His stories about her bogan family, what happened when they met, and the strange things his body did when they had sex for the first time alternate between the hilariously funny (tears running down my face!), the uncomfortably awkward, and the downright lovely. This is comedy that pushes boundaries and draws us in close at the same time. Simply delicious!

Dilruk Jayasinha performed at the MICF from 31 March-24 April 2022.

The Sydney Festival season of Dil’icious runs from 7-8 May with the Brisbane Comedy Festival running on 27 May.