A stand-up show about the lives of foreign backpackers on Australian farms and a cross between a personal working holiday retrospective and a culture shock narrative.
Arjun Rajkhowa 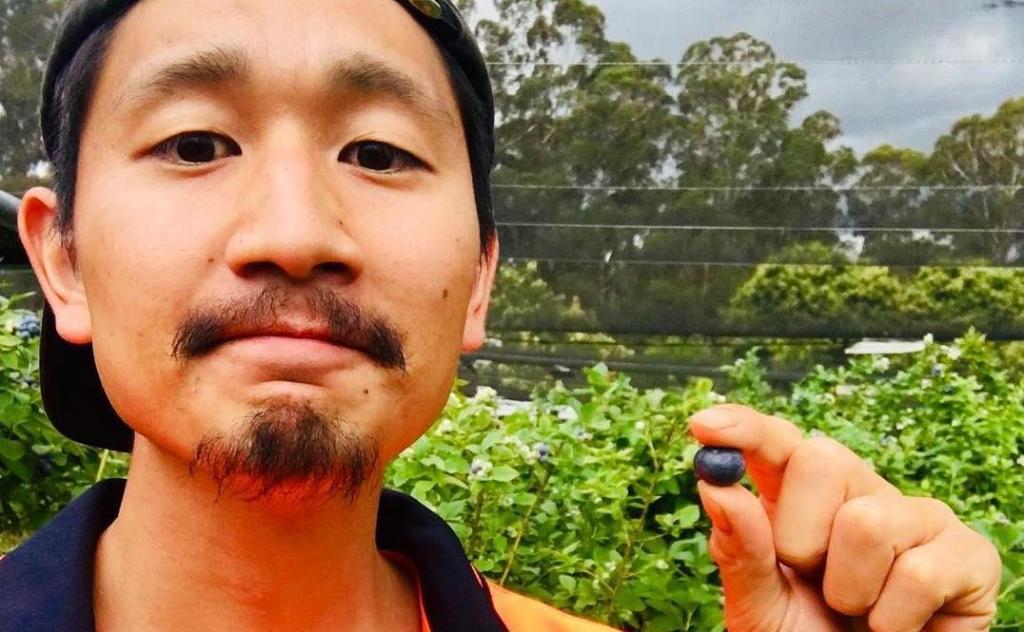 ‘So gross!’ is the central refrain of Takashi Wakasugi’s show. Image supplied.

Takashi Wakasugi’s Farm Backpacker (Subclass 417) is a stand-up show about the lives of foreign backpackers on Australian farms, and a personal account of back-breaking farm work, close-knit (but transient) communities, messy toilets and kitchens, immature youngsters and nocturnal shenanigans. Wakasugi is funny, clever and insightful. Filled with photos and travellers’ poetry, this show is a cross between a personal working holiday retrospective and a culture shock narrative.

Japanese national Wakasugi is ambivalent about his days as a backpacker/farmworker in Australia. He enjoyed embarking on a radical break from his comfortable and conventional work life in Japan a few years ago, much to his parents’ chagrin. But he did not fully anticipate how difficult it would be to do farm work in hot and sunny Australia, and live with 50 or so other backpackers in what may politely be described as some fairly limited workers’ accommodation in some of the toughest (albeit most beautiful) agricultural land this country has to offer.

His biggest shock – and continuing source of dismay – was, unsurprisingly, the poor quality of the shoddily maintained toilets he encountered on Australian farms. ‘So gross!’ is the central refrain of Wakasugi’s show, which is full of alarming but hilariously delivered revelations about farm toilets and the idiosyncratic habits of the young and hapless folks who were compelled to use them. ‘Wash your fruits and vegetables,’ he deadpans.

Wakasugi is a quirky mixture of earthy, swearing roughness and finer sensibilities. For me, the highlight of his show was his ‘farm backpacker haiku’. I can’t reproduce his brilliant haiku here but suffice it to say that he uses this pithy genre of poetry to devastating effect, targeting Spotify Premium, UV radiation (of course) and more.

This is definitely a show worth catching. The wry humour, hilarious anecdotes and insightful commentary make it absolutely worthwhile. It is also a show that educates. Given that supporting the agricultural workforce is a key plank of the post-COVID economy, Wakasugi tells us a fair few things about (mainly foreign) agricultural workers’ experiences. In his jesting lie hints of opportunities for improvement. He confesses his fear of the prospect that one of his former employers might actually attend his show and hear his no-holds-barred account, but it might be worthwhile for some of them to do so!