A clever and romantic romp about love and loss.
Caitlin Burns 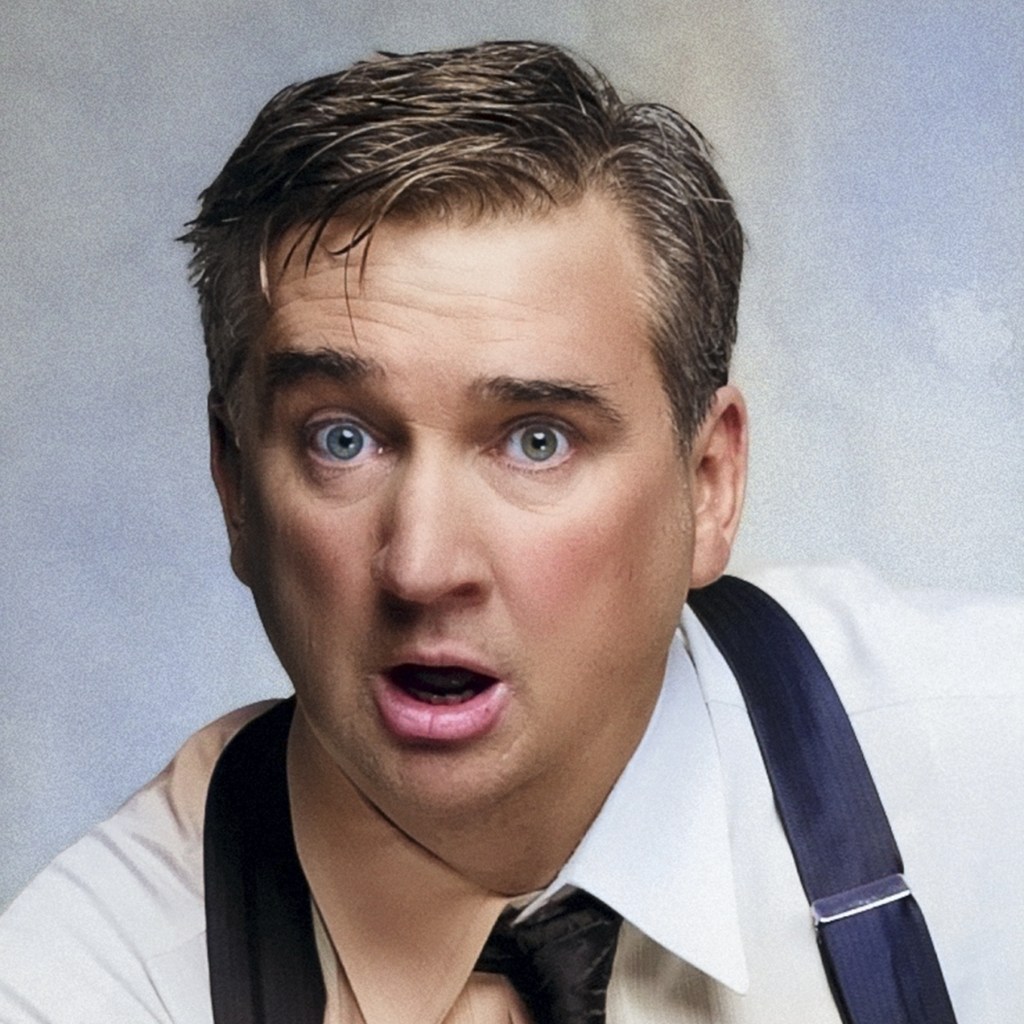 ‘Callinan embraced his role as the curious son trying to piece together his parent’s past.’ Photo supplied.

Damian Callinan’s Double Feature is a clever and romantic romp that explores family dynamics and love and loss across generations. Callinan is up to his old tricks – this time with a heartfelt twist. The three-time Barry Award nominee and creator and star of the Netflix film, The Merger, entertains with his usual finesse for storytelling. Harnessing his knowledge as a filmmaker, he incorporates visuals on the big screen of post-war Melbourne, transporting the audience back to a time when tram bells chimed, milkmen delivered bottles to your doorstep, and women wore their Sunday best to double features at the Palais. If this Melbourne sounds foreign to you, look elsewhere for your comedy high, but for those who enjoy a laugh down memory lane and find humour in life’s simple pleasures, you have come to the right place.

In a 60-minute performance that didn’t quite have all the bells and whistles of a B-grade Hollywood production (perhaps just the soul), Callinan paid tribute to his parents, Kathleen’s and Adrian’s loving relationship. After discovering his mother’s 1946 journal and his father’s retirement diary, Callinan recreates witty and highly amusing scenes from each account. The audience laughed at a myriad of father-son imitations, quirky dancing, voice-overs, and lines of Catholicism jokes that dragged on longer than a Palm Sunday procession. Whether it was keeping track of which son had borrowed dad’s mower, or the list of male suitors lining up to dance with a young Kathleen – including a rather persistent fella named Ron – Callinan ultimately reflected on the unique and undying connection we all have with our parents.

Dressed in a dapper ensemble, consisting of suspenders and a signature 1940s waxy combover, Callinan embraced his role as the curious son trying to piece together his parent’s past––to the point where it no longer seemd like an act. In a tender moment, he shared with the audience the agonising pain of loss and the integral role comedy can play during those times.

Although the performance is well executed, there were moments where pacing and tone were forgotten. Countless production elements and storylines were in contention with one another for the spotlight, causing the audience to turn their attention away from the heart and soul of the show: Callinan himself; and leaving them confused and overloaded with new characters to keep up with.

Despite this confusion, by the end of the show, you would have laughed, cried, and left the Greek Centre feeling as though you were a part of the Callinan clan.

Damian Callinan will be performing until 24 April 2022.

Caitlin is a Melbourne-based writer and screenwriter. Her work has featured in The Blue Nib Literary Magazine, Australia’s Style Magazine, LIP, Intrepid Times, among others. In her spare time, she writes book and movie reviews for her blog, An Aussie Broad.