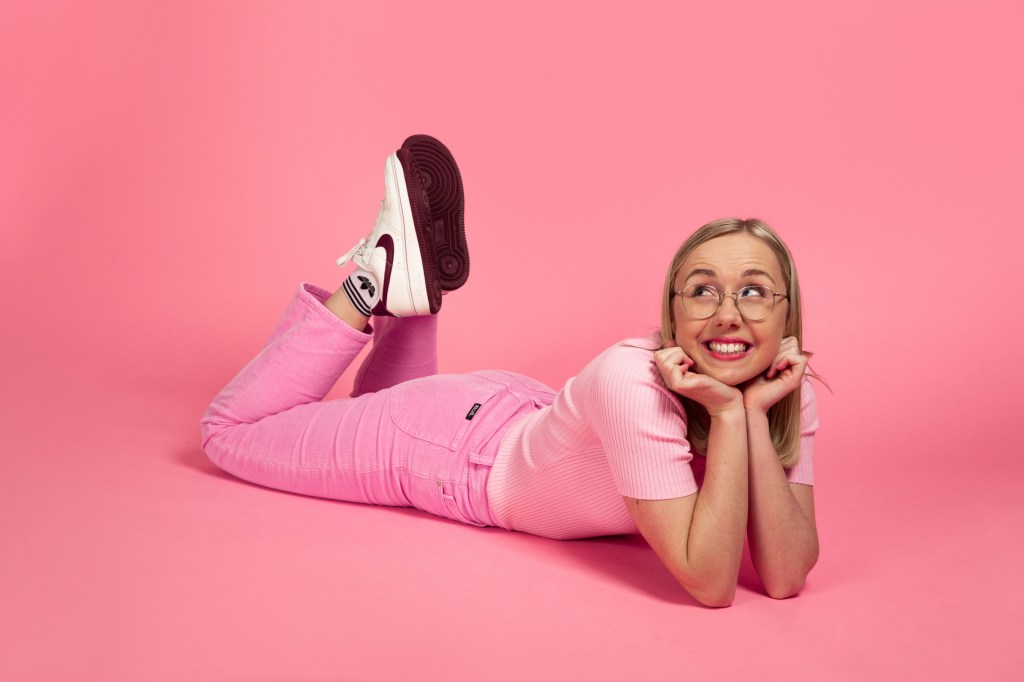 Alexander-Hunt warns her audience that there’s more of that kind of thing to come, in a show she observes is probably not suited to the 6.10pm slot (so perhaps brace yourself for the 5.10pm Sunday performances). Within the intimate confines of one of Melbourne Town Hall’s smallest rooms, and without access to booze, the audience on this occasion wasn’t so much a hard one as a shy one for the most part. That hampered the comedian’s frequent attempts to engage with them generally and individually, but she gamely carried on with a show that isn’t particularly smutty but rather up front about sex, love and relationships.

Highly Strung covers four kinds of love: first, unrequited, unconditional and self-love. They are presented in neat chapters, prefaced by Alexander-Hunt expertly playing short violin solos from popular classical works such as Vivaldi’s Four Seasons, while ephemera from her millennial life appears on a screen. These incisively curated photos, text messages and snapshots from Dolly magazine are funny stuff, and underscore this comedian’s willingness to turn embarrassing personal information into public comedy.

Everything from sex positions to dating-app dead ends, and failed relationships to her dysfunctional family are fodder for this self-deprecating show. It’s well paced and also uses screen content within the ‘chapters’ – like Alexander-Hunt’s first kiss. As a child she was coerced into participating in her mother’s TV project, so it’s captured for posterity, a neat example for Highly Strung’s narrative about love life always going awry. It’s a show that joins the dots and ticks the boxes, with only one real bum note, when Alexander-Hunt puts the boot into a friend who thinks NATO is a country. It never gains the momentum a stand-up hour needs to take off, however.

Alexander-Hunt is a relative newcomer, having been a Raw Comedy state finalist in 2019, so perhaps a little more experience – plus a later time slot and audiences with a relaxing drink or two under their belts – will get the jokes flowing for this self-proclaimed highly strung comedian.

Patricia Maunder has more than 20 years’ experience as a professional writer, editor and broadcaster – for Australian media such as The Age, Gourmet Traveller and ABC Radio, as well as international publications including Opera magazine (UK) and The Gazette (Canada). She writes arts, travel and lifestyle editorial, and also undertakes copywriting projects for a broad range of commercial clients, from Spirit of Tasmania to Australia Post.