Keeping to the brief of book-related material would have made for a stronger show.
Thuy On 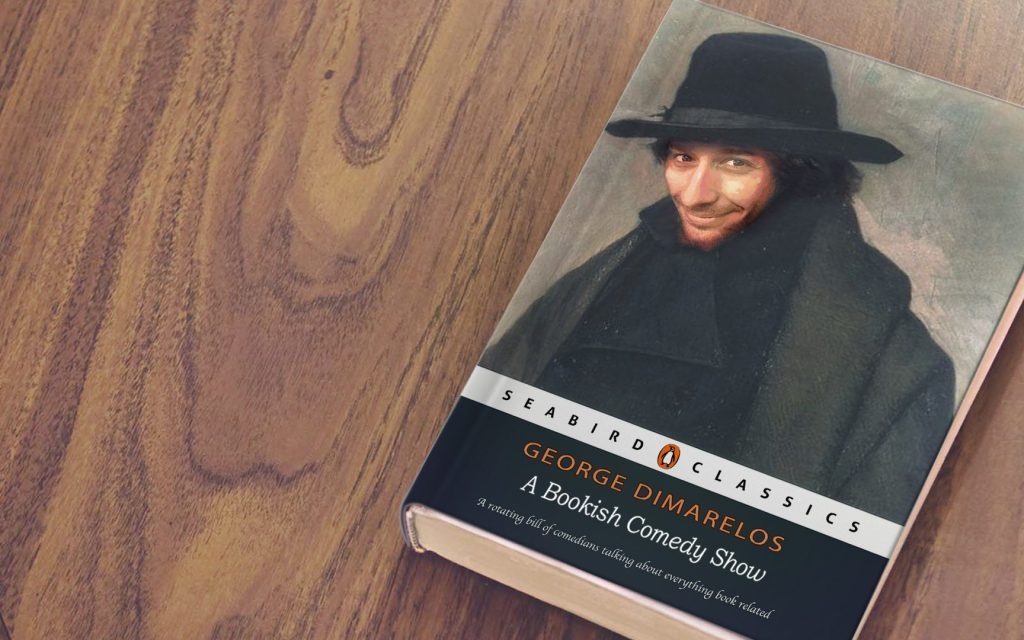 Storyville is the ideal setting for A Bookish Comedy show. Photo supplied.

The Melbourne International Comedy Festival (MICF) is well and truly upon us but those who think the buzz is only around the rooms and auditoriums of the Town Hall should be encouraged to visit other spaces that radiate out from that centre point. There are many smaller, idiosyncratic venues that cater to the MICF, including a place called Storyville that’s hosting several acts this year.

For those unfamiliar with it, Storyville is a fairytale and literature themed bar that has whimsical glowing toadstools growing out from its wall and a psychedelic vibe. It offers cocktails with names such as Goldilocks Margaritas, Goblet of Flames and Down the Rabbit Hole.

It’s an inspired choice for A Bookish Comedy Show, back for the third year running. We’re ushered into a room with giant books – their spines feature some iconic titles, including On the Road, The Naked Lunch, Slaughterhouse Five, and Fear and Loathing in Las Vegas. The setting at least, was perfect. The affable host, George Dimarelos, explained his literary credentials (he reads lots of books!) and there was plenty of easy banter with the audience (devout page-turners, one and all) about some of our favourite titles, even if Dimarelos provoked tut-tutting surprise for never having heard of My Brilliant Career.

Dimarelos ran quizzes (guess the book from some pull-out quotes, guess the book from badly-explained plots) before standing aside to welcome a couple of guests. For a show that billed itself on being bookish, one would necessarily expect these other comics to stick to the brief. But the first two players, Lauren and Greg, delivered a rather confounding take on Dungeons and Dragons, which would be fine if we were at a show unpacking medieval knights, and myths and legends. Given that at least half the audience pleaded ignorance of this obsessive game (this reviewer included) made their antics hard to relate to, despite their enthusiasm.

Another guest, Jacqueline Mifsud, seemed scattered-brained and ill-prepared. Maybe this was part of her on-stage schtick, but whether or not that was the case, there was not that much bookish-material from her either. (We learnt for instance that she seemed to enjoy reading terrible things happening to small children). Only the third guest, Alistair Baldwin, managed at least to play-role the part of the patronising, egotistical and quite possibly psychopathic novelist being interviewed, (by Dimarelos), a character who would be familiar to any literary festival-goer.

A Bookish Comedy Show was patchy. Dimarelos should continue with his patter; he’s congenial and an endearing host (even if he says his moustache is more Super Mario than Tom Selleck) but his guests should be prepared to offer material that’s actually related to the theme at hand, instead of trailing off into random, non-bookish paths.