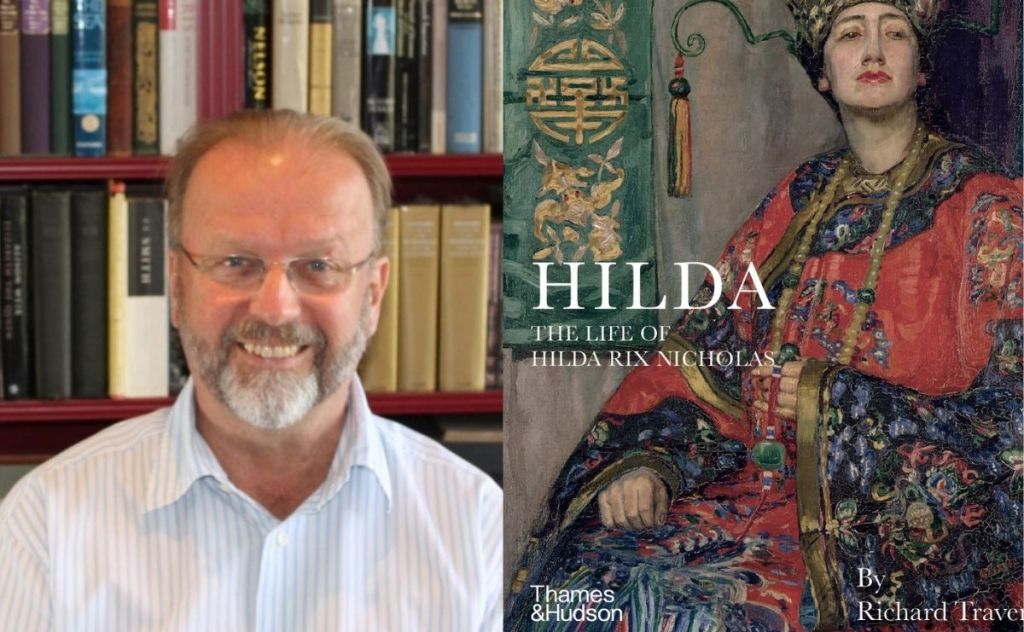 ‘Even though her work is held in many public and private collections, including state and national galleries across Australia, she has not enjoyed the acclaim and recognition accorded to some of her peers. ‘Photo supplied.

Hilda: The life of Hilda Rix Nicholas really is a superb example of the artist monograph. It is diligently researched, intelligently written, thoughtfully designed, and beautifully illustrated. Author Richard Travers makes a good case for his subject, the painter Hilda Rix Nicholas, to be accorded the status of ‘icon of 20th-century Australian art’.

This status is perhaps somewhat overdue. Even though her work is held in many public and private collections, including state and national galleries across Australia, she has not enjoyed the acclaim and recognition accorded to some of her peers.

Nicholas was born into a wealthy Melbourne family in 1884. Her mother Elizabeth was an active artist who exhibited regularly and had studied at the National Gallery of Victoria Art School, where Nicholas would study some 20 years later. Her mother inspired and encouraged the budding artist and ensured she had every opportunity to be educated and study art both here and overseas. One of Nicholas’ early drawing teachers was the renowned Australian artist Frederick McCubbin.

As a young woman, she travelled widely through Europe with her mother and sister, undertaking the ‘Grand Tour’ of the great cultural capitals. She lived in France and England and spent quite some time in Morocco.

Nicholas soon developed her own illustrative style of painting that was popular throughout her career; she was also accomplished in drawing and portraiture. She favoured vivid colours and relaxed brushwork to bring to life intimate observations of ordinary people, often in exotic settings. These small moments in time are some of her most memorable works in both paintings and sketches.

The foundation of her career as a professional artist came in November 1912 with her first solo exhibition in Paris. The French state bought one of her Moroccan paintings, Grand Marché, Tanger, for display in the Musee National du Luxembourg. They paid ‘well above the threshold’ for this oil on canvas, and Hilda’s career was firmly launched. This painting is now in the permanent collection of the Art Gallery of South Australia, which holds ten of her works.

The genesis of this book was in Travers’ previous work To paint a war: The lives of the Australian artists who painted the Great War, 1914-1918, published in 2017, which featured many of Hilda’s works. These war paintings include A Man, described by Travers as ‘the finest Australian painting of the Great War’. Another of her war paintings, These Gave the World Away (1917), is in the National Gallery of Australia collection which holds 37 of her works. These paintings graphically illustrate the horrors of war and are remarkable for the time in being painted by a woman.

This excellent book goes beyond her career as an artist to show us her milieu, her family, and her loves. Her first husband, Captain George Matson Nicholas, discovered her work when he was in France and went to London to see her. Just two days after their first meeting, she accompanied Captain Nicholas to Buckingham Palace to receive a Distinguished Services Order from the King. What a way to impress your new girlfriend! Travers includes a wonderful photograph of the couple arriving at the Palace.

Hilda and George were married within the week. After a brief honeymoon, he returned to active service in the War. He was killed just five weeks later. She had also recently lost both her beloved mother and her sister and was suddenly very much alone in the world. Travers says she survived the ordeal by ‘drawing on unimagined reserves of resilience and fortitude’.

Twelve years after this crashing heartbreak she married her second husband, Edgar Wright, and they remained together until she died in 1961. She was buried at Knockalong, the family property in rural New South Wales where they had lived for many years and had brought up their son. She hadn’t really painted or exhibited since the late 1940s, although there have been a few retrospectives of her work over the years since her death.

After a legal career spanning three decades, Richard Travers is both a law lecturer and an art historian; he is also a practising artist. This is his third book. Highly recommended.