Book review: The Future of Us by Liz Allen

for social researcher Liz Allen, the study of population, or ‘demography’, is like a real-life Choose Your Own Adventure.
Ellen Muller 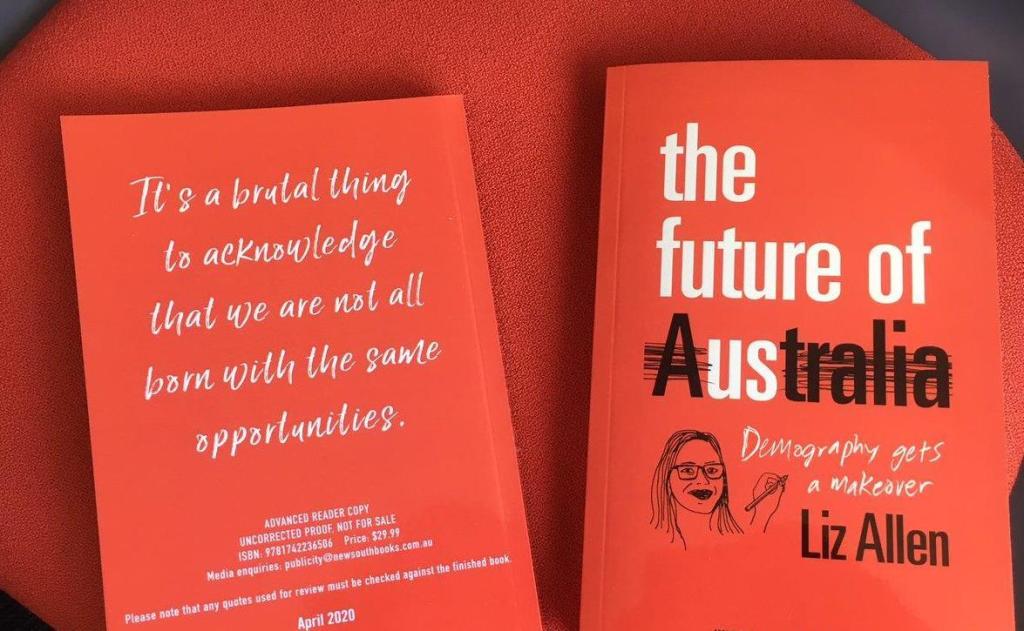 Book cover image: The Future is Us by Liz Allen.

While statistical analysis of Australia’s births, deaths and migration rates may not at first sound like the most exhilarating topic to the average reader; for social researcher Liz Allen, the study of population, or ‘demography’, is like a real-life Choose Your Own Adventure. By understanding the dynamics of population, we can predict multiple ways the future could look, and strive towards the brightest possibility for all Australians.

Hoping to give demography a makeover; Allen’s obvious passion for measuring precisely how the personal is political, makes The Future of Us a witty, intelligent and ultimately optimistic introduction to demography and why it deserves more of our attention. What’s more, by starting with her own background and incredible story of finding demography by chance at university – and how it helped her make sense of her place in the world – Allen proves she is the best voice to initiate a wider conversation, and represent why demography is so much more than an academic niche.

Allen highlights that demography is an area for everyone as its influence is individual, but equally as it is likewise a shared story of who we are as a nation. After introducing what demographics has meant to her on an individual level – as a teen mother, a person who has experienced homelessness and a sexual abuse survivor – The Future of Us commences with Part I; a segment dedicated to historical context, beginning at the first major human migration to what is now known as Australia, over 65,000 years ago.

Part I’s two chapters present a concise glimpse of Australia’s population shifts across time, from Indigenous Australia to the White Australia policy, and major migration trends triggered by war. This context is integral to comprehending how we got here and the present shape of contemporary Australia  – the subsequent focus of the book’s next segment.

Titled ‘The Problem with Us’, Part II, builds on historical context by chronicling lingering remnants of this past within an ever-changing Australia. Utilising demographic data, Allen is able to trace fundamental elements to poverty and our ability to create change: such as the extent to which wealth inequality is perpetuated generationally, how much shared-lived history effects voting behaviour and the politics surrounding home ownership.

It is here where Allen also delves into a meaningful analysis of Australia’s migration rate and in turn challenges popular mentalities that construe rising population as something to be feared. Through a comprehensive examination of who forms our existing population – and in particular median age bracket of our current populace – Allen’s approach breaks common ‘carrying capacity’ myths by clarifying why population cannot be fully understood by its size alone. Most notably, her research also confirms that greater long-term infrastructure investment is the key to minimalising congestion rather than reducing migration.

Finally, Part III concludes with Allen offering pragmatic ways in which demography and ‘innovation narratives’ could be a pivotal element for addressing inequality and cultivating profound long-term change. Although the future is commonly considered something to feel pessimistic about, The Future of Us shows that it is in everybody’s interest to be optimistic and that, ultimately it is not a far-fetched goal for demography to be utilised as a force for good.