As you would expect from a poet like Philip Salom, this novel lilts and dances.
Erich Mayer 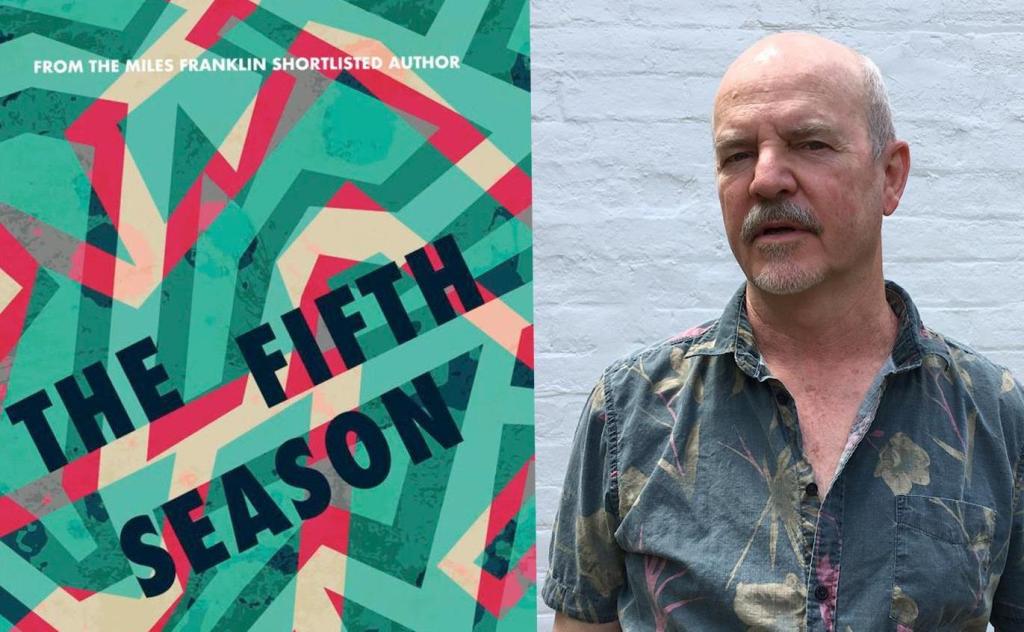 This literary novel is slow-paced but not plodding. As you would expect from a poet like Philip Salom, the writing lilts and dances. Literary allusions abound but do not intrude, while humour leavens.

The protagonist of The Fifth Season is a writer, Jack, who seeks refuge – or perhaps a haven – in the small Australian seaside town of Blue Bay during the off season.

Jack favours this sort of retreat when he is writing, which is what he does in a desultory sort of way. He is a good listener and enjoys meeting the locals at the pub and hearing their stories. In due course he also meets some of the town’s elite – those who eschew public bars and swap erudite conversation at parties:

Presumably Graeme sounds witty in his own head. And erudite. His comment may have exhausted his entire knowledge of the Testaments.

Blue Bay would be familiar to many readers who have spent pleasant holidays in just such a town – those who have enjoyed banter and gossip with the woman who runs the fruit and vegetable shop, with the down-at-heel tradie who knows everyone, with the regulars who adorn the bar at the pub. Those visitors might even have met a plumber like the one Jack finds has left his job half-finished.

Jack is not a well man but a course of experimental medicine might prolong his life or even save it. He handles this predicament well enough. His concern, indeed his obsession, is less with his own mortality or physical discomfort and more with the phenomenon of found persons, such as the Somerton Man or the Gippsland Man. These are people who have been found dead but remain unidentified; these strange unknowns are the subject of the book he is writing.

Jack’s landlord Sarah is a talented woman obsessed with the loss of her younger sister. She is also obsessed with the memory of her younger sister – a sister who has joined the many people who go missing every year and who may or may not be the agent of her own disappearance. Sarah’s way of coping, or not coping, with her loss is to paint large murals of her sister’s face in prominent places.

Slowly, though also seemingly inevitably, Jack and Sarah get to know and even like each other. Salom uses the juxtaposition of Jack’s concern for the unidentified found with Sarah’s grief arising from the well identified lost to good effect.

To further complicate the issue, Sarah lends Jack a novel that describes a fictional Blue Bay and its inhabitants. Sarah is incensed that the author of that book has depicted her in unacceptable ways: what has happened to the old disclaimer that any similarity to actual events or persons, living or dead, is purely coincidental?

Salom has deftly drawn Jack as a complex character whose strengths and frailties allow him to explore some of the complexities of what it is to be human.

He delves into the forgotten, because that is what the Somerton Man and the Gippsland Man represent. He explores loss without closure, and questions what comes after the end, delving into what is unknown – what might be called the fifth season.