A braided, cross-generation narrative about trauma and freedom.
Elena Perse 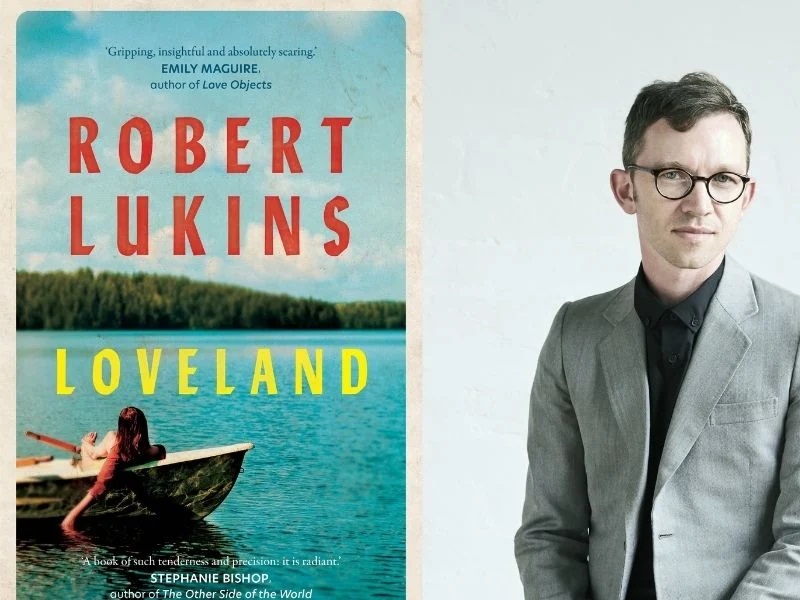 ‘Loveland is populated by a host of richly developed characters. ‘ Photo supplied.

Robert Lukins’ second novel, Loveland, begins on a dramatic note: two women watch calmly as an amusement park burns to the ground around them. In the shallows of the lake lapping at their feet, a man lies with his throat cut.

Decades later, in the aftermath of her grandmother’s death, May learns of this fire-scorched family property. Leaving her manipulative, uncaring husband and angst-ridden teenage son behind, May travels across the world to settle her grandmother’s affairs and sell the property. However, despite May’s intentions, her story unfolds differently; as soon as she arrives in the titular town, Loveland, May is drawn into the complex, secretive world of her grandmother’s past. Everything that she thought she knew of her family history is challenged, and May tries to reconcile her memories of her grandmother with Casey, the unfamiliar young wife of Loveland.

The story traces the parallels between May’s life and her grandmother’s, jumping back and forth in time between the present day, the 1950s heyday of Loveland and May’s own past. The novel begins in Loveland, briefly illustrating the events that pushed May’s grandmother to flee the US for Australia. From there, Loveland slowly fills in the gaps, shedding light on how exactly the situation transpired, as May hurtles toward her own nightmarish conflict. As the novel progresses, Casey transforms into a character of her own, rather than simply May’s memories of her grandmother and we see May’s future inching closer to Casey’s past. The two women’s histories are tightly intertwined – they are linked by blood in every sense of the word. Through May and Casey’s stories, Loveland explores generational trauma, how history repeats itself and what it takes to find freedom.

Loveland is populated by a host of richly developed characters – May, Casey and their families are accompanied by the eccentric inhabitants of small-town Nebraska. The poisoned lake and the decrepit ruins of Loveland are evocatively constructed, as are the rainforests and waterfalls of May’s childhood. The languid, reflective tone of Loveland is occasionally punctuated by scenes of tense, shocking conflict, but for the most part, the novel focuses on slowly and delicately uncovering the hidden secrets of the past.

While the drama promised by the gripping introduction doesn’t quite materialise to the extent promised, Loveland is still an intriguing and insightful read. The mystery of Casey’s past, and the hope for a brighter future for May compel you to read on, as Loveland rockets towards a tense finale.