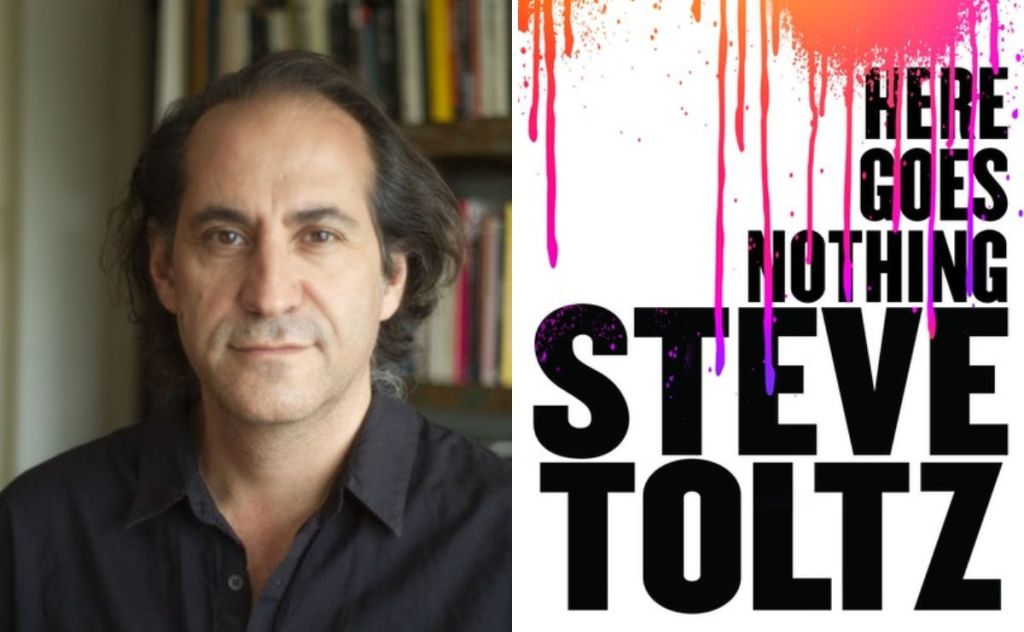 ‘Steve Toltz is brilliant at interspersing philosophical gems and apposite observations into this bleak story.’ Photo by Nigel Bluck.

‘Marriage’, Gracie tells a young couple in Here Goes Nothing, ‘is not without its difficulties,
right? Holy shit, it’s complex. If you want privacy, you’ve come to the wrong institution. Your
life together will be defined by accidents, arguments, unexpected windfalls, and poor
decisions. This wedding will be the least pivotal moment in your whole marriage.’

Gracie has made a successful career as an unconventional marriage celebrant and is married to Angus, the novel’s narrator. He recounts his life with Gracie, both while he is still alive and after he is murdered, as he continues to exist in a strange after-world. He intersperses his story with his views on a range of subjects:

Moreover, I disliked when anyone tried to give me knowledge non-consensually; I
wanted to protect my ignorance, the most underrated of the human rights. Even
when you mutter, “That’s okay, I don’t need to know,” people still talk at you as
though they are an expert witness called to the stand. It’s a mortifying spectacle of unbearable pomposity.

Steve Toltz is brilliant at interspersing philosophical gems and apposite observations into
this bleak story, as things go from bad to worse both in the real world and the afterlife.

We live in a world, after all, critically endangered by climate change – a world suffering
unnecessary deadly conflicts and which is plagued by a highly contagious virus. In spite of
that, many Australians enjoy a high standard of living and are in satisfying and rewarding
occupations. They are surrounded by family and friends and have the time and inclination to
enjoy a good novel.

Whether they would all classify Toltz’s Here Goes Nothing as such is open to debate, however; it can be difficult to enjoy such a grim, albeit imaginative, tale of a
dying world and of a life after death in a chaotic environment that bears some shocking
similarities to the world we currently inhabit. But whether they enjoy it or not, they may
well find it worth reading for its abundance of insights into the human condition.

Many throughout the ages have believed, and still believe, in an afterlife. Toltz’s version of a
post-mortem existence is bizarre and horrifying but that is not the cause of my criticism. His
depiction of the afterlife is more like a bad dream in which much of what happens does not
make sense. Perhaps that is the point but, if so, this reviewer has failed to see it. That is
because there are too many contradictions, too many inconsistencies in Toltz’s depictions of the afterlife.

Having said that, this novel offers a point of view of what may happen to our world. Perhaps
the title says it all, because ‘here goes nothing’ is what we say when we are about to
attempt to do something that we think is likely to fail.