A book that reflects the messy, surreal realities of motherhood.
Cherie Gilmour 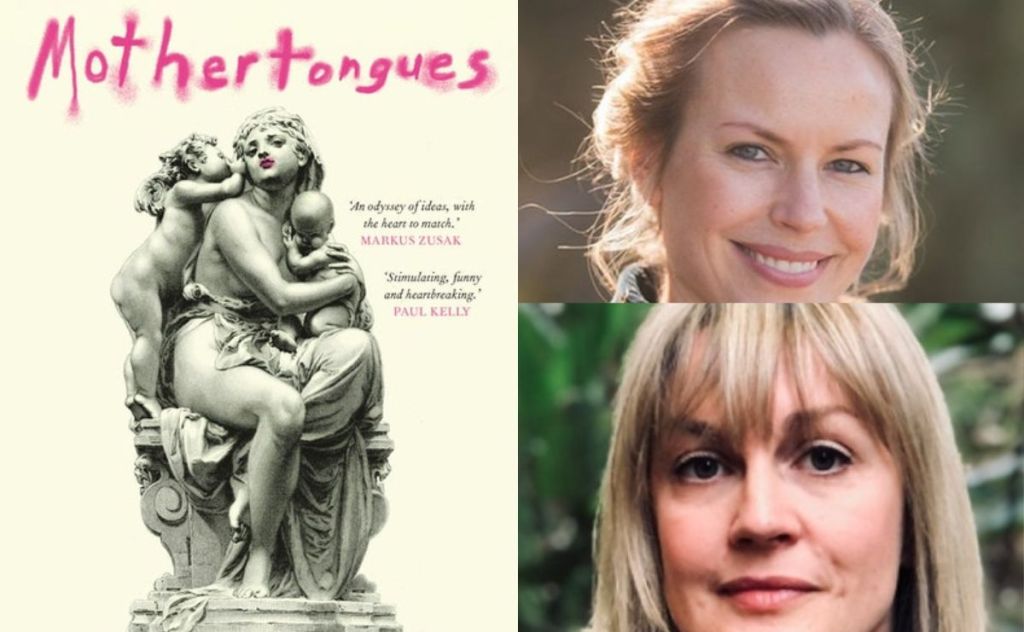 Mothertongues is a fever-dream; a mish-mash of genres and stream of consciousness, perhaps written under the influence of birthing drugs and happy gas. Writers Ceridwen Dovey and Eliza Bell met at the school gate and the book was born from their shared artistic frustrations. Together they explore their psychedelic journey down the rabbit-hole of parenthood.

The book is made up of lists, conversations, diaries, lyrics, Greek heroines becoming mothers and AI assistants Siri and Alexa texting each other over pregnancy woes. There are vivid descriptions of pelvic floors, stool charts and episiotomies and a conversation about contraceptive options written in verse (as if from the mind of kid’s book extraordinaire Julia Donaldson herself). You can imagine the authors strung out from a day of parenting laughing at ideas over a shiraz.

As the cover says, ‘What is motherhood if not messy, non-linear, multi-authored and potty mouthed?’ Motherhood is being carved out in the literary sphere with ‘unerring seriousness (and) ambition’ Lauren Elkin wrote in The Paris Review in 2018. Mothertongues is certainly ambitious; a balm to the mommy-blogs of the early noughties and the pastel-drenched Instagram posts of today’s mothers.

Bell and Dovey attempt to translate motherhood into the frenetic ride that it is, returning to Samuel Beckett’s brand of absurdism throughout. The theatrical elements of the book serve the performative elements of motherhood. In one scene during mother’s group, the women transform into a group of cats who become a kind of Greek chorus. Real birthing experiences are quickly covered up with censored sound bites: ‘she says everything’s perfect of course, that her baby is cruisy’.

‘The experience of motherhood loses nearly everything in its translation to the outside world,’ Rachel Cusk wrote in 2001 in the seminal A Life’s Work. Absurdism seems to be the only path by which the journey of motherhood can truly be understood. The Merriam-Webster dictionary defines absurdism as ‘a philosophy based on the belief that the universe is irrational and meaningless and that the search for order brings the individual into conflict with the universe’.

Dovey and Bell’s use of absurdism is particularly effective when it comes to housework. Their Greek heroine, Odysseia dons a Wonder Woman outfit and starts to monologue about housework. ‘It’s a war I can never win,’ she says, toilet brush in hand, and talks of the mental games people use to make housework ‘bearable’ (instead of ‘housework’, call it, ‘homemaking’).

Read: Theatre review: We Will Slam You With Our Wings

Mothertongues pulls off what it sets out to achieve; a genre-defying exploration of one of the most ordinary-extraordinary experiences of being human.

Cherie Gilmour is a freelance writer from Torquay.