The wife of T.S. Eliot is reimagined in the finale of Carroll's Eliot Quartet series.
Ellie Fisher 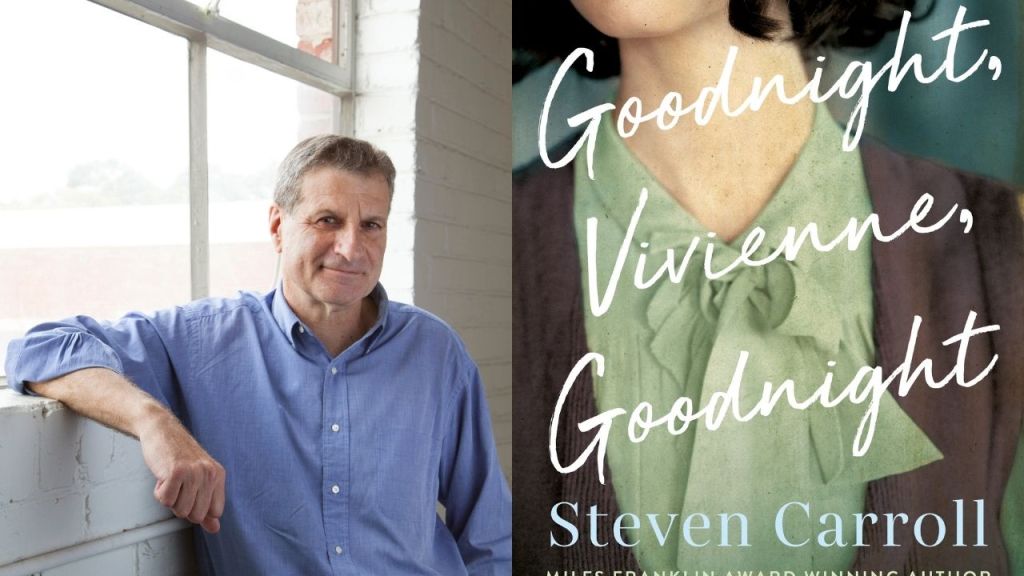 Goodnight, Vivienne, Goodnight closes Steven Carroll’s Eliot Quartet, a series of interlinked novels on the life and loves of T.S. Eliot. Each of the four novels speaks to one of Eliot’s Four Quartets. The previous volumes are The Lost Life (2009), A World of Other People (2013) – which, with Richard Flanagan’s The Narrow Road to the Deep North, tied for first place in the 2014 Prime Minister’s Award for Fiction – and A New England Affair (2017).

Eliot is not the main preoccupation of Goodnight, Vivienne, Goodnight, however: rather, the central focus falls on Vivienne Haigh-Wood, his tragically troubled first wife. Set in London in the summer of 1940, Carroll imagines an alternative reality grounded in literary history as the landscape of his novel.

Vivienne – always mentally and physically delicate – was deeply traumatised by her husband’s decision to separate in 1933. Several years later, after demonstrating signs of mental distress, Vivienne was committed to a mental institution.

This is where Carroll takes up his reimagining. He poses the question: what would it look like if the ‘mad wife in the attic’ regained some of her mental stability, and made a bid for freedom? And what might that mean for both Vivienne herself, and for contemporary societal expectations of women like her? In Goodnight, Vivienne, Goodnight, Vivienne escapes from the mental asylum with the help of the Lunacy Law Reform Society. If she can stay free for thirty days, an old law states that Vivienne cannot be forced to return.

The novel is set over the four weeks of Vivienne’s freedom. The central conceit of the plot is the play between fox and prey, as Vivienne is trailed by a detective sergeant set on locating her before time runs out – or she does something to endanger the fame of Eliot’s poetic career. The four slices of the narrative each present shifting chronologies – moving between the anxieties of evasion, and memories of the Eliots’ turbulent marriage.

Sergeant Stephen Minter plays the role of ‘detective as biographer’ – he stands in for Carroll as authorial persona within the novel, as he uncovers the facts of Vivienne’s life. Gradually, Minter sifts a picture of Vivienne – as woman, as wife, and as, in the words of Virginia Woolf, the ‘bag of ferrets’ Eliot wore ‘round his neck.’ Through Minter, Carroll attempts to excavate the unacknowledged role Vivienne played in fostering Eliot as a poet – and the sacrifices she made to her own creative life as a result. ‘He hadn’t grown into the name,’ Carroll notes of Eliot’s early literary career.

He needed shoving, and [Vivienne] shoved with all her might.’ Carroll’s writing is strongest here, when he speaks through Minter: there is a greater sense of narrative authenticity, and of narrative flow. Minter – an immigrant Austrian Jew – also serves to highlight the historical setting of the novel. He plays an important role in underscoring the anti-Semitic views held by both Eliot and Vivienne, while emphasising the couple’s Fascist sympathies.

The novel is an enjoyable read – easy, and for all the serious thematics it explores, fun. Carroll’s prose is light and fluid. Goodnight, Vivienne, Goodnight has the tone and pace of any typical historic televisual drama: a mystery plot, flat characters embodying the various clichés of English society, and a burgeoning romance which lingers on the edge of ambiguity.

Upon finishing Goodnight, Vivienne, Goodnight, a question arises. Why has a male novelist chosen to reimagine a story from the perspective of a marginalised woman? The literary imperative to reimagine and retell narratives with an eye to elevating historically disregarded voices is growing ever stronger – yet this burgeoning tradition is usually taken up by those whose narratives have been marginalised.

Consequentially, elements of Vivienne’s life – her menstrual troubles, the labelling of her mental health issues as hysteria, the gendered discrimination she faced – seem a little flimsy as written by Carroll. At the end of the novel, he imagines Vivienne ‘disappearing’ from London and arriving in East Coker – Eliot’s ancestral town – in search of a new life. This sequence has an oneiric quality, and the wistfulness of Carroll’s narrative thrust comes to its final fruition.

In reality, Vivienne died in 1947 – alone in the mental institution, never visited by Eliot. Yet Carroll dares to dream of a reality in which Vivienne is freed: she enters a space in which ‘the land falls away, the tide rolls in, and the sea begins…’