There is a magic to these stories that trace the influence of (rural) youth to present lives.
Erich Mayer 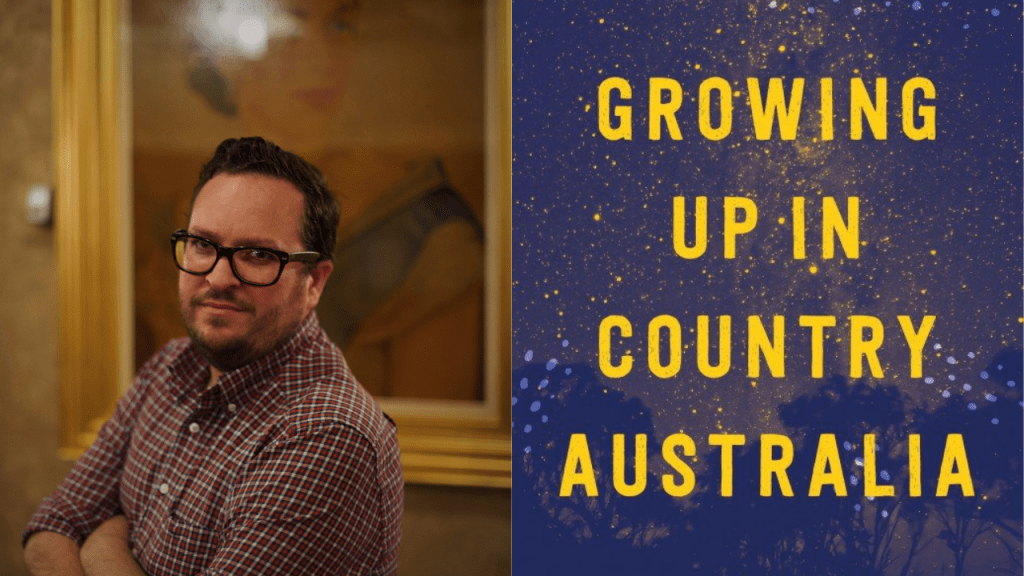 The book is a ‘colourful and gripping pastiche’ of stories. Photo of Rick Morton supplied.

Many of the 40 middle-aged contributors to Growing up in Country Australia – from writers to comedians to professional commentators – will be familiar to the reader. Their stories of childhood and adolescence in rural Australia were selected by Rick Morton from literally hundreds of submissions solicited in a wide range of media. Morton’s selection criteria are not entirely clear from his introduction – though he does reference his own experiences growing up, especially noting the status of school as a ‘panopticon in student lives’ – but the result is certainly a ‘colourful and gripping pastiche’ that aims to update our understanding of what it is to grow up in country Australia in the more recent past.

Some of the stories are of migrants who escaped another life by coming to Australia. Sami Shah, who came to this country in his 30s, contrasts his former home Karachi – ‘a city that thrums with restless, even manic energy’ – with the tiny West Australian town of Northern, which he was ordered to live in. Shah had attended a wedding in Karachi that boasted more guests than the entire population of Northam. But as the years go by, Shah learns that the ‘sameness of each day stopped being a frustration, and instead became something to savour.’

Melinda Mann is of the Darumbal People, the traditional custodians of the Rockhampton and Capricorn Coast area. Her many childhood memories of Country are inextricably interwoven with the lives of her ancestors: ‘We spent so much time in the freedom of living and being on Country. We walked on the same ground, hunted in the same hills and fished the same creeks that our forebears a thousand generation before us did.’ She is among those contributors who harbour happy memories of growing up.

Some of the contributions read more like a short story or an extract from a novel than a simple recounting of experiences. That is not to suggest that they are not genuine recollections of actual events, though they sometimes come across as dramatised for the re-telling or adapted to make a point. Claire Baker begins her contribution by proclaiming she no longer eats meat. She recalls the way her family grew vegetables and how they killed animals on their farm for food, and bemoans that our relationship to the genesis of our food ‘has become so estranged that it rarely factors into decisions about what we eat.’ She says that these days, she will not eat meat unless she is willing to slit the animal’s throat herself.

Sadly unsurprisingly, racism is uppermost in the memories of some contributors. Youssef Saudie skillfully evokes the commonplace horror of it: ‘Walking into the grocery store, my mum receives glares from a room of white faces. We’re used to it. She’s always the only person in a room wearing a hijab . . . There are some brown and bla(c)k faces around, but usually they aren’t acknowledged at all. You can see people turn their heads away from them or even walk in a different direction.’ But Saudie recalls joyful and funny moments too, relating how she proudly considered herself from ‘Pah Paw Pa’ (Papua), ‘smack-bang in the middle of Australia.’

Holden Sheppard, now a successful writer who lives with his husband in Perth, movingly recollects the struggles and hazards attendant upon being a gay teenager in Geraldton. His desire for the new ‘checkout dude’ – a guy who’s ‘sex on legs’ – is realistically ‘a non-starter in this town. Even on the off-chance he wanted it too, my father knows his father from karate. We’d never get away with it. I can never do this here. Ever. By the end of that shift I want to die.’ At age 18, Sheppard makes it to London, determined never to return.

There is no transcendent unifying theme evident in this collection, other than the obvious one of growing up in non-metropolitan Australia, though many of the pieces feature a desire to escape, whether it be a particular town or the fetters of adolescence that they wish to flee. There is the impression that some of the stories have been chosen for their literary merit as well as for their subject matter. Most certainly they have been chosen with an eye on diverse representation; they further reflect that there is at least as much diversity in country living as there is in the cities.

The stories also remind us that racism and homophobia are still very much alive, that the love of Country by Australia’s first people is a vital and powerful factor, that when it comes to growing up there is no one-size-fits-all type of childhood. And all of the stories are worth reading.

Jes Layton, in her tale of a fraught childhood as a queer kid, sums it up: ‘There’s a magic to growing up in the country, under the stars, that I don’t think others know how to appreciate.’ That may be well so, though I suspect many readers will still see some of their own experiences reflected in the stories even if they’re city-bred. Because there is also a sort of magic to these stories as they trace the influence of our youth, and the places where that youth unfurls upon our later lives. 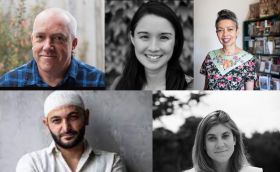 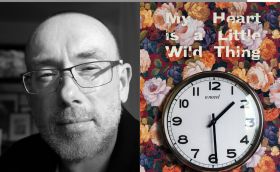 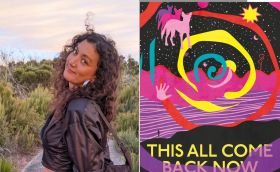