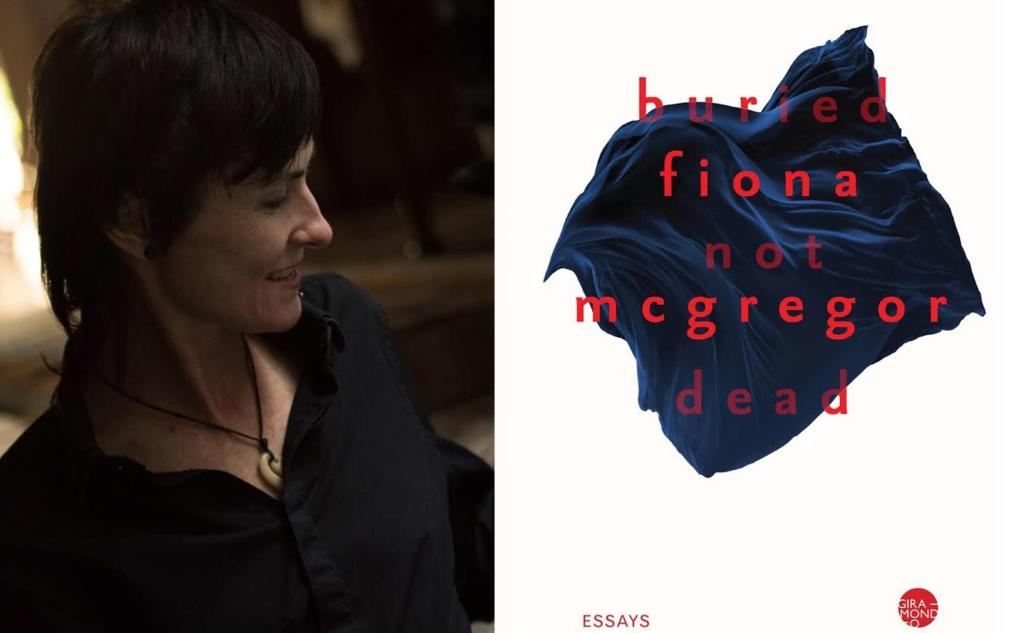 Maria Tumarkin, who’s brilliant metafictional essays have been mesmerising Melbourne and the world for a decade, has high praise for Fiona McGregor and it’s not hard to see why. McGregor’s Buried Not Dead is a passionately alive and lively essay collection which honours both dead friends and the cultures created by these dead friends through art.

Two essays in the book’s opening session Incantations, evoke the San Francisco in Sydney by reporting from the trauma and triumph of Sydney’s artistic and sexual subcultures. The final three essays, in a section called Finales shows in between there is the creative sublime, from house music to the performance art of Marina Abromovic, edified in an immediate, personal way that never makes you forget the cost of being counter in counter-culture.

The first essay, ‘Where Your Cabaret Comes From’ is a strong opening for those who think that Melbourne is the country’s home of pop-up fringe theatre. Its depiction of homosexual coalition building, before the age of hashtag activism animates tales of coming out not being accepted in a loving spirit, and the healing performativities of queer culture.

Buried Not Dead is a dramatic, heartfelt and touching essay that makes you feel excited about the possibilities of counter-culture in a country that can feel so moderate, so homogenous, and so staid.

Two further essays, ‘Dear Malcolm’ and ‘Fortress Mardi Gras’ show that the mainstreaming of queer culture has come at a cost for the communities themselves, far and beyond just the economic costs of the plebiscite, which McGregor observes with distaste. The reader is left with profound questions: about gentrification, about the coopting of queer spaces, about the condition of what makes the arts the immediate expressions of intensity they are.

‘Buried Not Dead is a dramatic, heartfelt and touching essay that makes you feel excited about the possibilities of counter-culture in country that can feel so moderate, so homogenous, and so staid.’

These essays capture the Weimar spirit of Sydney that now seems so ubiquitous in our post-truth, pre-fascist world. With them, McGregor demonstrates her adeptness as one of our culture’s most piercing lyricists, and the publisher, Giramondo, show time and again their ability to choose works that show Sydney’s unique place in the world.